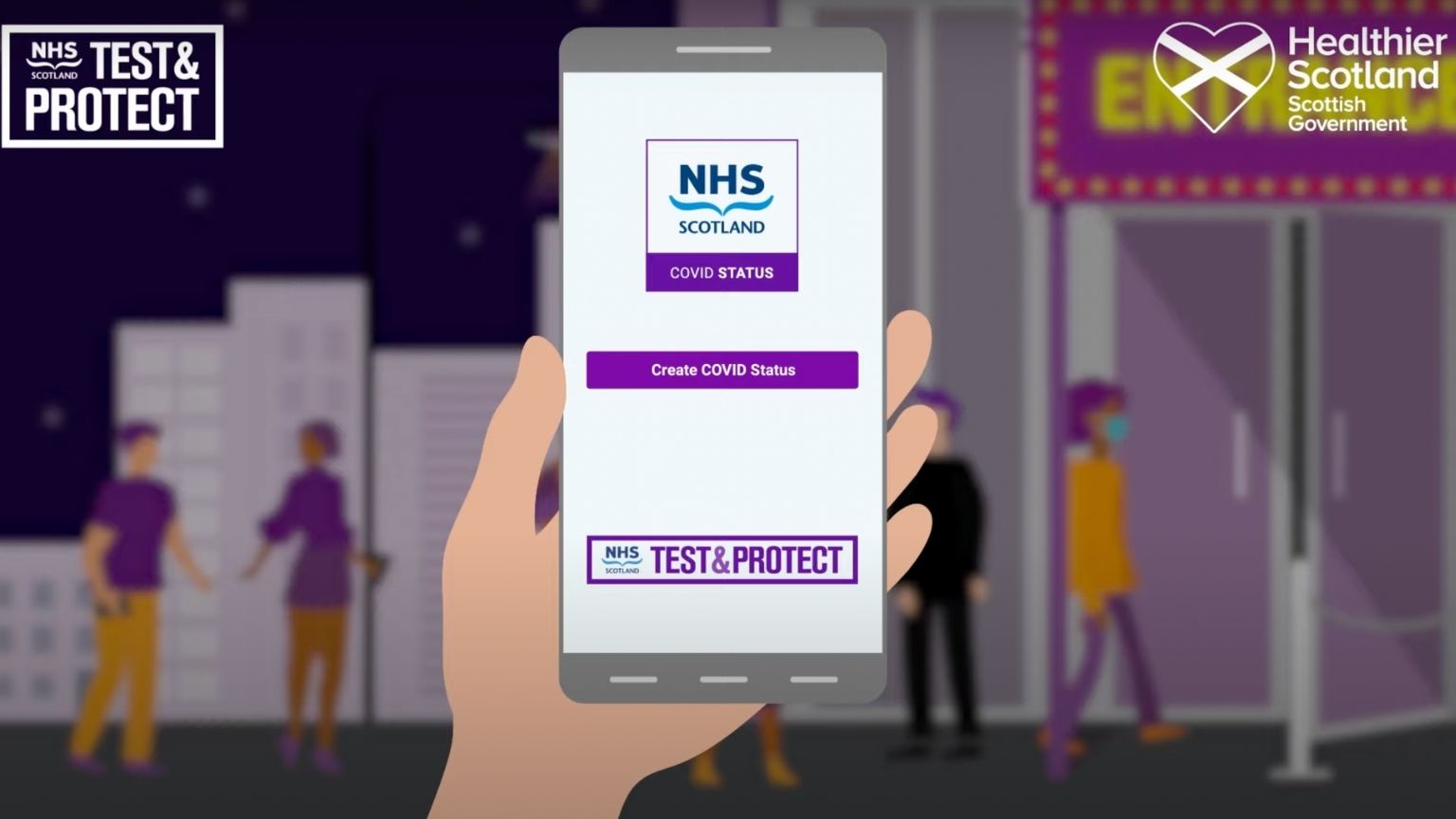 The Scottish authorities’ zeal to force the adoption of COVID passes has not been matched with competence necessary to actually successfully implement the scheme, more and more reports are suggesting.

This comes just as the plan started to be legally enforced on Monday, as it faces backlash from many citizens, businesses, and campaigners.

The situation is being described as ever more chaotic, the latest addition to the list of sometimes embarrassing problems coming on Monday when it was discovered that Humza Yousaf, Secretary for Health and Social Care from the ranks of the ruling SNP party, was misleading the public about a major security feature the COVID passport app supposedly had.

Namely, Yousaf previously claimed that in order to protect users’ personal data from abuse ending in forgery of COVID certificates, it was not possible to take screenshots of the app showing that information. The purpose was to stop unvaccinated people from getting screenshots and then showing them as their own proof of vaccination, thus gaining access to venues that are now banning people based on vaccination status.

But in reality, the screenshots feature works on the app, while these images can be easily shared via messaging app, text or email.

At the same time business, who are said to “hate” the scheme altogether, can opt to do only visual checks of QR codes – which means that an unvaccinated person who has managed to obtain a picture of information of a fully vaccinated one can easily get inside a stadium or a nightclub.

Even though it cost the taxpayers £600,000 ($830,000), some, like Scottish LibDems leader Alex Cole-Hamilton. want the app scrapped, deriding it as so poorly engineered that it can be “outfoxed by anyone who knows how to take a screenshot.”

At the same time the Scottish vaccine passports are under a different kind of criticism, as is Scotland’s First Minister Nicola Sturgeon, who campaigner Alan Miller reportedly accused of enforcing a draconian and “completely illiberal” idea that obligates people to share their most sensitive data with security guards just to gain access to a venue.

Miller also said the vaccine passports “make no sense” because even double-vaccinated people can still contract the virus, and transmit it to others.