DMCA notices, often referred to as copyright complaints or notices, are increasingly being used by corporations to try and suppress leaks online.

Call of Duty: Warzone, just before getting the much-awaited map change, has suffered a leak as a clipping from a yet-to-release video advert of the map change. The clip has started circulating online.

Apparently, the map was set to release in a live event on 22nd April, wherein current-day Verdansk is blown up with nuclear warheads.

The leaked video clipping was first shared by the Twitter account named “On Thin Ice.” Although Activision has been working intensely to suppress the leaked clip from circulating online, several mirror versions have been extensively shared and are currently available across social media platforms.

That said, Activision hasn’t released any official statement with regard to what is being done for combating the leak.

However, the publisher has been filing DMCA complaints to get the content taken down – something that could put creators and reporters’ accounts at risk due to the brash way that social platforms often handle copyright complaints.

On Thin Ice, in response to the copyright complaint, added an apology saying, “Regarding the Warzone video we shared earlier, our intention was not malicious. We saw it being sent around in multiple discord servers and thought it was already public. Sorry for any negative effect from sharing the video.”

Activision got at least one YouTube video taken down, as reported by the news site Charlie Intel.

The leaked clipping shows an 80s-themed version of Verdansk as an under-construction stadium was added and the current-day dam had been replaced with a bridge. Apparently the map change was to be released alongside Cold War’s release back in November 2020, but was delayed due to “several factors.”

After a copyright complaint, Charlie Intel updated its page to say the following:

“We are unable to show you any images or videos from the leak in this article because of DMCA notice from Activision. The account that originally posted the video has also deleted it because of a DMCA request.” 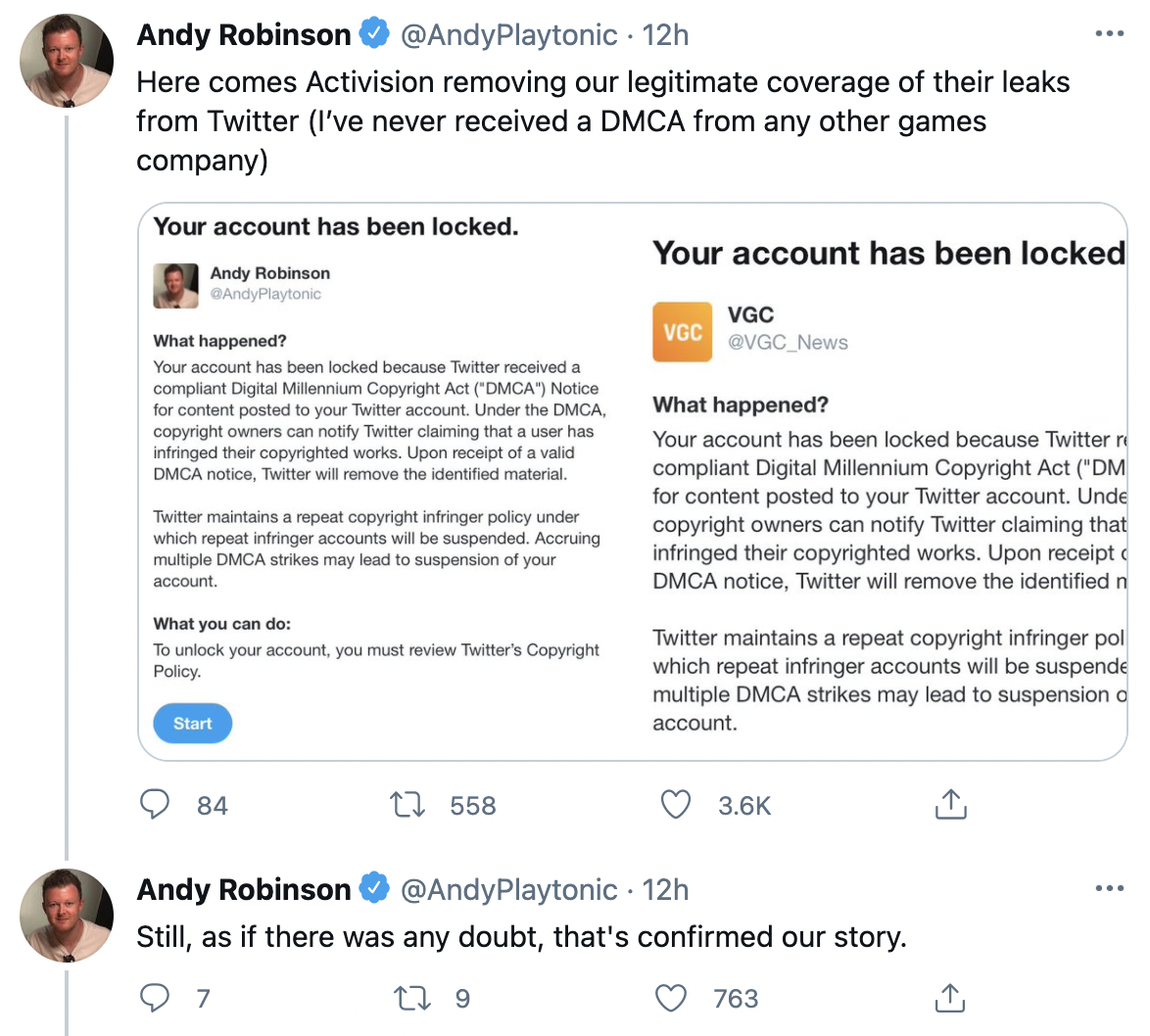 VGC reporter Andy Robinson took to Twitter to announce that his Twitter account had been locked due to a copyright complaint over his reporting on the issue. “Still, as if there was any doubt, that’s confirmed our story,” Robinson wrote.