The catchy tune covers how Article 13 will hurt small creators and that AI cannot accurately assess whether specific pieces of copyrighted content are protected under fair use.
Share 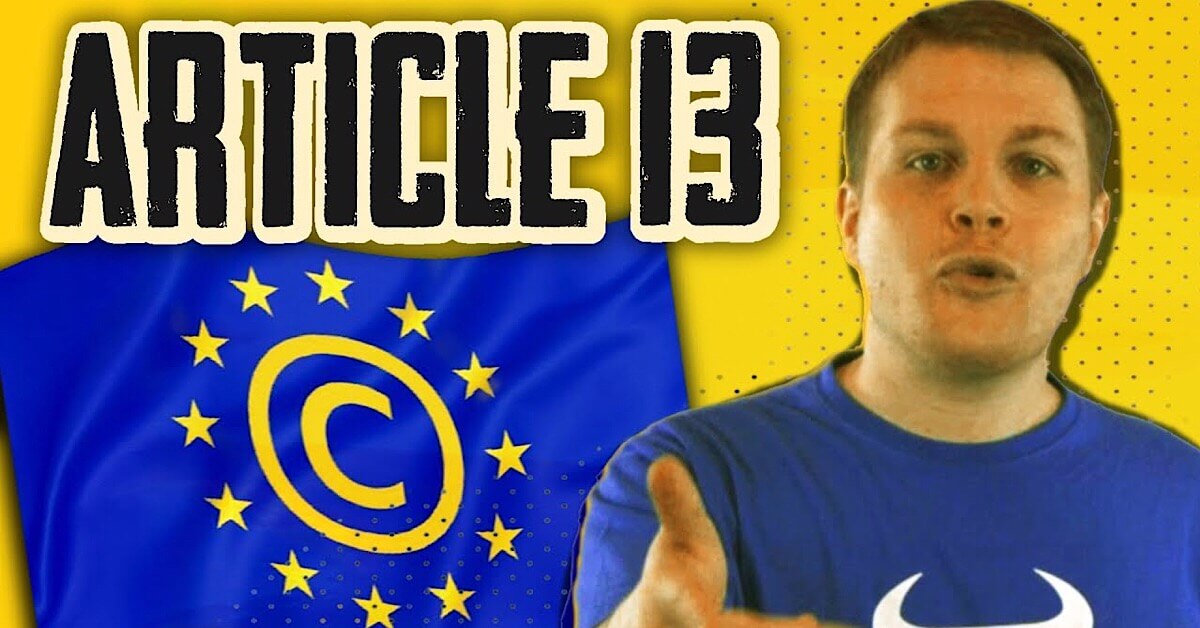 European Union’s (EU) 28 member-states seem set on adopting the new European Union Directive on Copyright in the Digital Single Market – including specifically the controversial Article 13, contained in the proposed legislation.

This is the case despite the proposal being criticized and rejected as ultimately more harmful than beneficial by internet activists, as well as Big Tech such as Google’s YouTube, and variously sized creators using this an other platforms of choice to get their creative products out there.

These may include “satirical memes or parodies” based on and using content such as films, TV, or art, earlier reports have suggested.

The stated goal of the new legislation is to channel more money from tech giants towards artists and media outlets – but not everyone is convinced.

On Saturday, more than 100,000 people across EU’s 28 member countries protested against the proposed legislation, reports said.

And before this, the Electronic Frontier Foundation (EFF) – a California-based leading digital rights non-profit – announced that European Parliament (EP) would soon vote on the directive – described as “home of the censoring Article 13, and the anti-news Article 11.”

Techdirt is reporting that while supporters of Article 13 “keep insisting it’s for the artists” – others, including independent musician Dan Bull disagreed, and demonstrated this in his latest song entitled, “Robocopyright.”

Bull’s catchy rap perfectly encapsulates the many problem with Article 13 and also includes many fun references for people who have been using the internet since its early days (look for the Geocities reference at 00:13). Here are some of the many great points made in the song:

If you are a citizen of an EU member country, and so inclined – Tuesday is your deadline to contact your member of the European Parliament (MEP) and let them know what you think about this proposed copyright legislation, which is scheduled to be put up for a vote on March 26 at noon CET.

If this the legislation passes in the EP, individual EU members will then have to ratify their own laws to accommodate the new EU directive.

And then sit back and hope for the best. After all, it was none other than Winston Churchill who observed that democracy is “the worst form of government – except for all those other forms that have been tried from time to time.”