Aerial footage reveals the extent of the protests. Victoria Police are trying to restrict it.
Share 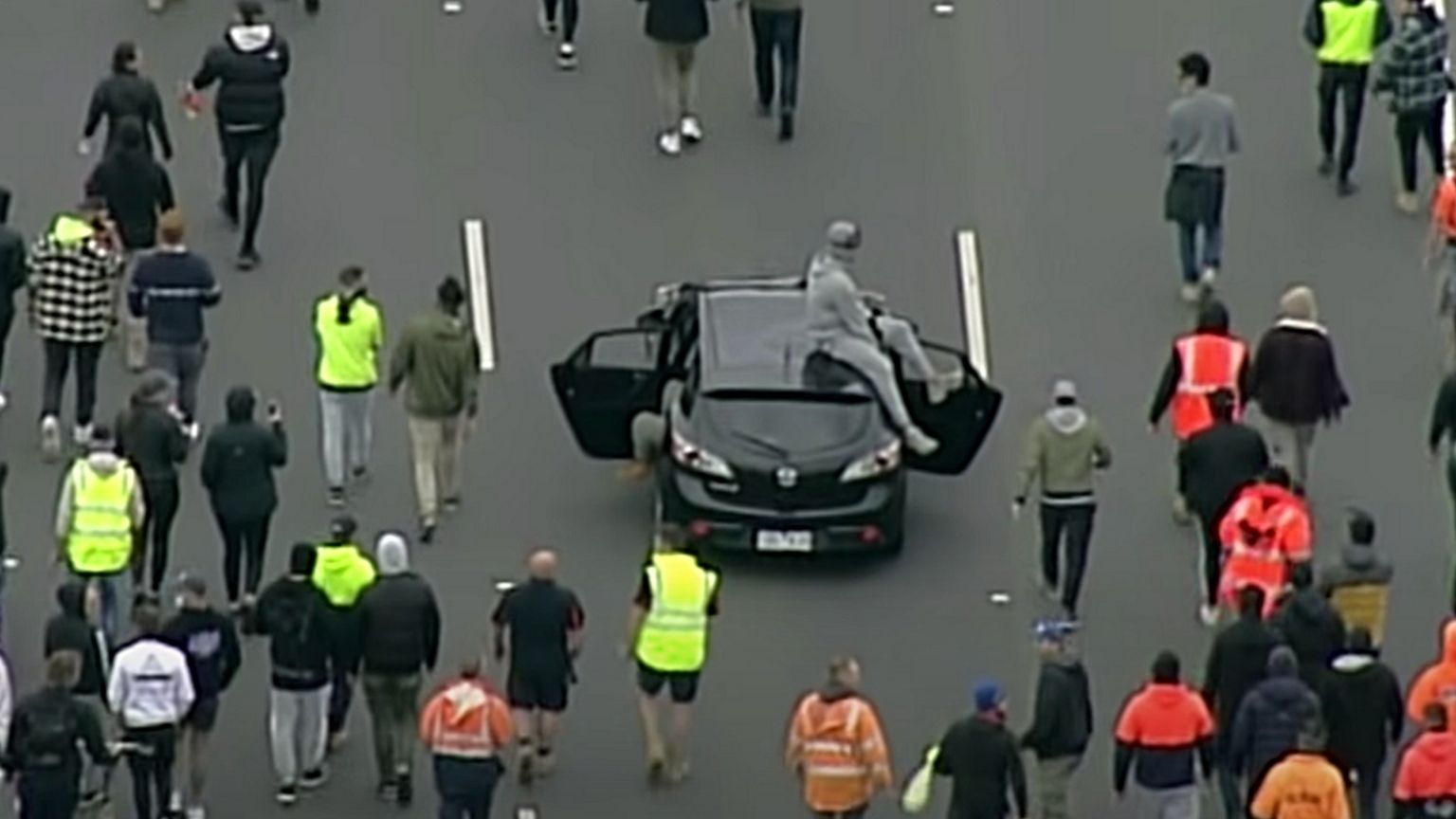 The police in the Australian state of Victoria banned media organizations from taking aerial footage of the massive ongoing protests against vaccination passport mandates, in a major blow to the freedom of the press.

News organizations would have to apply to be able to fly and publish helicopter footage, and will not be allowed to broadcast live.

On Wednesday, Victoria police banned aircraft from flying in the inner city at heights above 2500 feet without approval. The restriction meant news organizations could not use helicopters to capture footage of the ongoing protests. Police claimed protesters were using the live aerial footage to learn the location of officers.

The restriction was eased after the media raised concerns of overreach.

“[Victoria Police] want our chopper footage stopped for operational reasons because they’re concerned that the protesters are going to use the live feeds to give updates on the locations of the police. We find that pretty ridiculous,” said Darren Wick, Nine’s national director of news and current affairs, in an interview on 3AW.

“We know what we’re doing, we’re not here to scaremonger or do anything ridiculous, but the concern for us about this decision was it was made without consultation. In the past, if police sought our assistance, during a siege or during bushfires in terms of excluding chopper vision, we’ve always talked it through with them, we’ve always come up with a sensible decision and we support them.

“We’re not a police state, it’s very unprecedented, and it’s very uncomfortable the decision that’s been made.”

“We need to cover [protests]. We live in an open, free society, we’re a democracy. We allow these basic freedoms to disappear now, what comes next?”

The police caved to the criticism and included a provision for news organizations. While the media will be allowed to fly over the inner city, they will be required to get approval from the police and air the footage at least an hour late.

“As part of the conditions, pilots will need to obtain approval from Victoria Police air wing before taking off, to ensure there are no safety risks,” a spokeswoman said.

“Media outlets will also be required to delay publishing any live-stream footage from the air by 60 minutes or at the conclusion of the operation. This is because protesters were actively monitoring aerial live streams, compromising the police operation and putting the safety of members at risk.”

Wednesday marked the third day of protests in Melbourne, Victoria’s capital. The protests were sparked by an order from the state’s government mandating vaccination for construction workers and proposals for vaccine passports for citizens.