So apparently Belle Delphine got banned from Instagram. From what I found, this Instagram account seems to be the one who took it down or at least one of them. pic.twitter.com/hem6dXZph8

While Delphine does post self-described lewd and NSFW content on her Patreon and private Snapchat, fans are claiming that she didn’t post any nudity to Instagram or break any of its rules and that the account was wrongfully shut down. Instead, these fans believe that the mass flagging campaign was a response to two recent events which added to Delphine’s notoriety.

My day is genuinely ruined. F in the chat for the boys.

Then Delphine angered even more people this month by selling her bathwater – a move that many considered gross and exploitative.

I have an aquaintence who says that theres nothing wrong with what Belle Delphine does because its the gross incel men who buy her bath water and shes a hero for milking them out of their money. Why can't everyone involved in that autistic mess be in the wrong?

Right when I thought belle Delphine was already gross she topped it off when she decided to sale her own bath water….

she's selling her bathwater- it's gross and unsanitary. 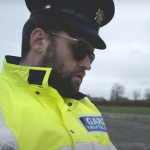 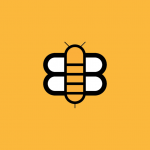