"Accounts have been frozen and more accounts will be frozen."
Share 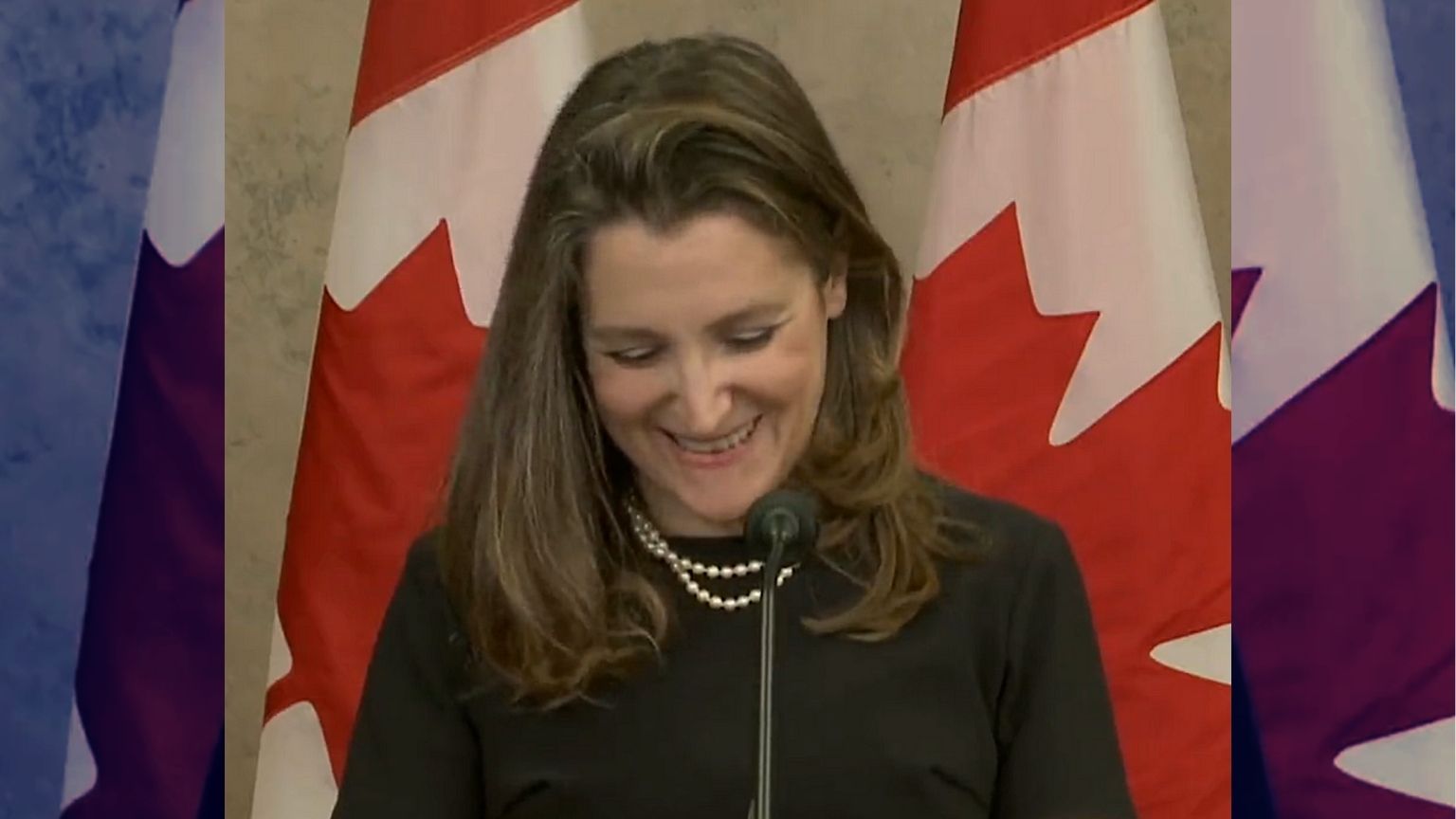 Canada has started implementing its radical and radically controversial measure under the Emergencies Act of depriving people of assets by freezing their bank accounts – a highly unusual way for a “democratic” regime to deal with political or societal dissent.

Another punitive measure against citizens targeted with this political scheme co-opting financial institutions and law enforcement will be to eventually strip protesting truckers of their insurance.

And the authorities in this country, who are these days “struggling” with protests, are doing this in a way typical of elites who show an unhealthy degree of detachment from their constituents.

Thus Finance Minister and Deputy PM Chrystia Freeland gave a strange chuckle while discussing this difficult issue, that can seriously affect the lives of many ordinary people and damage businesses already struggling under Covid restrictions.

Along with the weird – perhaps nervous smile – Freeland confirmed that both corporate and individual bank accounts are being frozen, and that this is set to continue.

Decentralized cryptocurrencies’ claim to being “impossible to confiscate” must sound really good right now to those in Canada who are being punished for protesting against government policies, with their paper money effectively being taken away by banks.

But, said Freedland: “The names of both individuals and entities as well as crypto wallets have been shared by the RCMP with financial institutions and accounts have been frozen and more accounts will be frozen.” (The “RCMP” mention refers to the Royal Canadian Mounted Police).

She also said that financial institutions and law enforcement will be working together in identifying whose account to freeze next.

This leaves “an unknown number of protesters in financial limbo,” CBC reported.

At the same time, this government minister claimed during a press briefing on Thursday that both due process and Charter rights remain in place, adding, “Of course, the courts are there.”

There for what, you might wonder at this point? As one of the institutions that are there to “support Canadians,” said Freedland.

Canadian media reports say that protesting truckers could also lose their insurance, another warning uttered by the minister. And – Canada’s authorities have not forgotten the ways people are still capable of exercising their financial independence – cash and cryptocurrencies – saying that law enforcement is hard at work gathering information about protesters and their supporters, and working with banks to “restrict access” to these forms of money as well.