UK House of Lords’ Baroness Claire Fox on online anonymity: “The last thing I want to do is ban something else.” 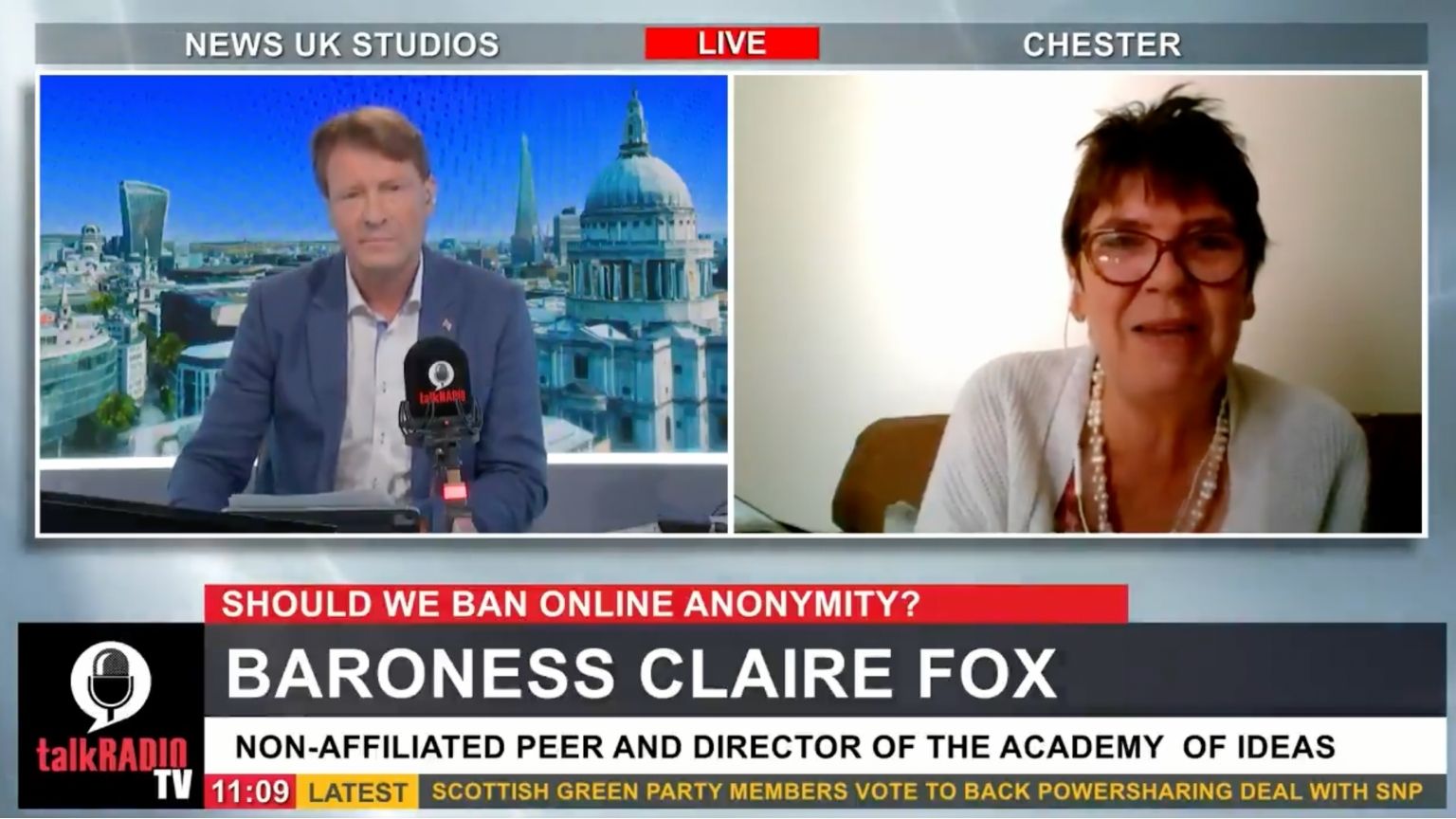 Baroness Claire Fox of the UK’s House of Lords has said “Neither the state, Big Tech, or Ofcom should decide who should be kicked off social media.”

Fox made the statement in an interview with talkRADIO’s Richard Tice, who is also the leader of the Reform UK party. The discussion was over whether social media platforms should require users to hand over their ID and give their real names.

Just 1% of Twitter accounts suspended for ‘racist’ abuse after the Euros were anonymous, but there are now calls to ban unnamed accounts.

Baroness Fox: "Neither the state, big tech or Ofcom should decide who should be kicked off social media".@TiceRichard | @Fox_Claire pic.twitter.com/UCutAgBpit

The talk about ending online anonymity was spurred by the incidents of racist Twitter and Instagram comments after three black players missed penalties in the Euro 2020 finals in July.

It was since revealed that almost all accounts suspended by Twitter for the racial harassment after the match between England and Italy were not anonymous. Therefore, the social media company argues ID verification would not have prevented the harassment.

On the idea of banning online anonymity, Baroness Fox said, “The last thing I want to do is ban something else. I don’t want to… have a situation where, Big Tech companies are able to say ‘you’re not allowed to come on here because you’re anonymous.’”

Fox talked about the “toxic” nature of much social media use and how, when you’re on the receiving end of online trolling, it’s easy to want to “cleanse the space.”

“But it’s the price we pay for a rather rambunctious, lively public square in terms of social media.”

Fox discussed the reasons why many people want to remain anonymous online. “You and I both know that many people in professional life who will have voted, for example, to leave the European Union, were treated with such contempt from society that they couldn’t even professionally come out.”

Fox said that online anonymity is “a reflection of a kind of form of self censorship that’s come around through our intolerance about certain ideas.”

In a recent blog post, Twitter said that 99% of the accounts it removed for offensive messages directed at the three players were not anonymous. The platform used the data to argue that ID verification is unnecessary as it would not have prevented the abuse.

“While we have always welcomed the opportunity to hear ideas from partners on what will help, including from within the football community, our data suggests that ID verification would have been unlikely to prevent the abuse from happening – as the accounts we suspended themselves were not anonymous,” Twitter said.

“Of the permanently suspended accounts from the Tournament, 99 percent of account owners were identifiable.”