Cloudflare announces Warp: a free VPN that it claims will actually respect your privacy

Cloudflare claims that its Warp VPN will not write any user-identifiable log data to disk, will purge all debug logs within 24 hours, and will not require any personally identifiable information to start using the service.
Share 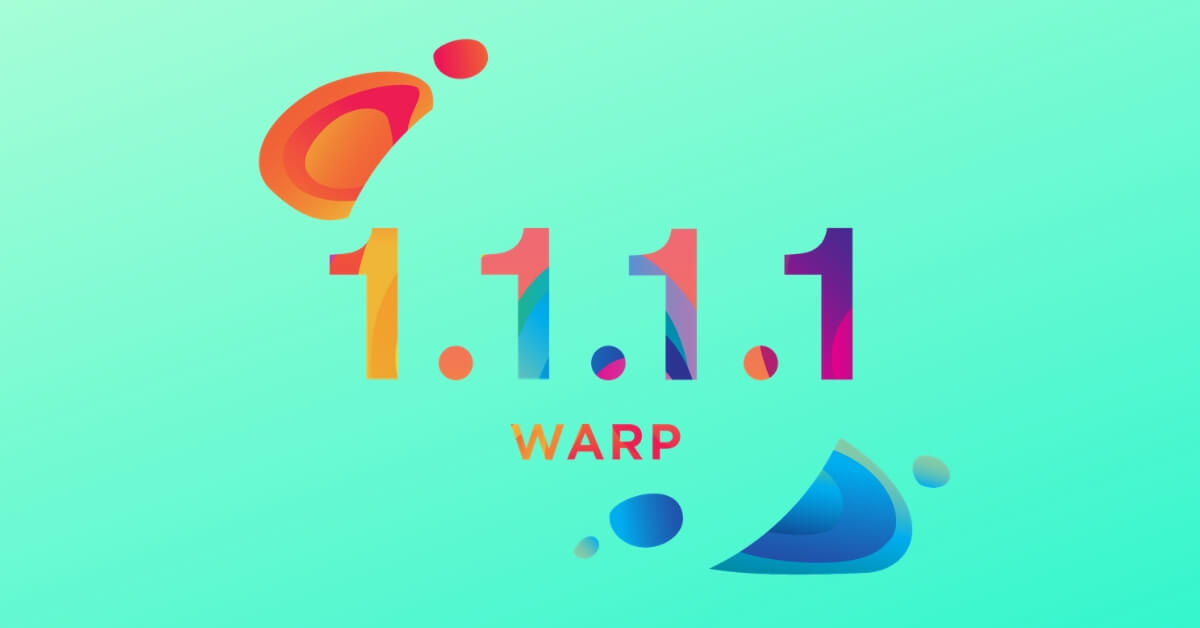 Many free VPN apps are actually data mining apps that use the lure of a free VPN to suck up all your data and use it for marketing purposes. However, Cloudflare claims Warp is different and that the freemium pricing and integration with other Cloudflare services will allow it to provide a VPN that’s free but also respects your privacy.

Cloudflare says that Warp will protect your privacy by:

In addition to this, Cloudflare has a strong history when it comes to privacy and protecting user data. The company has:

Cloudflare claims that it’s possible to offer this strong level of privacy in the free version of Warp VPN because it’s funded in three main ways:

Cloudflare says Warp+ will be available for a “low monthly fee” which will vary by region and be priced in a way that’s affordable to as many people as possible. However, it hasn’t revealed any specific pricing information for Warp+ or said when it will launch.

Cloudflare hasn’t provided any details on how enterprise pricing will work or when the enterprise versions of Warp will be available.

3. Increasing the value of Cloudflare’s other services

Growing the user base of Warp allows Cloudflare to optimize the speed, security, and privacy of the content and applications that are delivered through Cloudflare’s network. This provides more value to existing customers of Cloudflare’s core services, makes these services more appealing to prospective customers, and increases the overall value of Cloudflare’s offerings.

The increased value of Cloudflare’s core services and the increase in new customers it’s likely to bring is yet another way that Cloudflare will be able to fund the free version of Warp.

Other benefits of Warp

Cloudflare says that not only is the free version of Warp private but it’s also:

While there’s a lot to like about Warp, there are some things to consider before signing up.

First, Cloudflare is based in the U.S. (United States). If NSA (National Security Agency) snooping is one of your main privacy concerns, then you may want to choose a VPN provider that’s based outside of the U.S.

Second, Cloudflare is currently the second largest CDN (content delivery network) on the internet. While Cloudflare says it won’t collect or sell personally identifiable data, using Warp does still give Cloudflare a lot of non-personal data which it can combine with the anonymous data it already collects through its other core services. If you’re concerned about how Warp and Cloudflare’s other services give it access to a substantial amount of the world’s web traffic data, then it may not be the right VPN for you.

If you already have the 1.1.1.1: Faster Internet app on your phone, update to the latest version.

If you don’t currently have the 1.1.1.1: Faster Internet app installed, download it from the Apple App Store or Google Play Store.

Once you have the most up to date version of the app on your phone, follow the steps below: 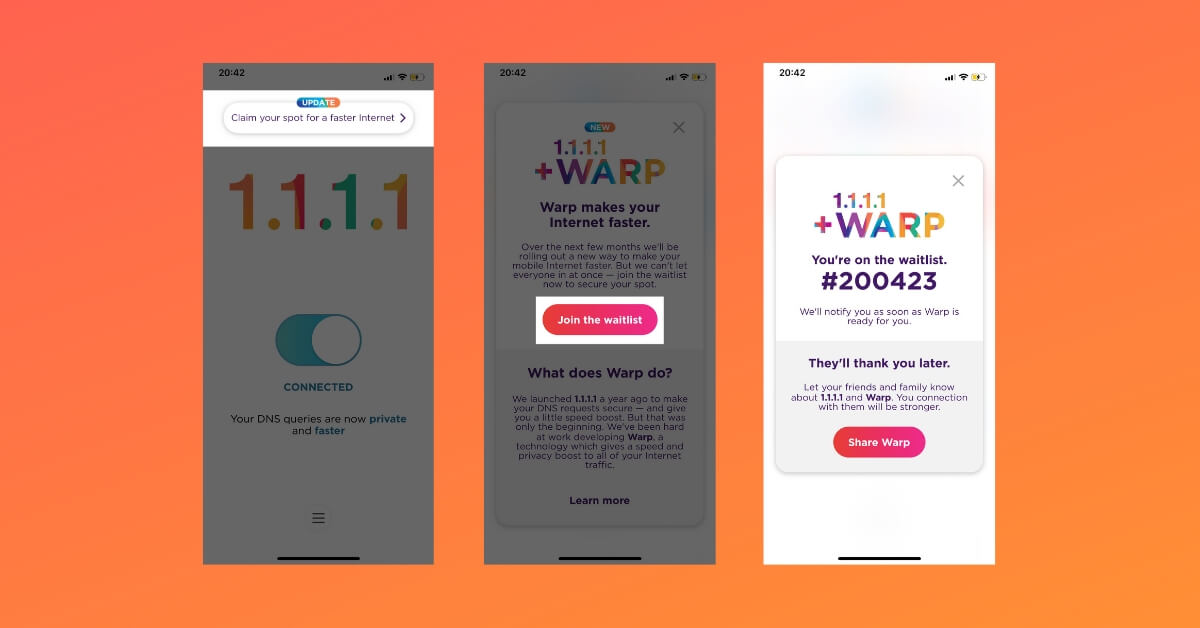 As Cloudflare starts to onboard people, you’ll move up the waitlist. Cloudflare expects to make Warp available to everyone on the waitlist by the end of July 2019.

Currently, you can only get on the waitlist for the mobile versions of Warp but Cloudflare says that desktop versions of this VPN are coming soon.