YouTube is suspected of taking to “editing” the like but also dislike counts on videos uploaded on the platform, and apparently in experimenting with the feature, resulting in confusion and loss of likes and engagement for many channels.

At least that’s the conclusion that can be drawn from reactions by some creators and commenters posting on Twitter, who are seeing their videos underperform by unusually large margins – MxR Plays said their videos always receive approximately the same amount of likes, only for these numbers to now suddenly plummet by thousands. 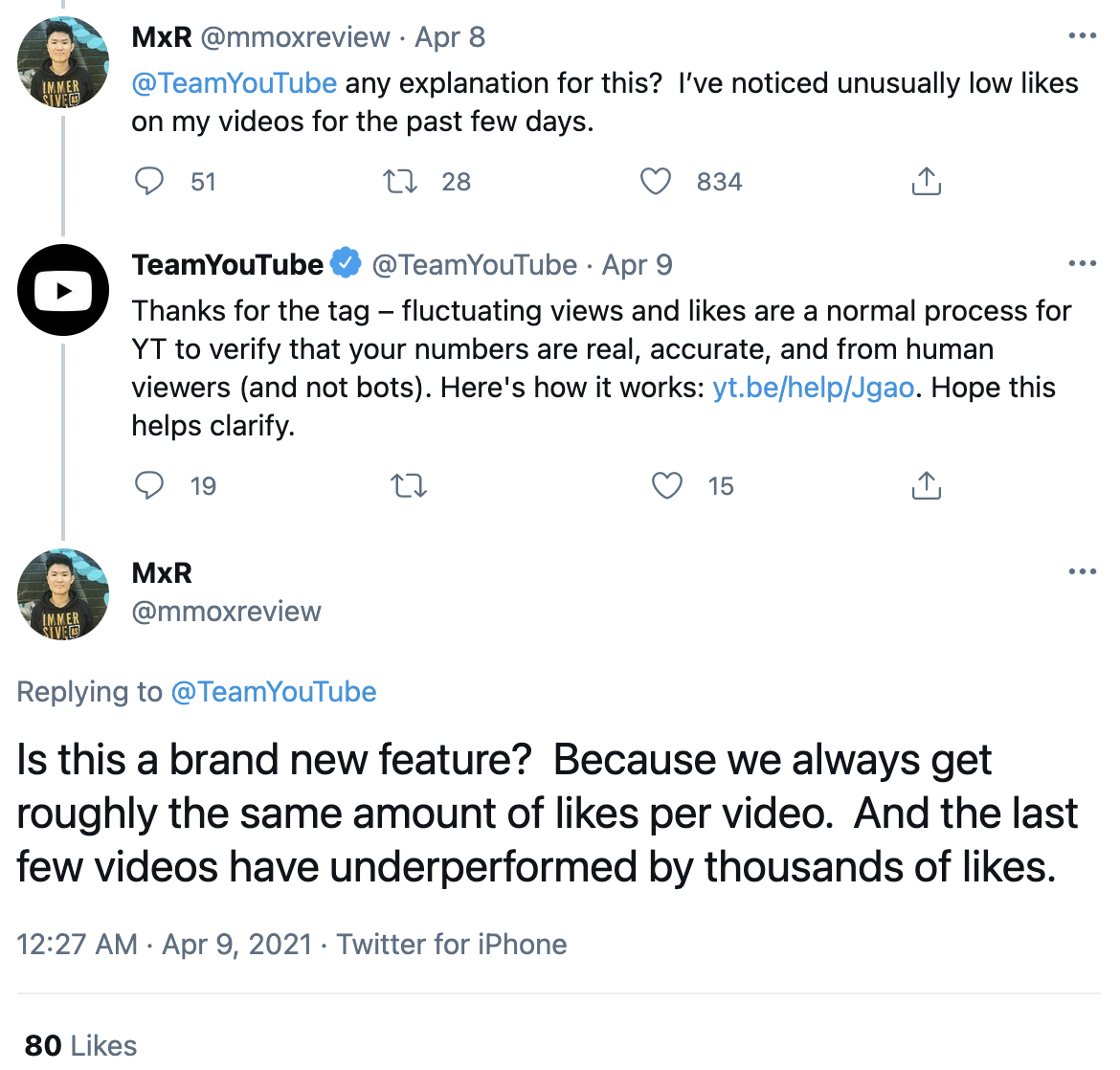 MxR Plays wondered whether this was a new feature being introduced by YouTube, to which the giant responded negatively, claiming they always engage in the same validation process in order to fight off spam.

Another YouTuber and podcaster, Nerdrotic, reported the same – thousands of likes disappearing from the last three livestreams on the channel, and also noting that a large number of others were experiencing the same. 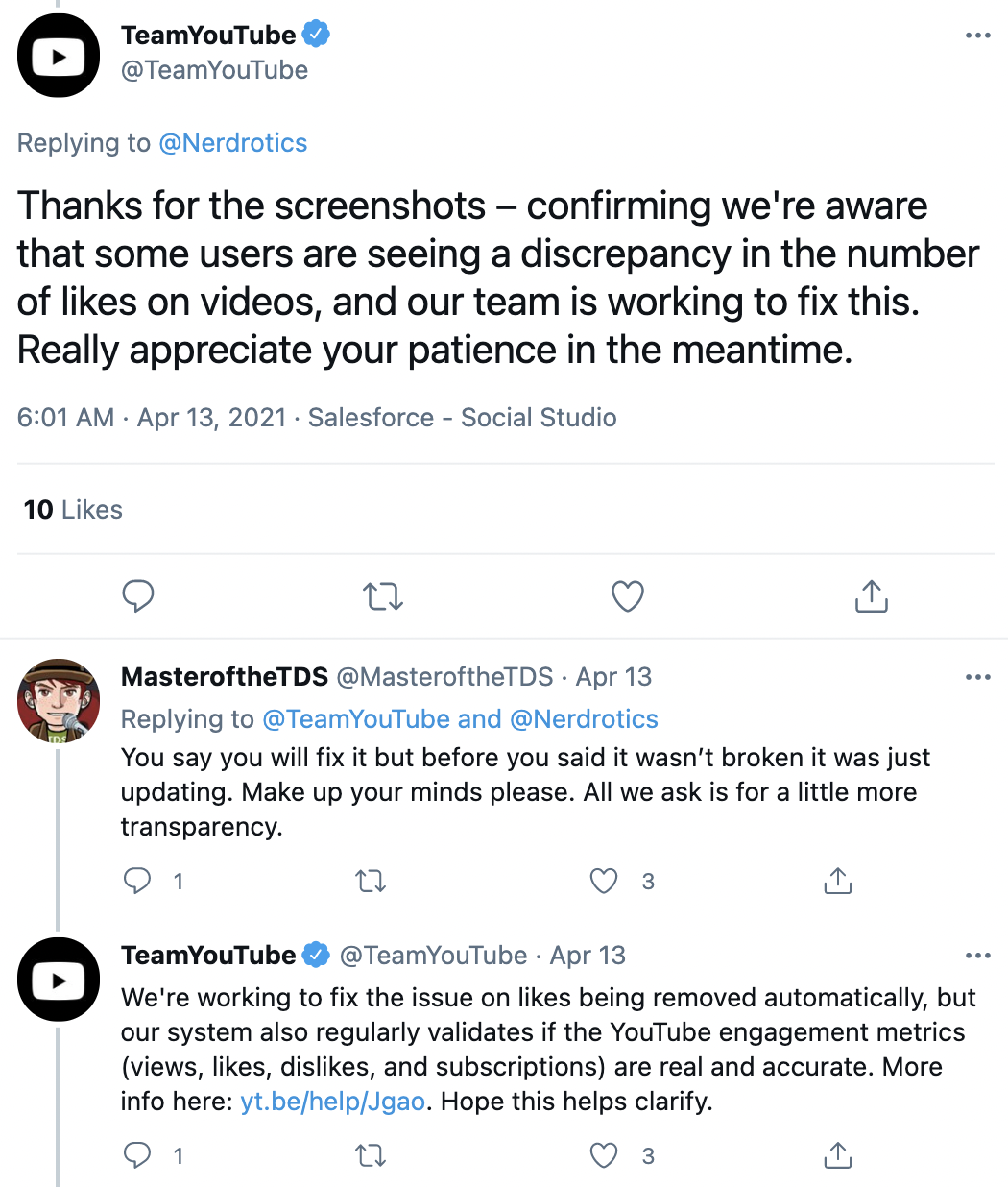 Nerdrotic backed these claims up with screenshots posted on Twitter, to which YouTube this time responded by seemingly acknowledging this was not business as usual, by saying they were working to fix “a discrepancy” concerning the number of likes on videos.

In the comments, some Twitter users said that watching and liking a video and refreshing the page saw their like lost, but that if they liked and refreshed again, the like would stick.

RememberTheBeat also had issues, accusing YouTube of continuing to remove likes from their videos. In an exchange with YouTube’s account on Twitter, this creator explained that the last two videos they uploaded, although having longer than average view duration, had very low like engagement, while comments and views remained as expected.

At this point, YouTube repeated that data around likes is being validated in order to allow “the correct number” to appear on a creator’s video and analytics pages – and referred them to YouTube Creator Support for any further “deep dive” into the problem.

It’s unclear at this point if these glitches or deliberate actions to change the like count have anything to do with the start of testing of the giant’s upcoming feature – hiding dislike from public view, something that was announced in late March.