Crusader Kings 3 may remove all references to phrase “Deus Vult” because of “vile memes”, blog suggests

Something of a crusade against the Crusades is currently underway in the gaming world.
Share

Something of a crusade against the Crusades is currently underway in the gaming world – but as is always the case with controversies in that realm, the root of the problem runs quite a bit deeper. As ever, it’s about real-world politics, mixed with attempts to battle against language and memes.

This time, it’s the turn of Sweden’s game developer and publisher Paradox to try their hand at this type of undertaking: the company may reportedly remove the expression “Deus Vult” from its upcoming Crusader Kings 3 strategy game.

“Deus Vult” (Latin for “God Wills It”) was a battlecry used by crusaders – and all of these have until recently simply been historical facts, worked into a game entirely focused on the subject. 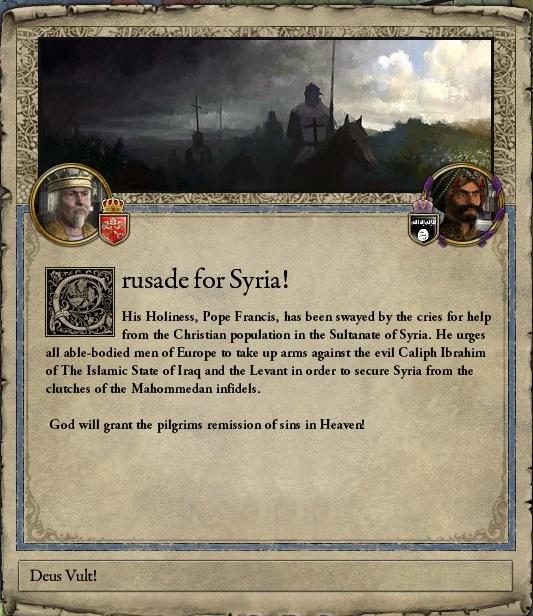 In the first installment of the game, Paradox even used the expression “Deus Vult” while promoting an extension pack for Crusader Kings. But the gaming blog Rock Paper Shotgun now writes that Paradox has confirmed the game will be purged of any mention of these two words. So why the change of heart?

Deus Vult, writes Rock Paper Shotgun (which, by the way, may want to reconsider using the word “shotgun” in its name, just to be on the safe side of being accused of promoting guns) – is “an 11th century crusader battlecry that has become a vile meme beloved of racists on the internet.”

Memes featuring the battlecry first became popular in connection to the original game itself, since Paradox actively promoted it. As a new crisis broke out in the Middle East with the Syrian war in the early part of the decade, memes and other imagery featuring the expression started to appear on YouTube and elsewhere, highlighting the participation of Syrian Christians in some of the warring factions.

But the next stop in the rise of Deus Vult-themed memes is the one that gained it notoriety among a certain portion of the media: supporters of Donald Trump started using it on the /r/The_Donald subreddit, as did users on 4chan – often in the context of discussing Islamic extremism.

But mostly the memes were just for humor, even with jokes about a crusade against “furries”. 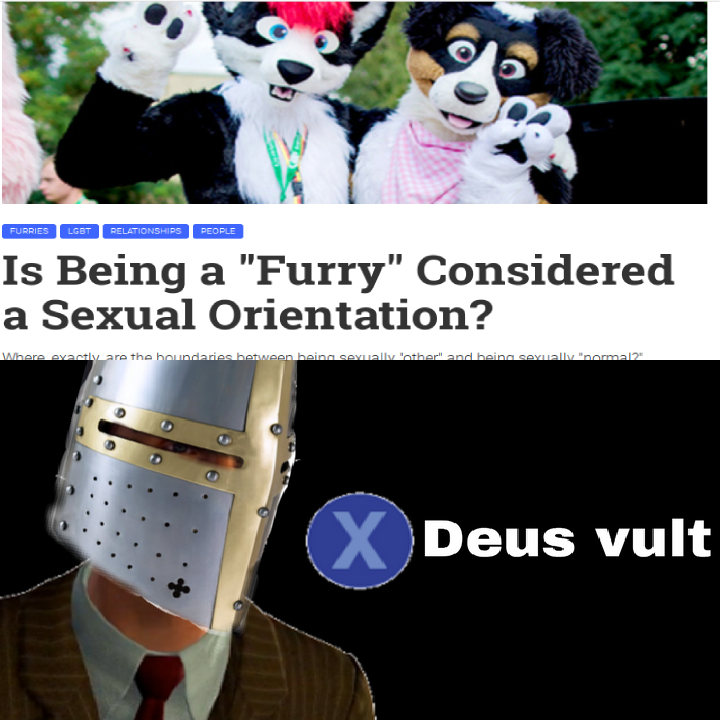 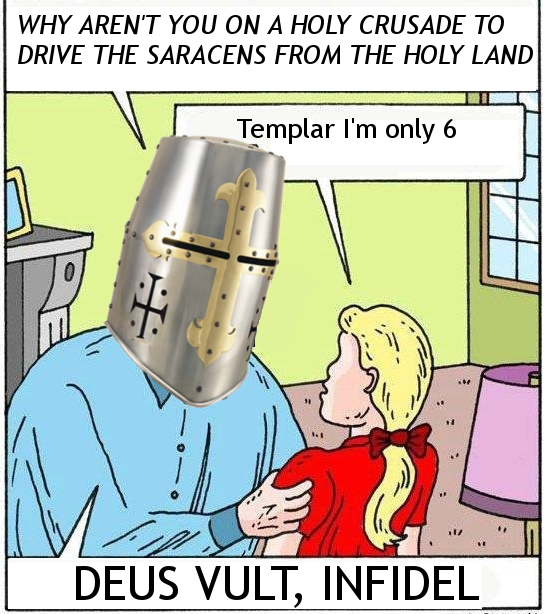 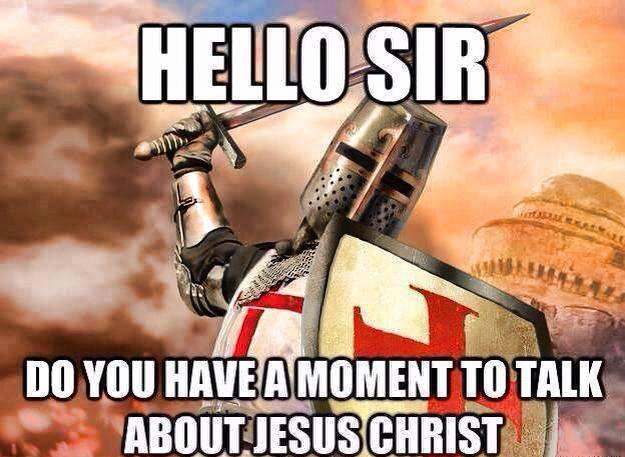 In 2018, Paradox posted a tweet inviting gamers to “tell their friends to Deus Vult today.” Twitter being what it is, a divisive and heated debate soon developed, leading the company to later issue statements for the media that said Paradox “has no tolerance for racist or nationalist organizations that use our products as a weapon in their campaigns of hate and division.”

For a limited time only, Crusader Kings II is currently available for free on Steam! Download it today and keep it forever. Tell your friends to Deus Vult today! https://t.co/SZBDQ8UkaM pic.twitter.com/NHGY4ErjMA

But Paradox also apparently has “no tolerance” for its own product, or for historical facts, as it is now removing the expression from the upcoming game altogether, according to Rock Paper Shotgun’s original report.

However an update added, “We have not specifically considered which terms are used in the game apart from making sense in the historical context. The team will decide how any text fits or does not fit into CK3 in a way that feels appropriate,” said Henrik Fåhraeus, Game Director at Paradox Interactive.

There’s a chance that it could have just been a tad of wishful thinking from Nate Crowley at Rock Paper Shotgun.

Crowley suggested, of course, has more stories planned about how Paradox is “handling the political sensitivities of making a game about the Crusades, and how they’re handling the representation of non-European cultures.”

It’s an odd example that looks like another attempt at historical revisionism taking place in games, for the sake of fighting real world’s political and ideological battles; but it’s not the only one.

Gaming journalists these days often err on the side of overreaction and outrage, and use their publications as platforms to urge censorship and drive controversies for clicks. And the call for censorship is one that gaming companies, eager to avoid negative publicity, in the end often answer.

How to (not) win a crusade against memes

Like many trends we are currently witnessing on the internet, the vilification of the meme as a comedic genre began with the 2016 US presidential election that resulted in Trump’s triumph.

Perhaps the best-known instance of this has been “Pepe The Frog” – a character created back in 2005, that ten years later became associated with Trump’s campaign as it was embraced and shared by his supporters. Those who lost the election and the media and organizations supporting them were quick to declare Pepe the Frog a symbol of hatred and racism.

But as recent reports suggest – pro-democracy protesters would in Hong Kong would disagree, as they have adopted the very same meme as one of the symbols of their movement.