Cubbit works like cloud storage, but you keep your data at home 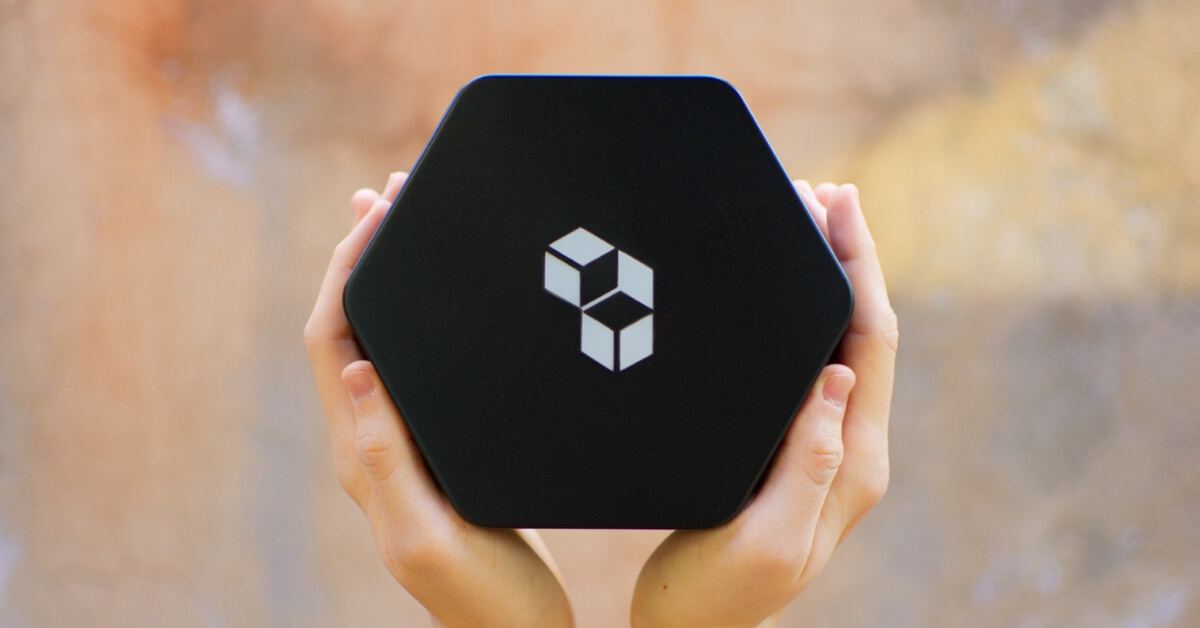 Cubbit has the idea of bringing privacy and control to cloud computing. Right now, every popular cloud service such as Google or Amazon services are controlled by those companies, and you have to put your trust into them to not lose or corrupt your data.

Cubbit is based on peer-to-peer technology which works like this – a network of computers in a distributed architecture that shares the tasks, each one having the same privileges. Popular platforms based on this technology are torrent websites. They use peer-to-peer to let you seed torrents so other people downloading them have an easier time.

Cubbit runs on a network of dedicated devices called Cubbit Cells – they are chunks of memory like HDD, and you can upgrade your Cubbit easy.

Giving importance to privacy, Cubbit makes sure that the files are safe trough AES-256 encryption. This encryption turns files into redundant chunks and safely spreads them over the network – this means that even if your Cubbit Cell goes offline, your data is always safe and you can access it from anywhere while it is invisible for anyone else.

Some of the benefits are that it is free – no monthly fee, you can expand it also for free, it’s zero-knowledge and end-to-end encrypted so no one sees your data, and it focuses on preserving the environment – thinking green.

The hi-tech startup behind the Cubbit product was founded in 2016. Since then, they have been on a worldwide mission to shape the cloud as it should always have been – green, encrypted and free for the users.
Their mission is to bring value to the cloud and in the future, recreate the internet as we know it.

Possible problems, and how they are solved

As Cubbit is based on a peer-to-peer network, one might ask themselves – what if enough devices break? Would that put your data at risk and would the data stored on those devices just disappear?

Makers left a comment on this matter – “supply and demand are always balanced on the network and just 36 devices are enough to work. If you are wondering where the number 36 comes from, it has been chosen after running simulations on the network to ensure the highest possible availability, while minimizing the storage needed for the redundancy.” – Alessio Paccoia, one of the creators.

One of the concerns is also what would happen to your data if you lost the connection and the Cubbit Cell turns off?

The team answers this question too –If your Cubbit Cell goes offline you can still access your files. The Cubbit network is fault-tolerant, meaning that whatever happens to the Cubbit Cell your files remain safe within the Cubbit network since they are not stored on your Cell but distributed in the form of dozens of encrypted chunks across a large network of other people’s Cubbit Cells.”

They guarantee the safety of your information, which is currently one of the most important things people talk about.

How is the Cubbit green?

Cubbit is based on small, optimized single-board computers, which have an impact per GB that is 10 times smaller than data center racks. Also, it can use geolocation so it sends and gets packages from closest servers to avoid long data transfers, which sometimes can be more consuming than storage.

The idea behind this is very innovative, and the implementation is impressive. If enough people, over time, started using this method of cloud computing over the traditional methods, the whole world would benefit.

It’s a win-win situation for anyone, and in my opinion, this has the potential to become mainstream. Back in 2010. nobody thought that the bitcoin and the cryptocurrencies would take off, but here we are now.

Our world needs more of these kinds of innovations – the ones that benefit us in the long run.