Another example of copyright law being abused for censorship.

Well-known media personality Dr Drew Pinsky apologized today after his comments that compared coronavirus to the flu, saying that he “got it wrong.”

“My early comments about equating coronavirus with influenza were wrong. They were incorrect. I was part of a chorus that was saying that. And we were wrong. And I want to apologize for that,” Dr. Drew said in a Periscope video shared to his Twitter account Saturday. “I wish I had gotten it right, but I got it wrong.”

Pinsky was criticized for a video he made in February where he was downplaying coronavirus and suggesting it was merely a “press-induced panic.”

Dr Drew said at the time that it was far less dangerous than the flu, adding that your chances of dying from COVID-19 are lower than being “hit by an asteroid.”

“I did not, thank goodness, get Dr. Fauci wrong, and when he made it clear that this was not a usual influenza, that it was significantly worse, I adjusted course. And if you notice, I’ve been doing about two hours of media today backing, changing my perspective in such a way to sign on for the aggressive measures we are taking,” Pinsky said today.

“What I also said was follow the CDC’s recommendation; follow Dr. Fauci’s recommendation. They will keep us safe. And I thought that when the government started taking more aggressive measures, we should all sign on. We have a collective responsibility to do so. I’m doing what I’m supposed to do. I wear a mask outside now. And it’s paid dividends. It is improving. It is flattening the curve. And I’m delighted to be a part of that. I’m glad to be a part of that.”

However, after (rightly or wrongly) making his apology, Dr Drew then goes on the offensive, appearing to not understand how the internet works and trying to misuse copyright law to get the videos of the previous statements that he made scrubbed from the internet.

2. @DroopsDr put together a longer compilation of Dr. Drew/Coronavirus clips.

Well guess what he did…he had the compilation taken down based on his copyright. Does he have the right, of course.

But what are you trying to hide @drdrew? pic.twitter.com/Gq1nbAeWIv

YouTube videos containing the clip – that was clearly transformative and valid under the fair use guidelines – began to get struck down on YouTube, with a copyright claim from Drew Pinsky Inc. 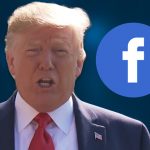 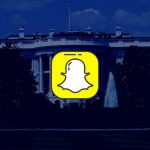 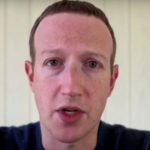 The media is pulling out all the stops to pressure Zuckerberg to censor the President.

The media is pulling out all the stops to pressure Zuckerberg to censor the President.

The DMCA is being used to censor content again.

It’s hard to see how the ruling is feasible.

Twitter may have given up pretending to have no bias.