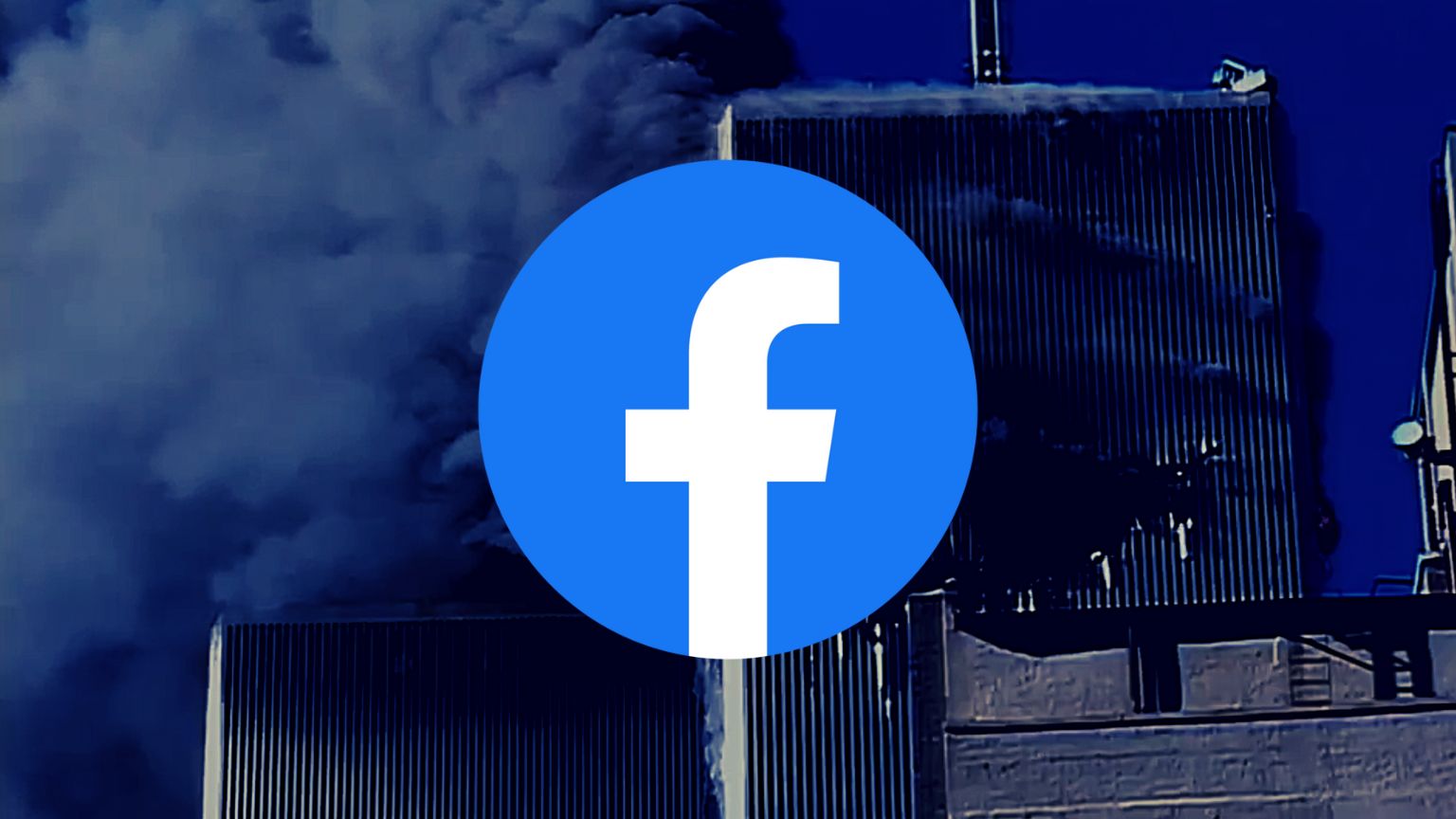 Facebook has been censoring posts during the remembrance of September 11th, blocking users and punishing them for sharing a poignant story about The Falling Man, the famous image of an unknown man who fell or jumped from the ill-fated North Tower of the World Trade Center on September 11th, 2001.

The Falling Man is a photograph taken by Associated Press photographer Richard Drew. The photograph was taken at exactly 9:41 a.m. on the day of the attacks.

The photograph first appeared in newspapers around the world, including The New York Times on September 12, 2001.

The photo’s caption read, “A person falls headfirst after jumping from the north tower of the World Trade Center. It was a horrific sight that was repeated in the moments after the planes struck the towers.”

Facebook has been punishing users who post the famous image, or even link to articles about it, saying that it is, “concerned it might promote or encourage self-harm or suicidal behavior.” 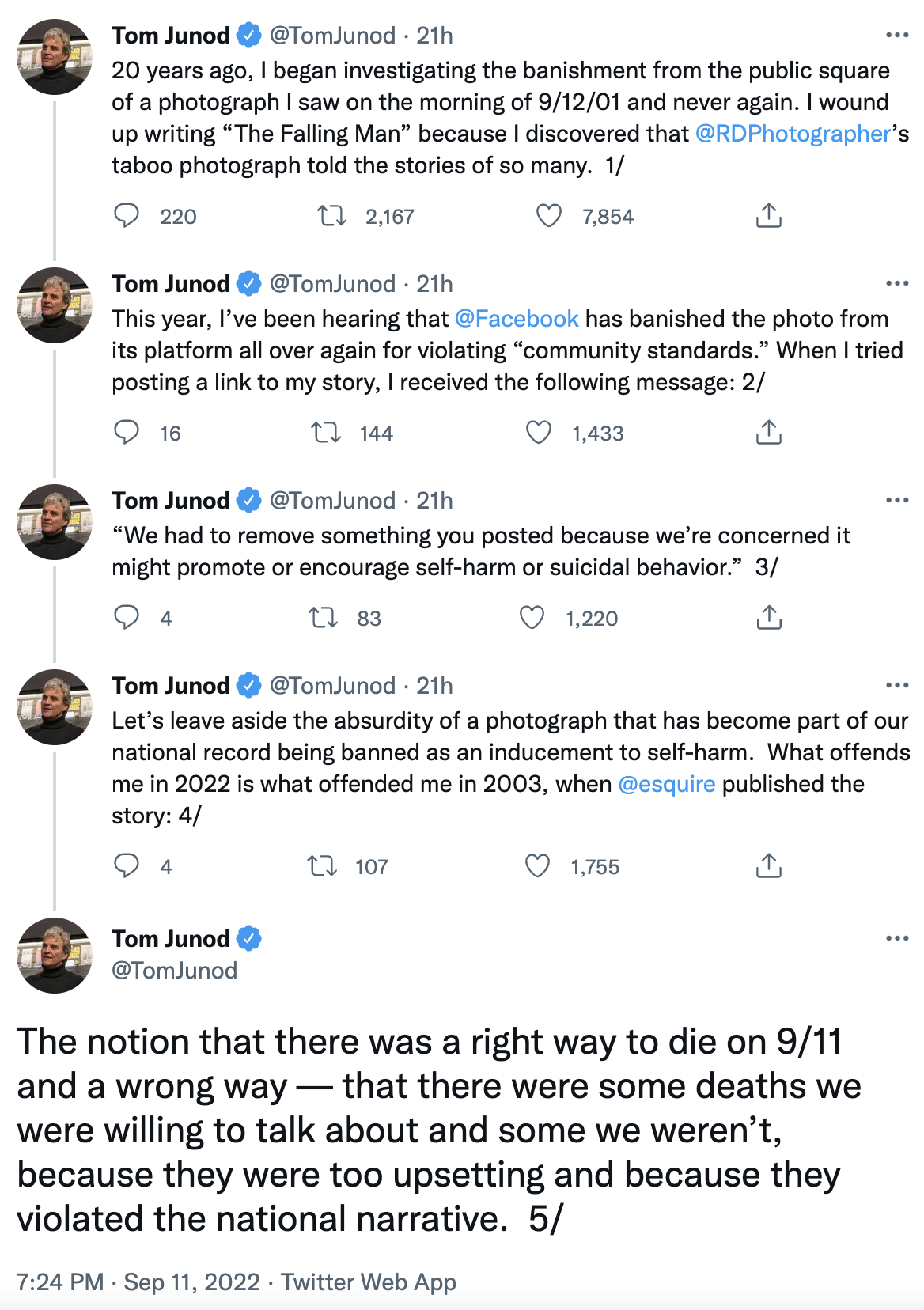 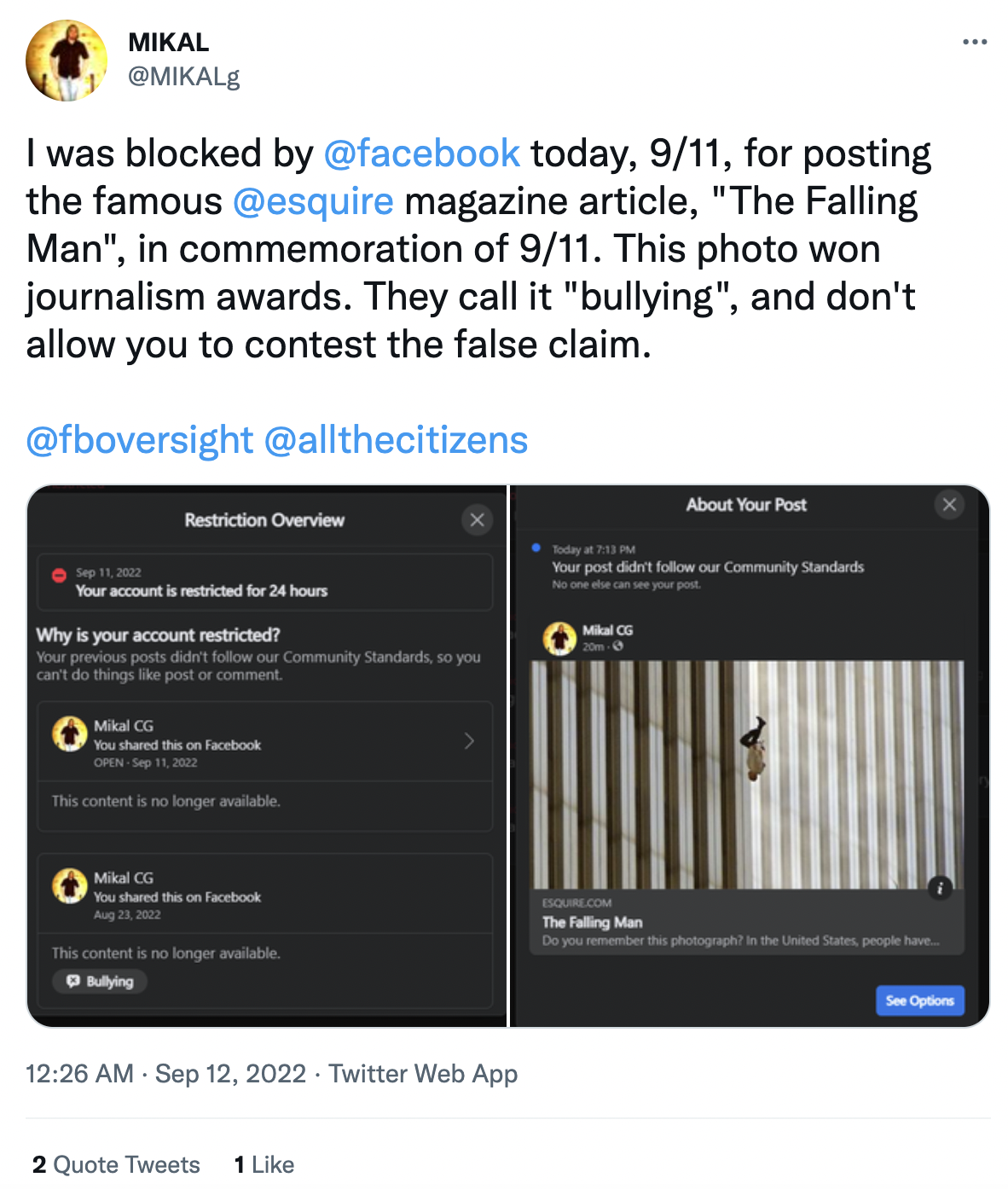 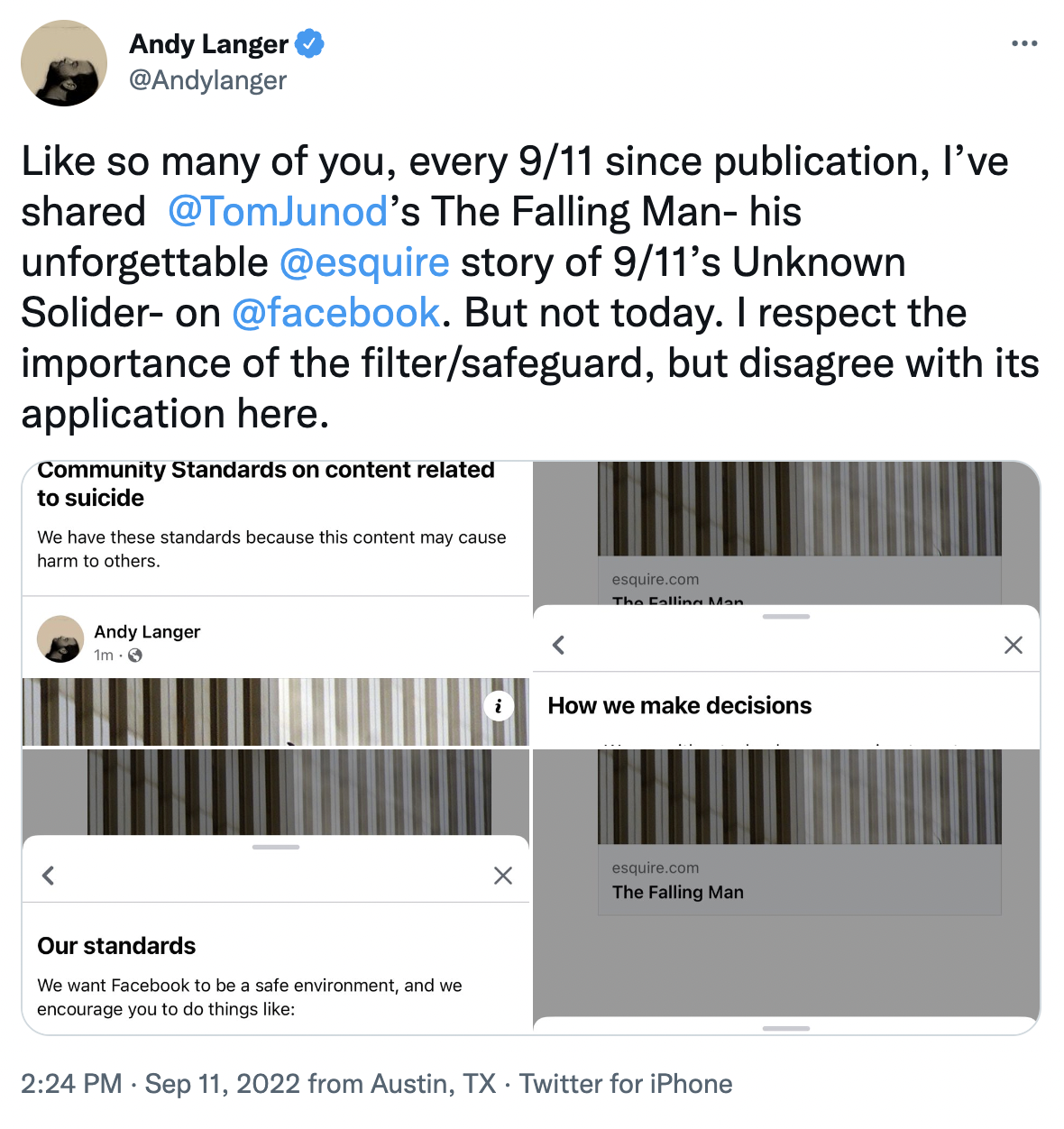 In the last year, Wisconsin Right Now (WRN), a conservative news outlet, had its page permanently banned from Facebook. The page had been wrongfully censored for months before the ban.

The page was banned shortly after it posted a story published by The Australian that compared a photo of the “Falling Man” from the 9/11 attack to the images of Afghans falling from US planes when President Biden withdrew the military from Afghanistan.

“Every American should be deeply concerned by the fact that a few unaccountable big tech companies are controlling the free flow of information in our democracy, and that the decisions they make are often arbitrary and unfair,” Jim Piwowarczyk, WRN owner and contributor, told The Federalist. “What has happened to us is a very troubling example of this, and we call on Facebook to reverse its decision.”

Before it was removed, WRN’s main page could not invite new followers and live stream.