FastMail say it's becoming too costly to support Bitcoin as a payment option. 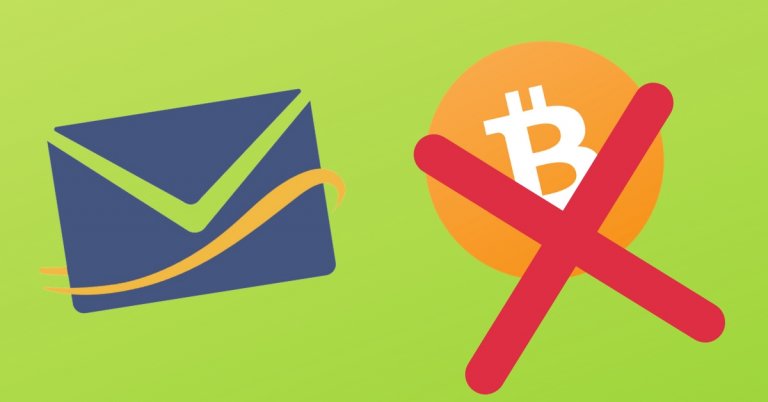 FastMail, the Australia based email hosting and service provider has recently stopped supporting Bitcoin as a payment method.

According to their statement emailed out to customers, they have said that they are no longer supporting payment through Bitcoin. By the end of March 2019, Bitcoins are no longer a supported payment method for FastMail; however, until then, users can use Bitcoin for any payments.

FastMail say that the reason for this avoidance of Bitcoin is the fact that only a very small group of users tend to pay through Bitcoins (although, it was never likely that more than a small number of customers would pay with Bitcoin at this stage in the game, so this seems like an odd thing to point out); also, it is becoming expensive to support payments via Bitcoin.

FastMail accepts Bitcoin payments through BitPay which is a third party payment processor for Bitcoins. Based on their statement, it can be understood that the maintenance charges of Bitcoin have become expensive for FastMail.

As a matter of fact, FastMail was the first paid email service provider to accept payments through cryptocurrency. The news about FastMail accepting payments through Bitcoin was heavily discussed during early 2016.

While FastMail did act as an early adopter for crypto, the fact that it has now backed out from accepting it has caused quite a stir among the crypto enthusiasts and users. According to crypto enthusiasts, there is a problem with the payment processor that FastMail uses as well—BitPay.

Many a time, people have complained about UX issues with BitPay. One of the major concerns was the fact that people had to either use QR codes or an address provided during the transaction for completing the payment. The address provided by BitPay is not a standard Bitcoin address and hence causes much hassle for users when they have to convert it for processing a transaction.

Issues with BitPay might also be a fundamental reason for people avoiding Bitcoin as a payment method on FastMail. If FastMail experiments with other payment processors like BTCPay, there might be a greater number of users who would want to pay through Bitcoin.

One of the reasons why paying through Bitcoins might be a good idea is this—you will incur a smaller transaction fee while using Bitcoin as a payment method when compared to a credit card. It’s a more open standard. It’s more private. It’s also the future.

If you’re looking for an alternative, both Runbox and ProtonMail accept Bitcoin.