Many features are pulled from the standard Opera browser.
Share

Back in June 2019, Opera announced a new variant of their desktop browser: Opera GX Gaming Browser.

I’ve personally been using this browser since it launched and Linus just made a video about it.

Right off the bat, the claim of being a “Gaming Browser” needs to be addressed for the cynical among us.

Yes, the term “gaming” is often added to product names as a marketing gimmick.

Sometimes, however, there is a uniquely added value.

As a long-time Opera user, I switched to Chrome in 2012, ironically, for better performance in flash games.

When that stopped being a thing, I no longer had a reason to stick with Chrome, particularly since Opera switched to Chromium, giving it access to Chrome’s Web Store extensions.

In my usage (never fewer than 20 open tabs), it’s much snappier and less sluggish than Chrome.

Built-in ad-block, VPN, crypto-wallet, and screenshot tool all exist in the regular version of Opera.

I never found myself using any of these except for the ad-block, which also blocks trackers.

Linus mentioned GX corner as a “cool feature”. I think it’s annoying that it’s not optional.

As someone who only buys games on sale, I’m not interested in releases or “gamer news.”

The issue is that the browser doesn’t allow you to close this tab. It’s always the very first, leftmost tab, which is annoying when cycling through tabs.

Another annoying Opera restriction is that, while it does allow you to add new search engines and change the default one, you can’t remove built-in ones or change their “keyword.”

Linus was also impressed by the pop-out video mode, which also isn’t a GX-specific feature.

It allows you to watch a video (not just listen to its audio) while doing other stuff, by making it float on top of other windows. 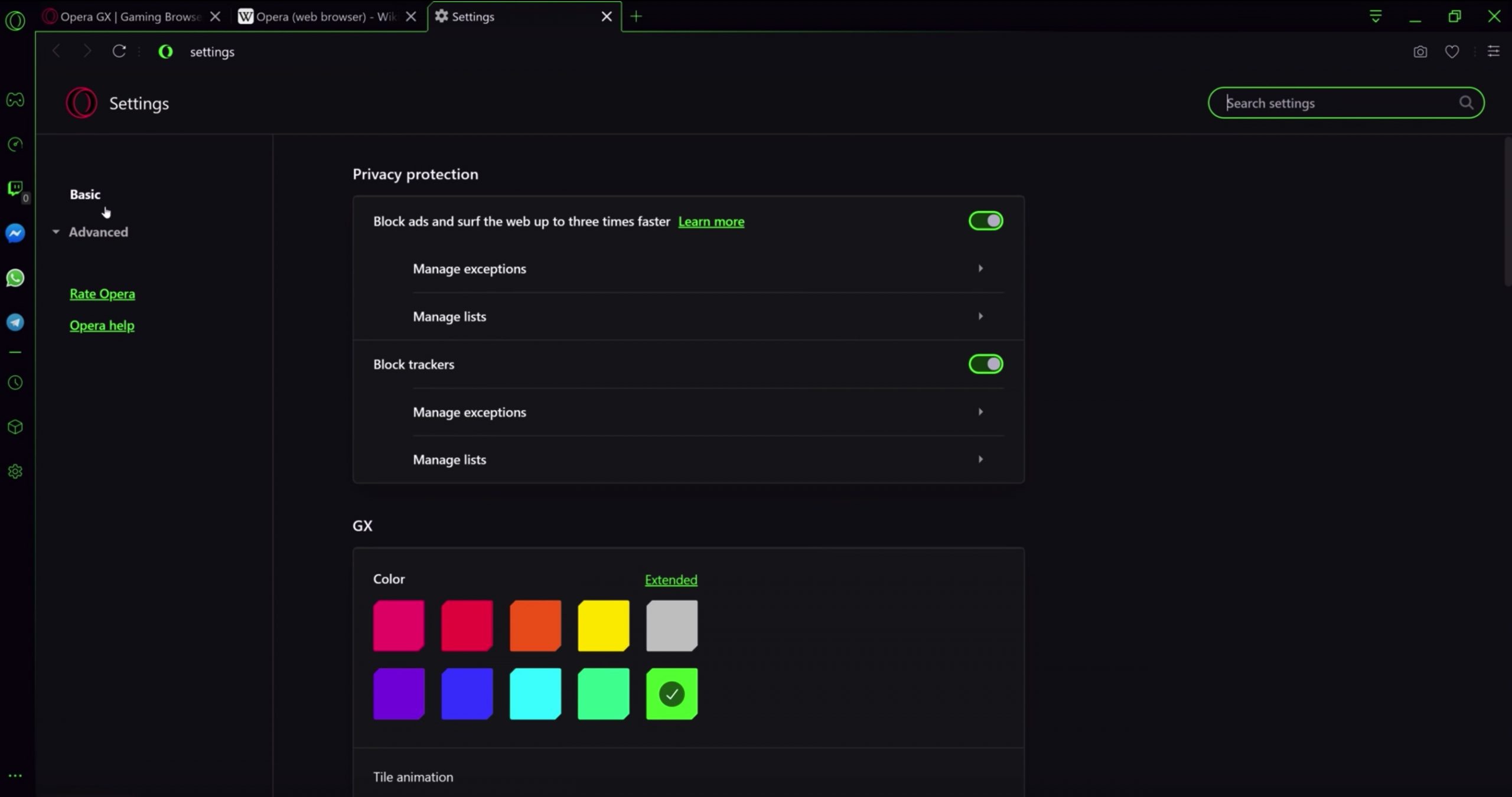 This might not sound like a big deal, but I like being able to customize the UI of things I use as often as the browser.

I’ve never used the network limiter, but I have found the CPU and RAM limiters useful.

Initially, I restricted Opera GX to only 25% of my CPU and 2GB of RAM.

The browser quickly started hanging, without affecting the rest of the system. I then bumped up the allocation to 75% and 3.75GB, and haven’t gone into the configuration since, regardless of how many tabs I open. Usually this means things are working well.

Linus also discovered this. While the numbers do seem flaky sometimes, they are consistently far below Chrome’s numbers, making it possible to have multiple tabs open while gaming.

Linus ended his video touching on the recent controversy in which apps tied to Opera were involved in “predatory loans” in Kenya, Nigeria, and India. Opera has denied these allegations.

He also mentioned that Opera was purchased by a Chinese firm and that their VPN isn’t only “sucky” for privacy reasons, but also slow.

Personally, I don’t trust free VPNs (or payday loans), but Opera’s much lower resource usage compared to Chrome is a huge advantage for me.

It performs very noticeably better on my machines and its only drawbacks are slight annoyances that I can certainly live with.

I would be remiss not to address my Opera fanboyism.

Back in the early days of the internet when pop-up ads were rampant with no solution in sight, Opera implemented a pop-up blocker.

Other browsers quickly followed suit, and the war against pop-up ads was won – thanks to Opera bravely taking a stand against advertisers in favor of users and their experience.

Today, in our current war with ads that we’ve all but lost, Opera’s inclusion of a built-in ad-blocker when Chrome is diligently working to destroy ad-blocking efforts, makes Opera once again stand out as a beacon of hope in a seemingly lost war and reignites our passion to fight.