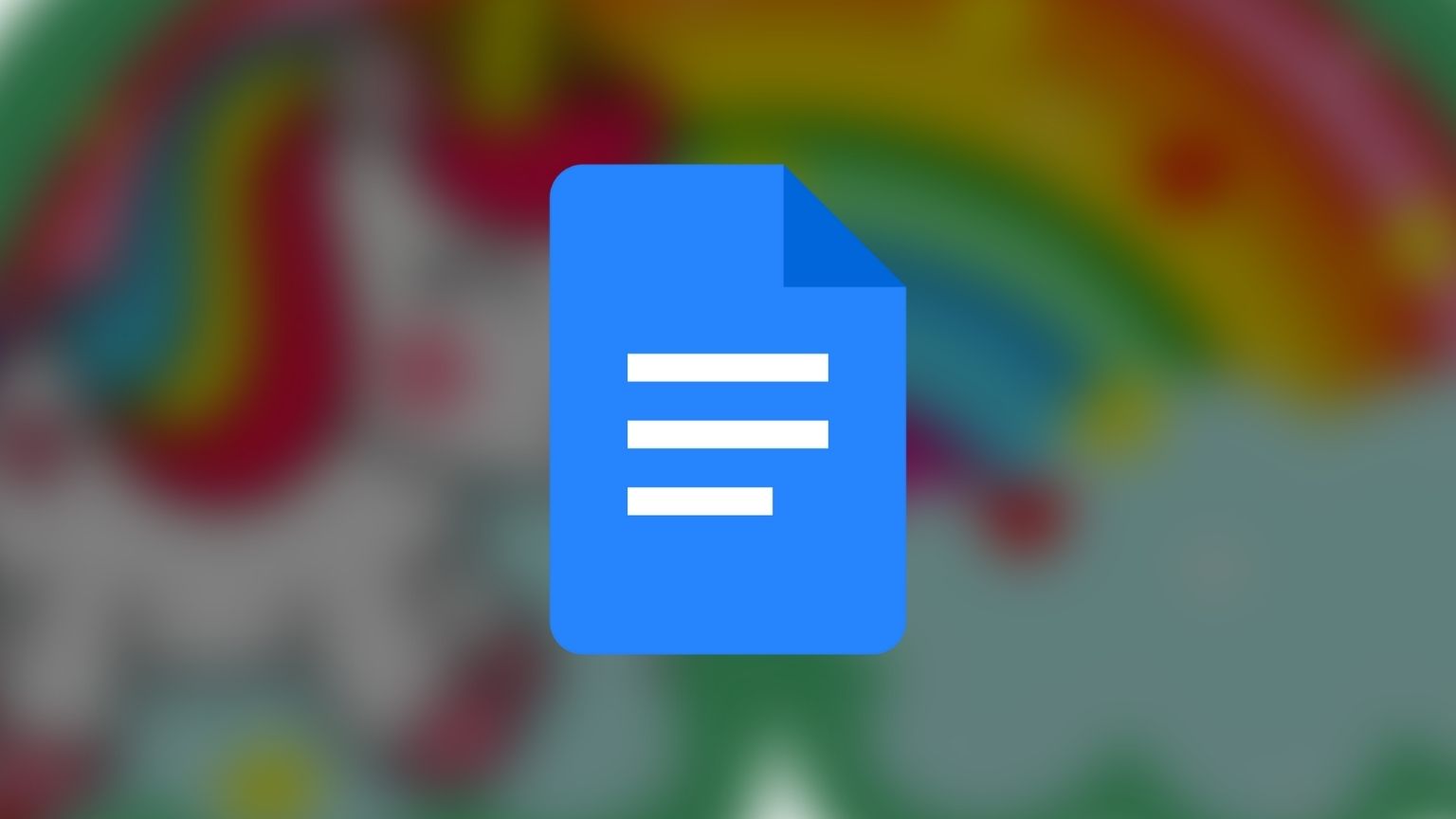 Reports from not very tech-savvy outlets would have you believe it is “AI” usage that’s broken, in the way Big Tech does it today.

But in reality, “AI” is not, and will not for a long time be what it is perceived (mostly owing to bombastic reporting) to be – namely, “artificial intelligence.” And it’s the way Big Tech uses the current, rudimentary phase of true AI development, called Machine Learning (ML), that’s actually broken.

But not even ML itself – just the way it’s (ab)used in Silicon Valley. And in the news.

The latest news to be filed under this column concerns Google and the ludicrous idea that this “AI” tech is sophisticated enough to produce something called “inclusiveness warnings.” (Some would argue not even the human mind is capable of that, the way “inclusiveness” is defined right now.)

And we can’t really with a straight face believe that Google’s engineers don’t know all of this already; but the behemoth’s push to meet certain political standards has been strong for a while now, and that’s where “inclusiveness warnings” come in. At the moment, the first to receive them are – surprise – enterprise users.

And the place where everyone else will have to deal with this is the “free” (of charge) Google product, Google Docs.

Those old enough to remember Microsoft’s “Clippy” might be tempted to draw some parallels. But they should not. Clippy’s suggestions were stupid for coming from a useless gimmick – Microsoft had no competition and didn’t have to work very hard on producing any new and innovative features to capture consumers, so instead, “office assistants” like Clippy got churned out.

But Google’s current effort stems from another motivation – appeasing the “woke culture” that at times aims to cut and damage the very foundation of any culture, and that’s language itself. 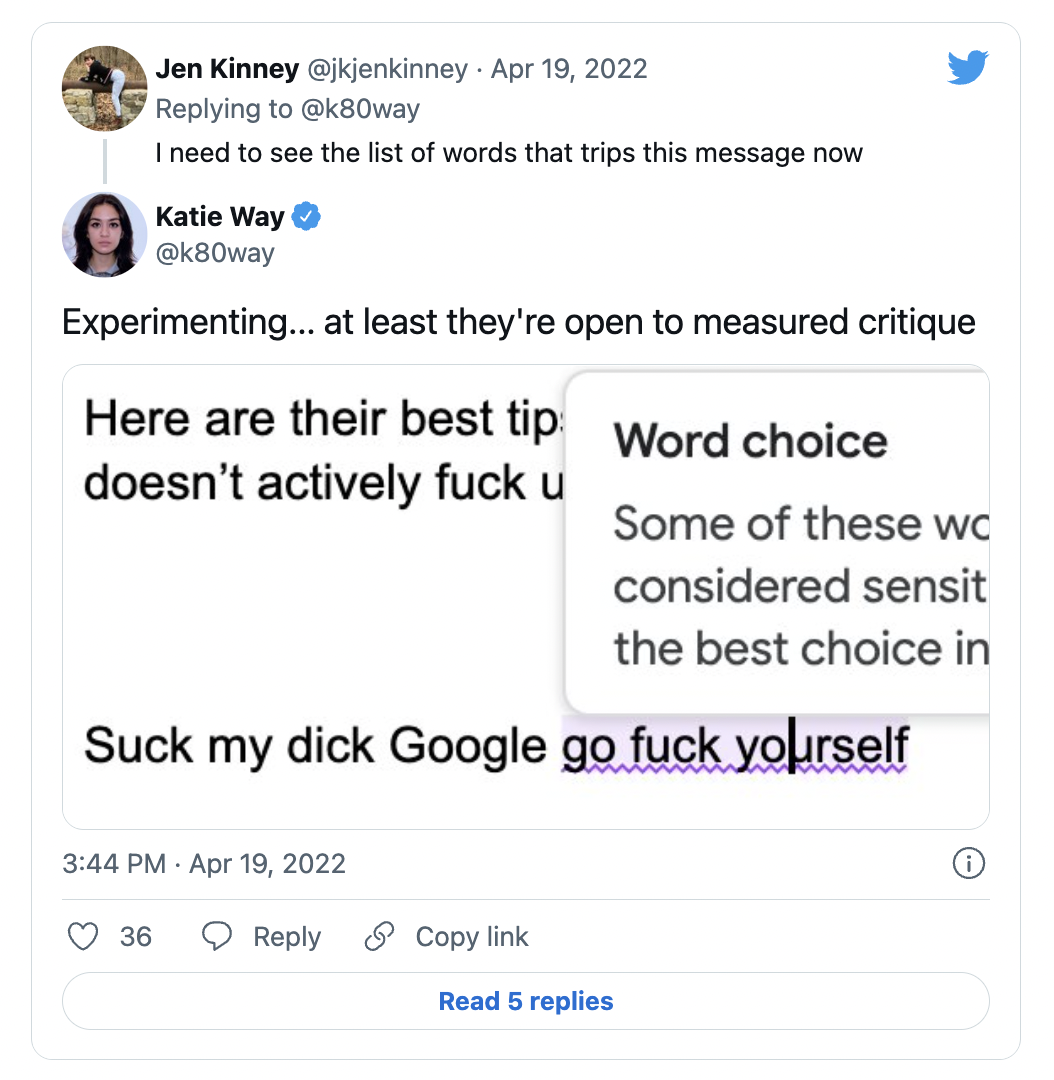 And that, compared to Clippy, is a very different beast – though it may prove equally absurd, useless, and wrong, and ultimately fail the same way.

One example of what Google’s doing now is a user typing “landlord” into their Google Docs to get the “inclusive warning.” Apparently “property owner” or “proprietor” is better? 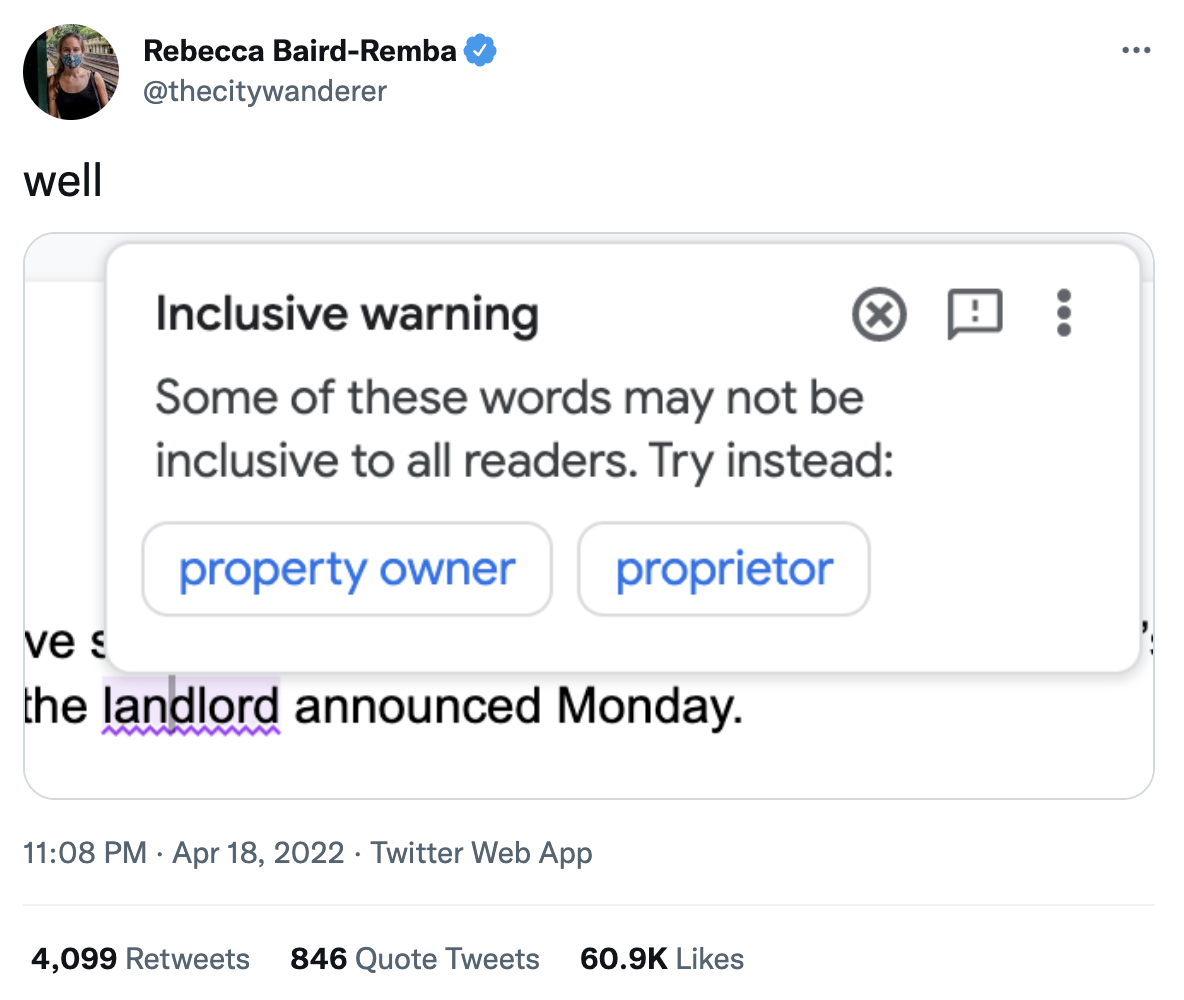 Really, Google? What’s next – annoying people with messages saying that typing “free software” in their Google Docs file should be replaced with phrases like, “proprietary software”?

(Granted, this is a facetious “example” at this time. But it may just be a matter of time.)