A new app has come out of nowhere and gone viral. Promoted by the Kardashians, Gradient rocketed to the top of the App Store and filled social media feeds across Twitter, Instagram, and Facebook. But, now, many are accusing the app creators of being somewhat shady and users are saying they’re being met with large and unwanted credit card charges.

The app launched last month in September but wasn’t widely downloaded until several Kardashians began promoting photos from the app on their Instagram accounts.

Last week, Kim Kardashian, Kourtney Kardashian, Khloe Kardashian, and Kylie Jenner, all posted photos from the app to their Instagram Stories. At the time, their photos were marked with the #ad hashtag, which is what Instagram users add to a post with an Instagram post to let users know that it’s sponsored post and that a company is sponsoring them to post the photo or use the product. 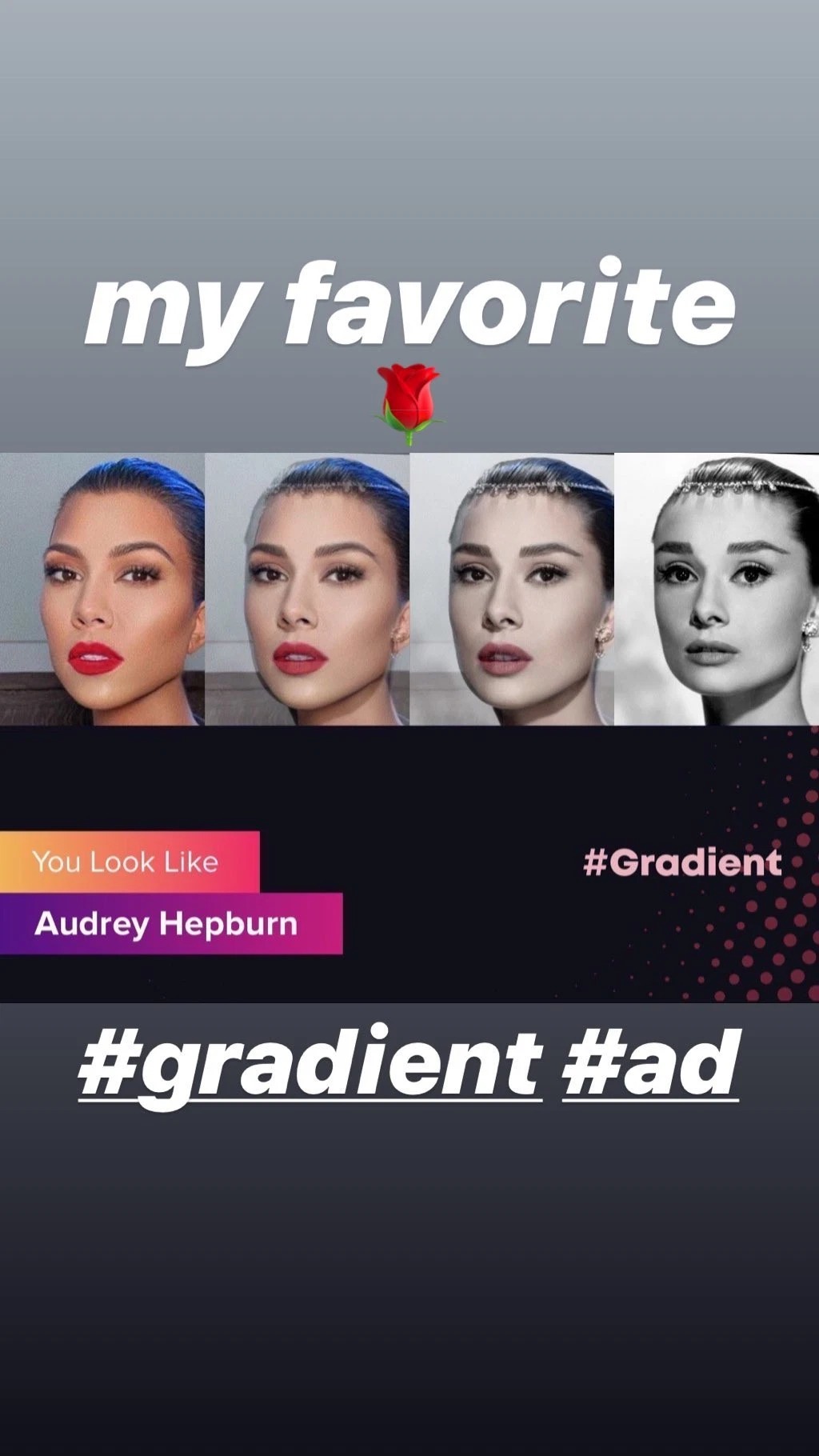 The new app Gradient allows users to take a photo of their face, and the app will tell the user which celebrity they look similar to. The app says it has several “AI-powered” features. But the feature that’s received the vast amount of attention is the “look like” function, which users your selfies and compares them to a bank of images of celebrities. It then tells users which famous person they look like before arranging a series of images into a collage that users can post to social media.

Many users from PewDiePie to Macaulay Culkin have used the app and shared their results on Twitter and it’s encouraged other users to download the app to find their own celeb doppelgängers.

It’s like looking into a mirror… An incredibly handsome, brooding mirror. pic.twitter.com/kvIvdTDlSz

However, recent reports have suggested that users may want to be cautious about the app.

Just days after the Kardashian promotion, the app was No. 1 in the App Store with more than 8 million downloads across both iOS and Android.

The app’s fast rise also raised eyebrows about the app’s origins. The developer, called “Ticket to the Moon, Inc,” does not appear to have ever released any other apps, has no recorded history on the app store, and there doesn’t appear to be any information about the company if you search online.

The privacy policy of the app says that it may use the user data for other purposes such as for advertising and even creating “other new products and features.”

In recent months, there have been similar popular apps that get a lot of attention before their privacy policies are questioned. FaceApp faced much scrutiny earlier in the year when it was used to make users appear old, and gained much attention online.

However, on an immediate look, there doesn’t necessarily seem to be anything in the privacy policy of Gradient that should alarm users. But, the reports coming in are suggesting that it’s not privacy that users have a problem with, it’s the fact that they’re receiving substantial unwanted credit card charges after using the app.

The app appears to be using its viral status to get users to subscribe to an automatically renewing subscription.

On downloading the app, users are prompted to accept a 3-day free trial to try the celeb look-alike feature. But, after that initial trial, users will then be on an indefinite $19.99 monthly subscription.

Users took to Twitter to complain about being charged so much by the app.

Don’t forget to cancel your Gradient subscription after 3 days because being told you look like Pope John Paul II is not worth $19.99 a month

SensorTower data suggests that Gradient has already made more than 1 million dollars from its viral success.

Holy shit. The current #2 app in the App Store is something called “My Replica,” which appears to be a shameless copy of that Gradient app going viral for its celeb look alike feature. When you download the first thing it asks you is to buy a $99.99 *quarterly* subscription pic.twitter.com/aCjSnY0Lmi

Copycat apps are now popping up on the App Store with similar subscription plans. For example, one new app with similar features is trying to get users to take up a $99 quarterly subscription.