The launch of a new tool means that those internet users eager to find out, in great depth and detail, how "others" see them.
Share 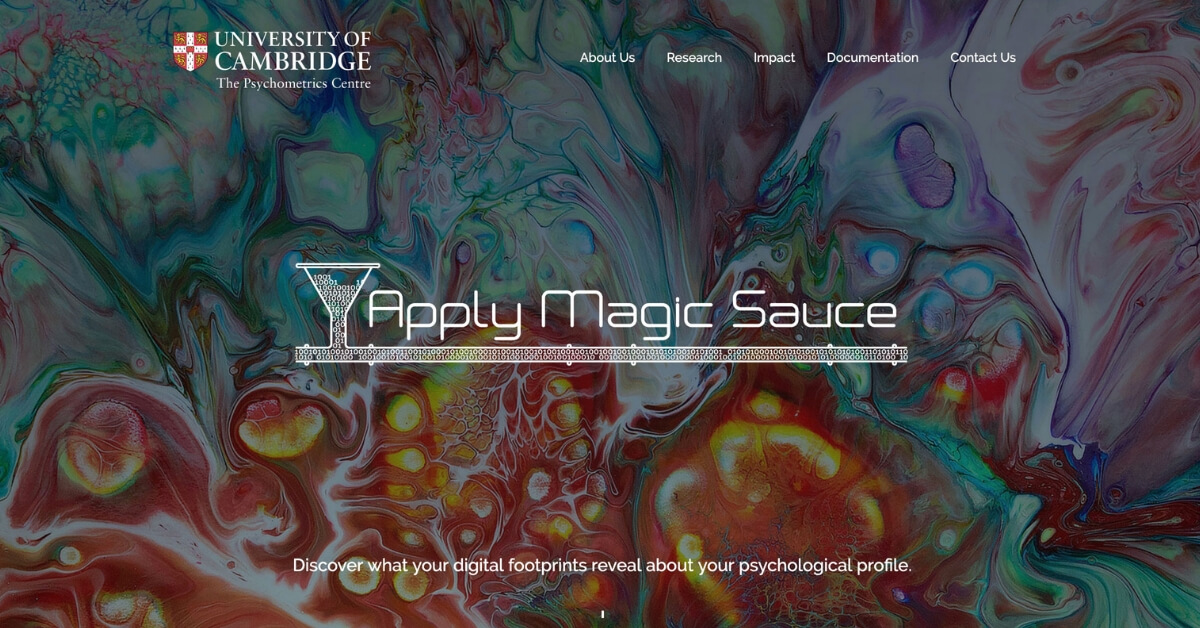 A seemingly never-ending stream of hacks, data breaches, and revelations about data collecting and abusing practices of both commercial entities and governments has been coming to light over the recent years – so it should come as no surprise to anyone living mostly on the internet, rather than under a rock, that “the internet knows them better than their spouse.”

That is the turn of phrase Scientific American recently used to report about a new psycho-demographic profile prediction tool, dubbed “Apply Magic Sauce.”

The launch of the tool means that those internet users eager to find out, in great depth and detail, how “others” see them – and willing to share selected data from their social accounts with the project, coordinated by the Cambridge University’s Psychometrics Center – are in luck.

The demo of the tool is now online along with instructions about what it aims to do, how it works, and how to use it.

Under the slogan, “discover what your digital footprints reveal about your psychological profile,” the project declares its belief that citizens have a right to understand their data – “but most big tech companies would rather not reveal what is predictable (or profitable) about you.”

In addition, the page added, “it reveals how you might be perceived by others online and provides academically robust insights on your personality, intelligence, leadership, life satisfaction and more.”

Reporting about the tool, Scientific American said the algorithm “illustrates how easy it is for anyone who tracks our digital activities to gain insight into our personalities and potentially invade our privacy,” adding that these inferences then “might be exploited to manipulate, say, what we buy or how we vote.”

The project also provides instructions on how to download data from Twitter and Facebook and then upload it to Apply Magic Sauce – if you don’t fancy letting them log into your social media accounts directly.

And should you be leery of downloading your data from Facebook and Twitter, in order to upload it to the Cambridge University’s Strategic Research Network – they explain that the study is anonymous and can be abandoned at any time, while the data is not stored. There’s also a lengthy “privacy and cookies” policy page, always worth a read.

Apply Magic Sauce users are promised control over the data they choose to share anonymously, as the tool generates a unique ID allowing access and removal of said data “at any time.”

But other than having fun taking a personality test, what’s in it for the participants?

“By using this demo you are contributing to scientific research and helping to raise awareness of privacy issues worldwide,” the Center said.