The next stage of censorship.

Beijing is updating its online censorship rules, and stepping up their enforcement, as the Cyberspace Administration of China is set to force social media personalities and bloggers to acquire government credentials if they wish to cover issues pertaining to politics, military and healthcare, education, the economy, and the judiciary.

Even by China’s standards, this is interpreted as a significant expansion of powers of regulators and censors, with the goal of establishing even firmer control over information, and promoting only one, officially approved narrative on a wide range of key news topics.

Requiring bloggers and others publishing online to obtain a permit has been a rule in China since 2017, but until now, it only concerned politics and military affairs and was not widely enforced.

Titus Chen of the National Sun Yat-Sen University in Taiwan summed up the emerging situation by commenting, “The regulators want to control the entire procedure of information production.”

For the authorities, what they are doing is “strengthening order in online publishing,” while the Cyberspace Administration did not hide, as the new rules were being announced in January, that it wants more powers in supervising and managing, as the agency’s chief put it.

Unless internet users have the required credentials, other topics that are now off limits are “out of context” posts about the history of China and the CPC, its ruling, and only party. While as Chinese social media giant Weibo explained, they can still comment on news stories from official media, “unaccredited” users are prohibited from writing original news content.

In early February, the Cyberspace Administration also started removing content that does not meet government requirements from social networks, search engines, and browsers. Observers say this is not the first “cleanup” campaign of its kind, but that it, too is now being carried out more vigorously than in the past – and affecting even those who are not posting things censors might perceive as controversial.

The focus of the entire effort is to streamline information sources and make sure news is not consumed from sources that are not tightly controlled; the early days of the coronavirus epidemic in China are believed to be behind the decision to put an end to what is described by the Cyberspace Administration as “self media” that they say “maliciously created and spread rumors.” 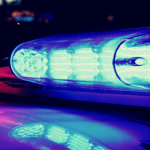