Instagrammer says he spent 5 days in jail after climbing pyramids in Giza, Egypt

The influencer shared the images with his 3 million followers.
Share

If you were to post a straight-up, obvious meme on Instagram showing a picture of a pyramid in Egypt along with some funny text – chances are, one of Instagram’s remarkably tone-deaf third-party “fact-checkers” might flag your content as “fake news” in no time.

And if you posted a photo-edit of a picture of a pyramid in Egypt in, say, a snowstorm – for artistic effect – guess what: that, too, might easily get hidden behind a “false information” overlay on the platform.

But if you were to go to Egypt, break the law of the land, put yourself in multiple kinds of physical danger, just for the sake of capitalizing on an inane stunt for the benefit of your Instagram audience – Facebook’s picture-sharing and influencer-fostering platform would apparently have no issues with that at all.

It’s also unclear if the New York Times Style’s Taylor Lorenz is here to fish for genuine Twitter outrage over this particular type of deplorable behavior, or simply give it – and herself – more exposure with this kind of tweet.

“Big yikes,” Taylor said. The comment accompanied an image of what seem to be a pair of legs and white sneakers extended onto a horizon showing the ancient pyramids of Egypt – in other words, a picture taken by a person who claims to have climbed on top of a pyramid on the outskirts of Cairo – something that’s illegal in Egypt. Taylor also dutifully includes a link to the Instagram page where the content originated. 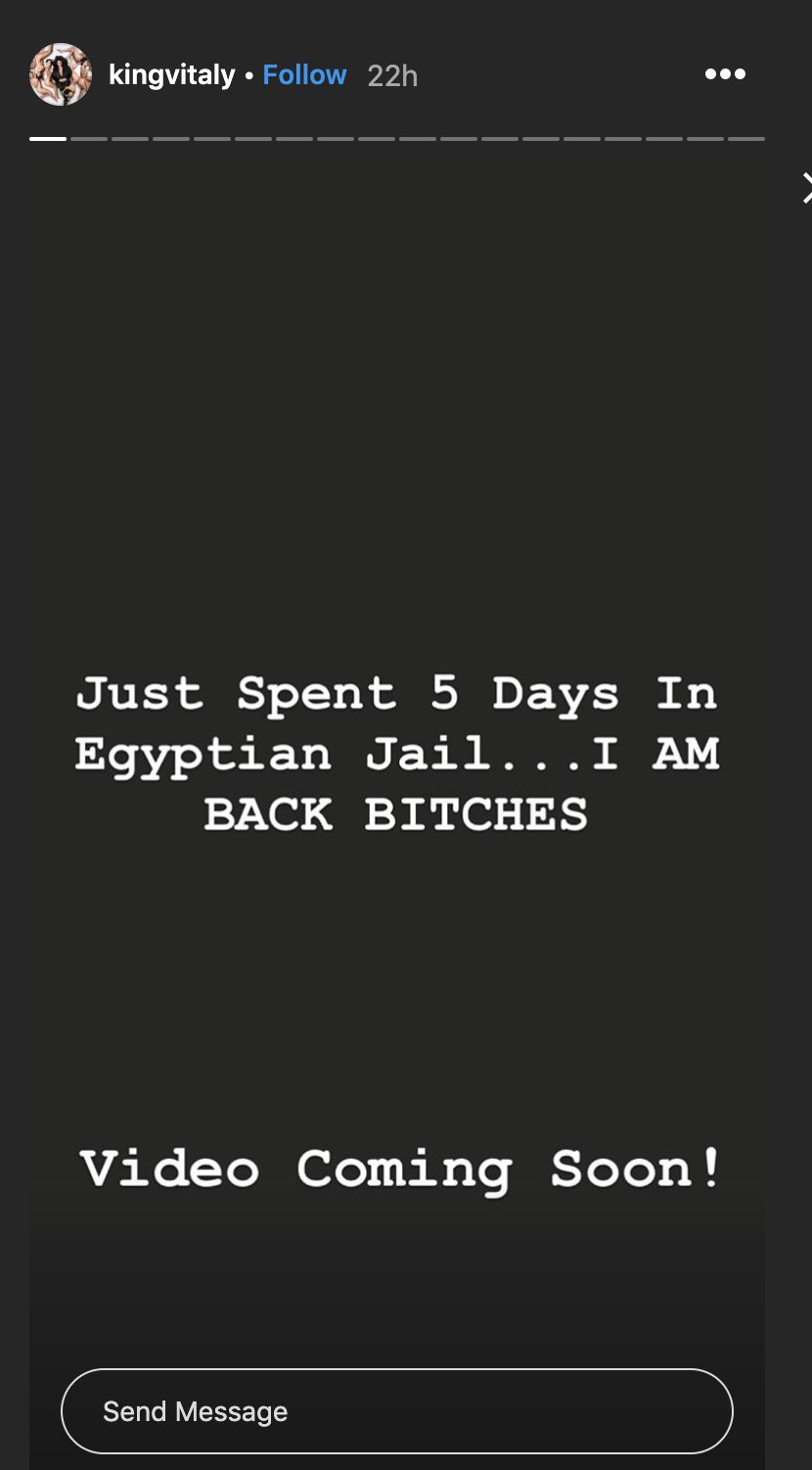 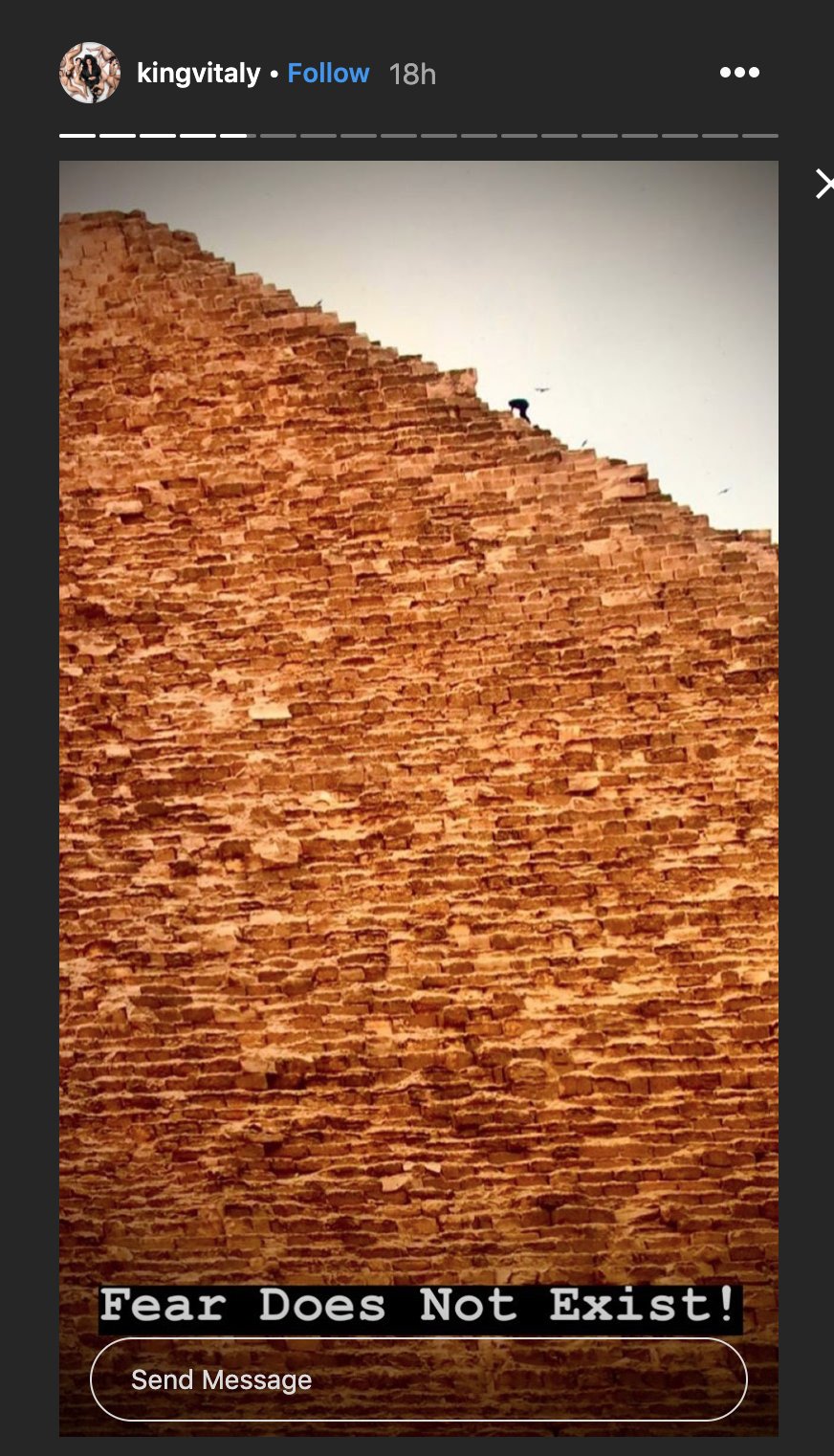 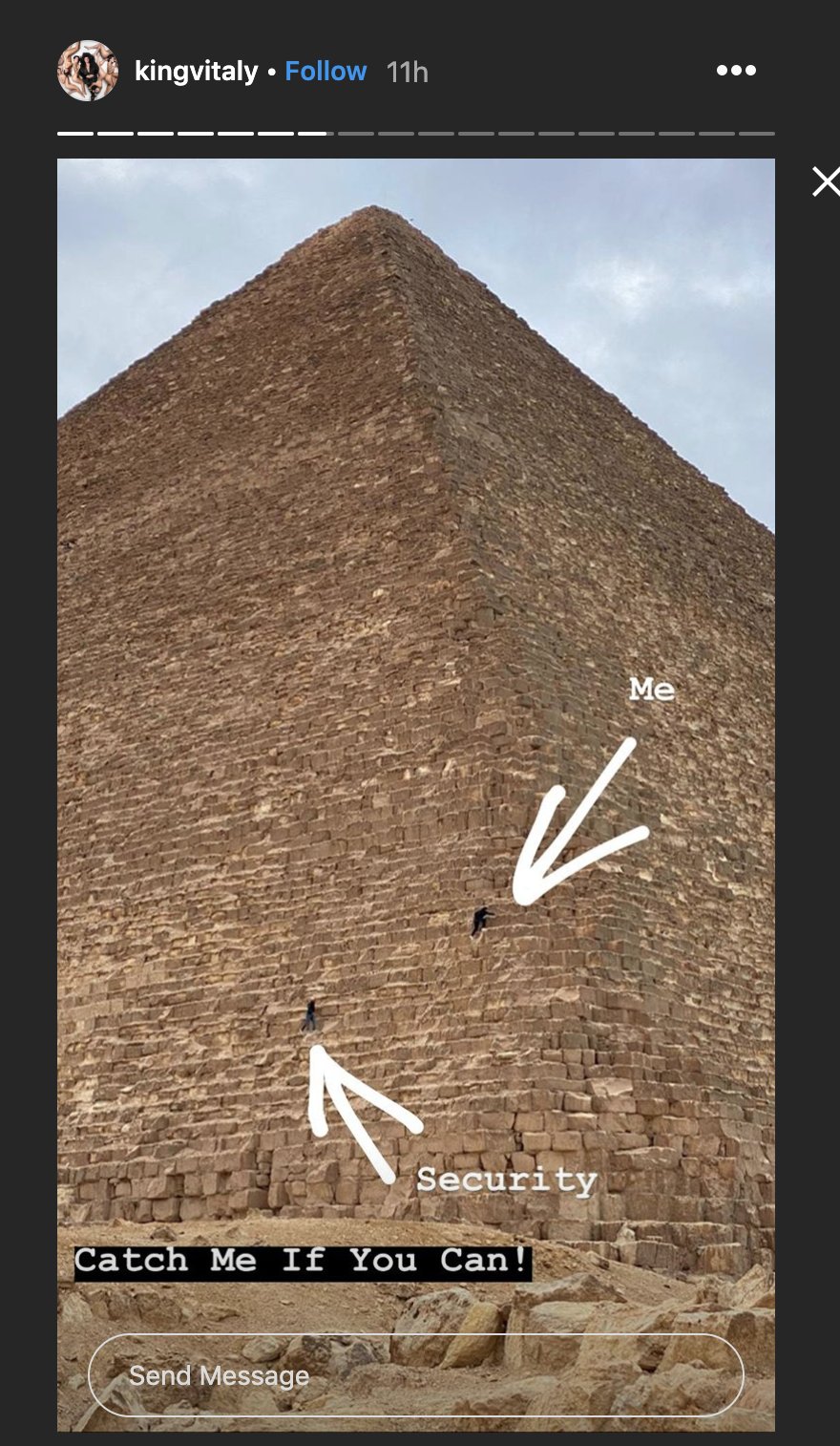 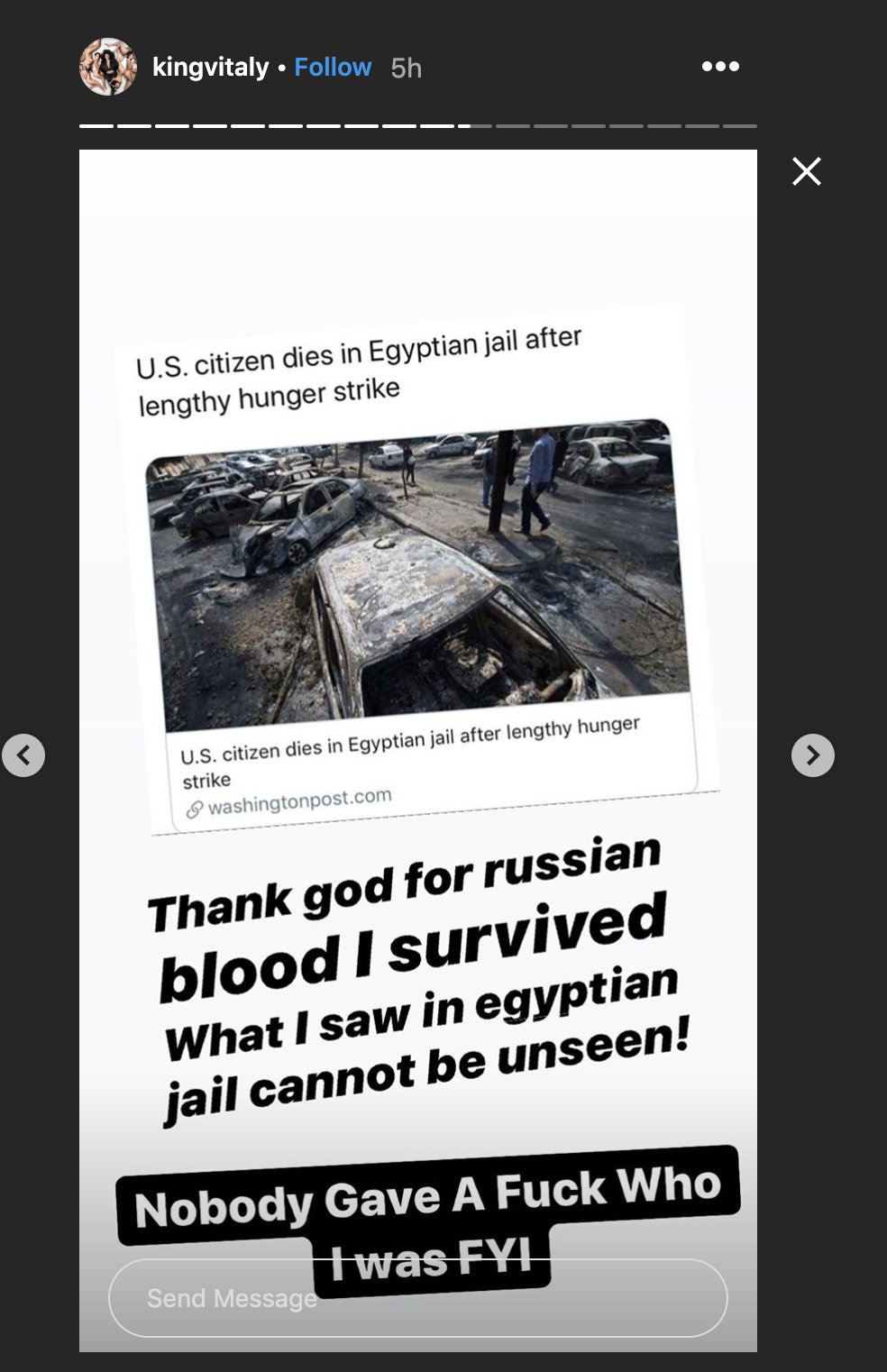 Over there, an influencer with a multi-million following going by the username of “kingvitaly” informed their fans, “No words can explain what I just went through the past 5 days.”

To be fair – no words should be able to explain such behavior for at least another month, nevermind “5 days” – because one month is the minimum jail time the state of Egypt says it imposes on those violating its rules around protection of world heritage sites like the Giza pyramids.

“I was locked up in Egypt because I climbed the pyramids of Giza. I’ve been in jail many times but this one was by far the very worst. I saw horrible things and I don’t wish this upon anybody. Was it worth it? FUCK YEAH! I did it for a good cause,” said the Instagram influencer.

Taylor, meanwhile, followed up the first tweet with a series of others referencing “kingvitaly’s” content on Instagram, while saying that “promoting the desecration of historic monuments to brag to your 3.1M followers on Instagram is not a good look.”

Baiting the authorities in an unstable country like Egypt for the sole purpose of achieving Instagram fame might have ended up not being a particularly good “look,” either.