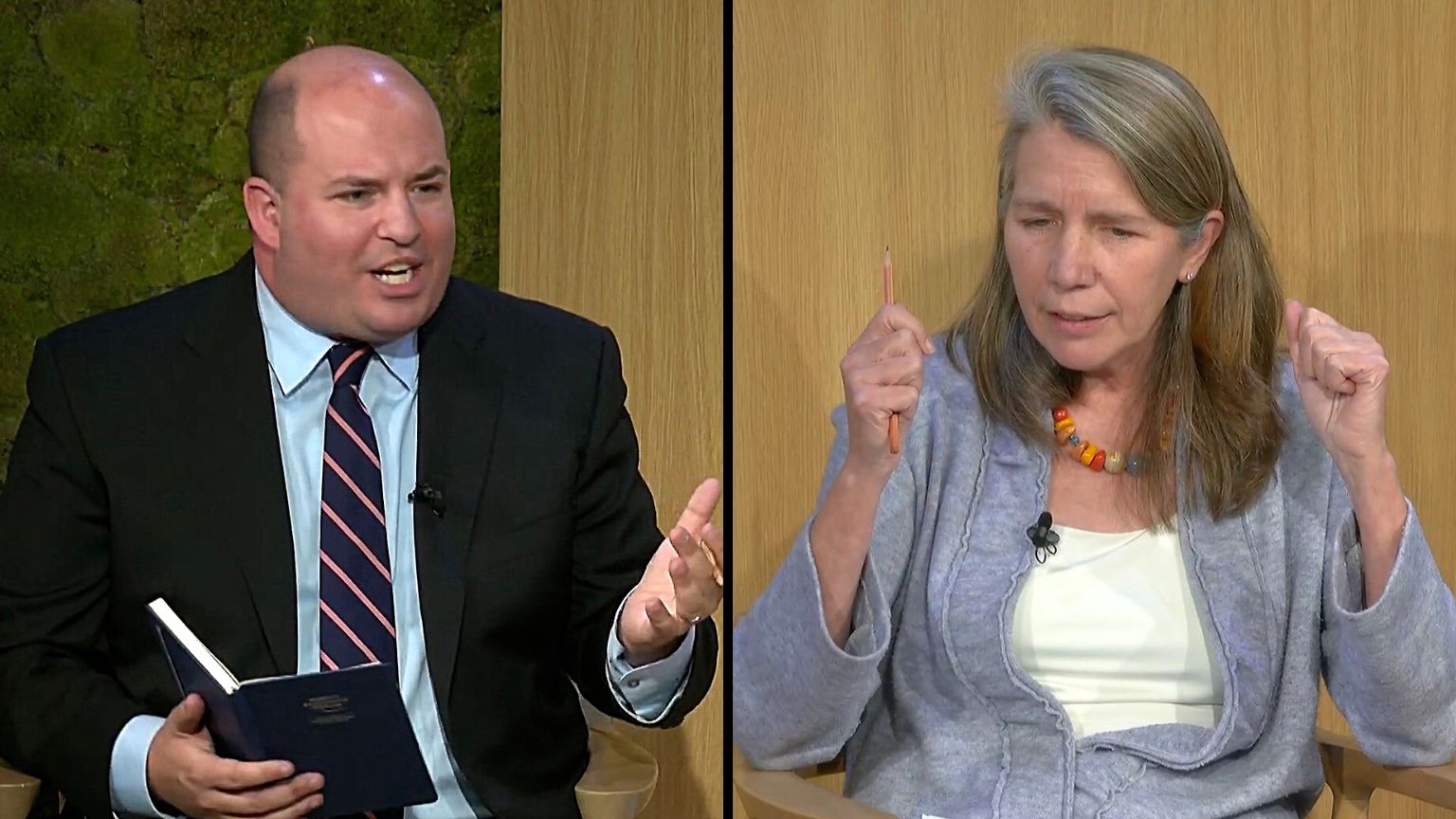 It’s entirely unsurprising that Brian Stelter, once of CNN, has gotten the gig of moderating a panel at this year’s World Economic Forum (WEF) Davos conference.

And it’s no shocker that stuff like the apparently extremely dangerous problem of “gendered disinformation” was what he got to discuss.

Stelter – a self-styled technology and “misinformation” expert, whose sometimes astonishing takes in support of censorship were given air on the cable channel during the worst days of the pandemic-and-elections-induced free speech crises of the past years – hosted a Davos event called, “Clear and Present Danger of Disinformation.”

And Stelter wanted to know how the discussion related to “everything else” that was happening in the world elites’ stomping ground of Davos.

In response, Sulzberger voiced a dramatic warning: whatever he defines as disinformation is “the most existential problem” in the world, the publisher said – it is “attacking trust” and causing societies to “fracture.”

Now, those who might think “Internews” is a news organization would be mistaken; it is a nonprofit with as many as 30 offices around the world, where it supports “independent media” in 100 countries.

Judging by the way Stelter spoke with Internews’ Bourgault, those “independent media” are in need of her organization’s “counsel” on how to operate in “this environment” – that of widespread and frightening “misinformation.”

After making it all about himself by telling a long, suspect story, where he reportedly fell victim to “a crazy website” publishing lies about him and mentioned some apparently intrusive fact-checkers (essentially performing wellness checks on him), Stelter gave the floor to Bourgault, who had a unique take on this kind of problem.

“Gendered disinformation” is how she phrased it, noting it was “the most worrisome” of the lot.

“The fact that those types of stories (such as that told by Stelter) hit women so much worse and politicians and it’s just proven across the board that women online get harassed and online harassment becomes offline harassment very, very quickly and so gendered disinformation is one of those trends that is to me one of the most terrifying out there,” Bourgault said.

One proposed solution is “holding platforms accountable” – often a euphemism for pressure and censorship.