The Tyranny of Big Tech was due to be published this year.
Share

Simon & Schuster announced that it will no longer publish The Tyranny of Big Tech, a book by Missouri Senator Josh Hawley. The publisher canceled the book because Hawley objected to the electoral college vote at the Capitol on Wednesday and was therefore seen by the company as an inciter in the storming of the Capitol building.

“We did not come to this decision lightly,” Simon & Schuster said, speaking to the New York Times. “As a publisher, it will always be our mission to amplify a variety of voices and viewpoints: at the same time, we take, seriously, our larger public responsibility as citizens, and cannot support Senator Hawley after his role in what became a dangerous threat.”

In a statement, the Senator responded, accusing the publisher of being part of the woke mob. He said that he was exercising his duty of “representing my constituents” and “leading a debate on the Senate floor on voter integrity.” But the left is seeing his actions as “sedition.” 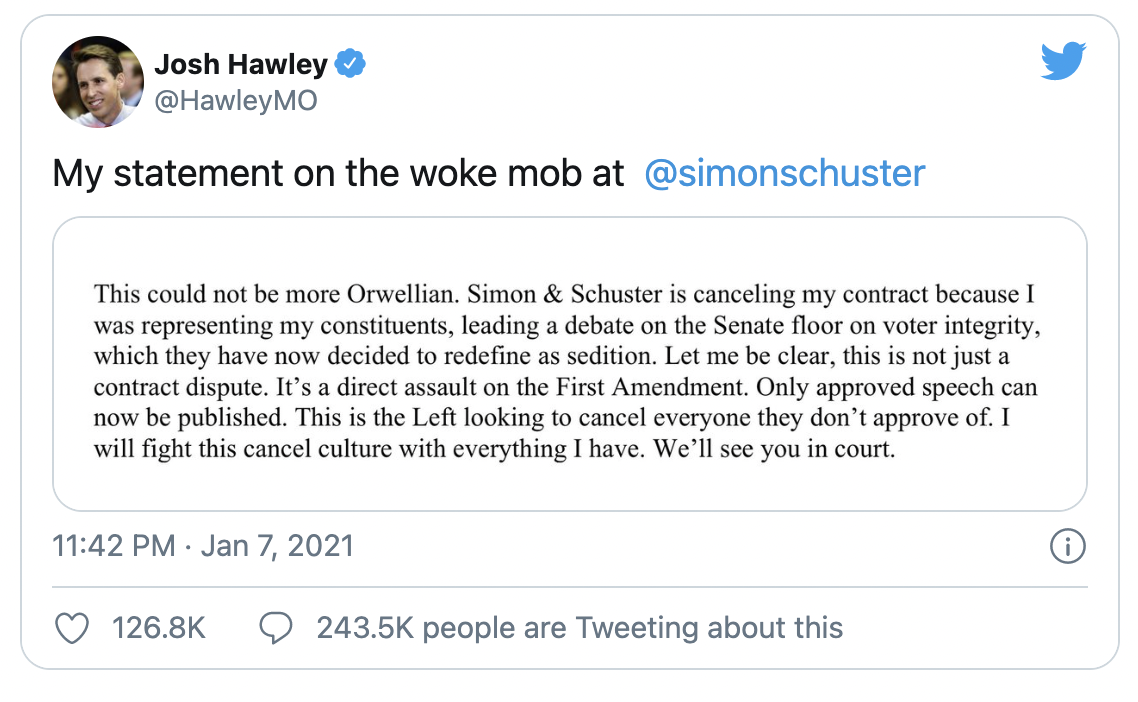 Hawley vowed to “fight this cancel culture with everything I have.” He concluded the statement by saying, “We’ll see you in court.”

Many on the left say that Hawley bears some responsibility for what happened on Wednesday as he was seen giving protesters a cliched-fist salute.

However, in an interview on CNN, he said he was not to blame.

Asked whether President Trump was to blame, he said, “I don’t think urging people to come to the Capitol was a good idea.”

The picture of Hawley giving the protesters a clinched-fist salute quickly circulated on Twitter, with many dramatically accusing him of treason and sedition.

Michael Steele, former Republican Lieutenant Governor of Maryland, tweeted, “The picture (among many) we will all remember from what we’ve witnessed today. Hawley – you are Donald Trump’s symbol of this sedition.” 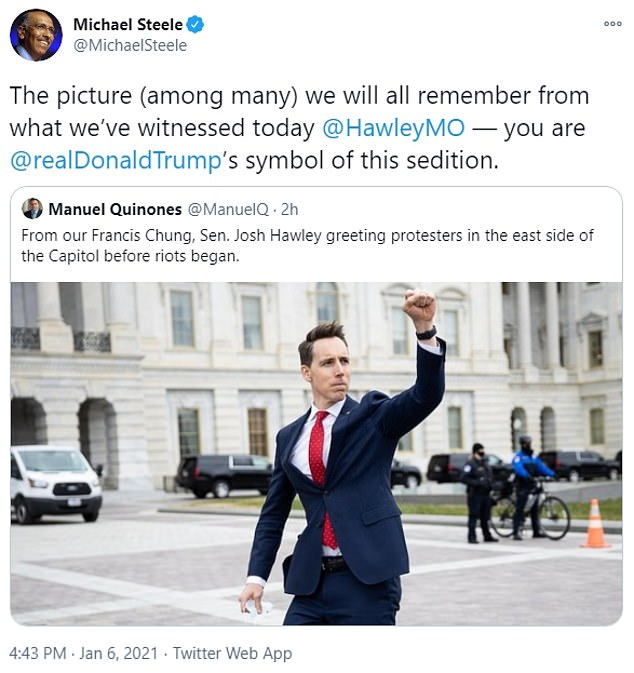 Scott Dworkin, the co-founder of the Democratic Coalition, said Hawley should be arrested for treason. 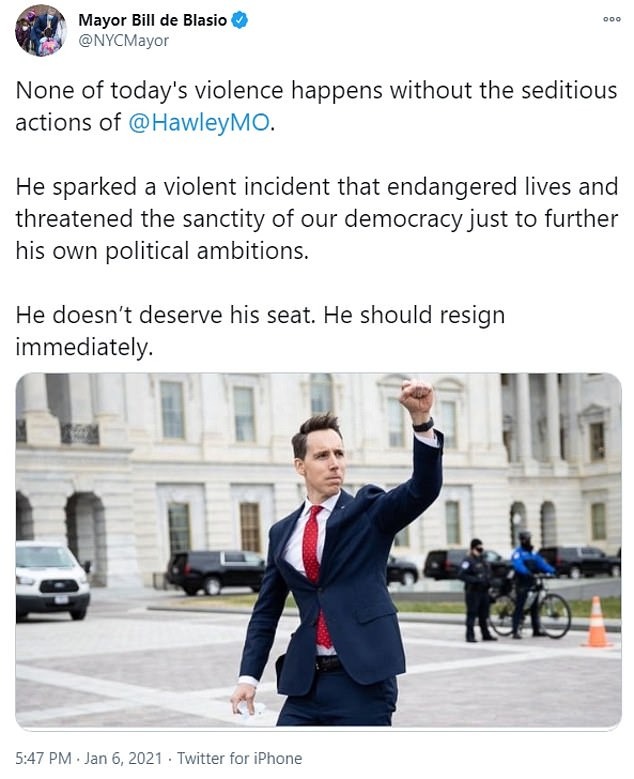 Senator Josh Hawley has been a leading critic of Big Tech platforms and their censorship of speech and promotion of cancel culture.

Hawley has introduced bills that aimed to curb the power of Big Tech and to allow platforms to be sued for their political censorship. Neither of Hawley’s Big Tech censorship bills passed.