Loomer is running for Florida’s District 21.

Political commentator and investigative journalist Laura Loomer, often dubbed the “Most banned woman online,” announced she would be running for the House Representative seat in Florida’s District 21. Despite being banned from all major social media platforms and payment processors, she ran for the seat in the 2020 election and lost to Lois Frankel of the Democratic Party.

Loomer announced her decision to run again for a seat in Congress at the Trump International Golf Club, located in West Palm Beach, Florida. Her decision was backed by Trump’s political adviser, Roger Stone, Rep. Paul Gosar (R-AZ), and GOP strategist Karen Giorno. Present in the fully-packed room were other members of the RNC, Florida’s GOP Committee, and many conservative activists and local donors.

Loomer was the first federal seat candidate and campaign to be deplatformed by Big Tech platforms. While addressing supporters in Trump’s golf club, she warned how American values were being targeted by Big Tech through censorship. She reminded the people present of her prediction in 2018, when she was banned from most mainstream social media platforms:

“If it can happen to me, it can and will happen to PresidentTrump.”

“When you are designated as a domestic terrorist, which is what the Democrats are trying to do to all Trump supporters, your ability to travel is restricted and you are automatically stripped of your right to own a firearm,” said Loomer. “This is what is happening in Joe Biden’s America.”

Loomer noted how Rep. Marjorie Taylor Greene (R-GA) is being silenced in the House of Representatives, now controlled by the Democratic Party. Greene has also faced censorship online. In a statement to The Floridian, Greene endorsed Loomer’s candidacy.

“Laura Loomer is exactly the type of America First Patriot that I need standing beside me on the House floor. Like me, Laura will defend your free speech against Big Tech censorship, our borders against Globalist elites, and the Second Amendment against gun grabbers in Congress every day. I’m proud to support another strong woman who is absolutely fearless. America needs Laura Loomer in Congress,” Greene said.

Considering the upcoming redistricting, it is not clear whether Loomer will have to run against Frankel again in 2022. That said, Frankel already expressed the fear of losing her seat by sending a fundraising plea to supporters to contribute to her 2022 campaign. 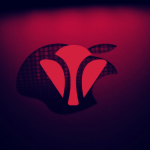 A restricted version of Parler will return to the App Store 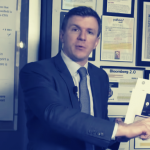 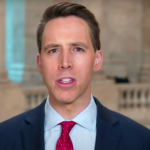 A restricted version of Parler will return to the App Store

Report: Huawei had the ability to listen to phone calls of every Dutch citizen, including government officials

DMCA requests continue to attempt to bring down legitimate websites