The story was picked up by major outlets.
Share

The news that China was about to send 100,000 ducks to Pakistan to fight a locust invasion spread on the internet like wildfire.

Instead, this now-debunked piece of fake news, originally reported by China’s Ningbo Evening News, was picked up by the guardians of truth – everyone from Bloomberg to the BBC.

The story spread like wildfire online before the Associated Press’s update finally questioned the veracity of the story.

It turns out, ducks don’t usually eat locusts – and even if they did, 100,000 of them would be so few to make any kind of difference. 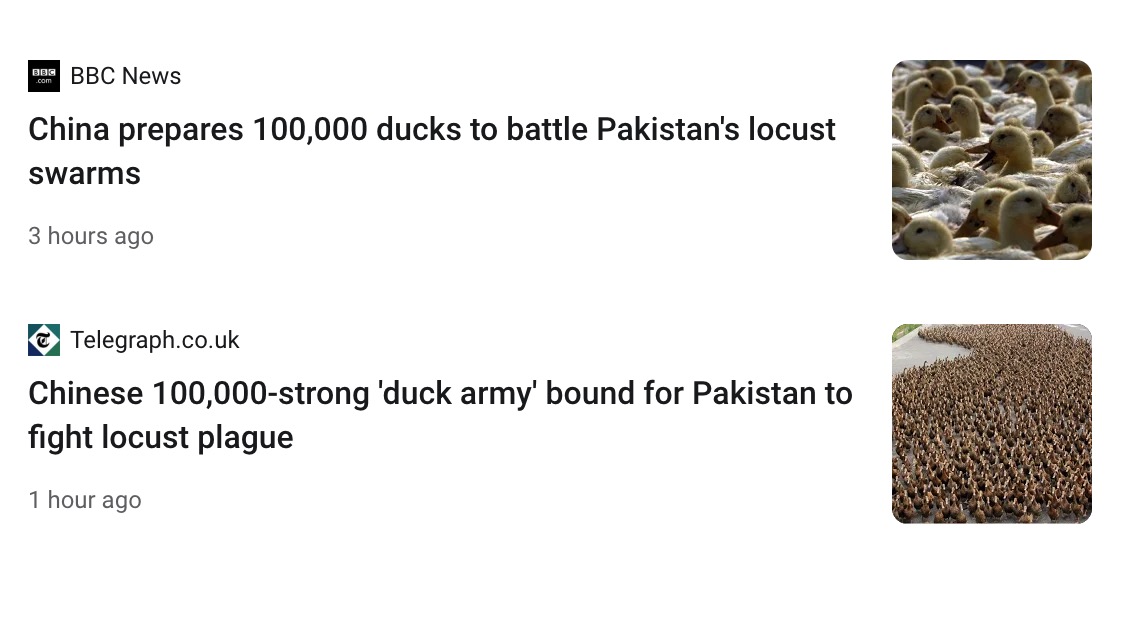 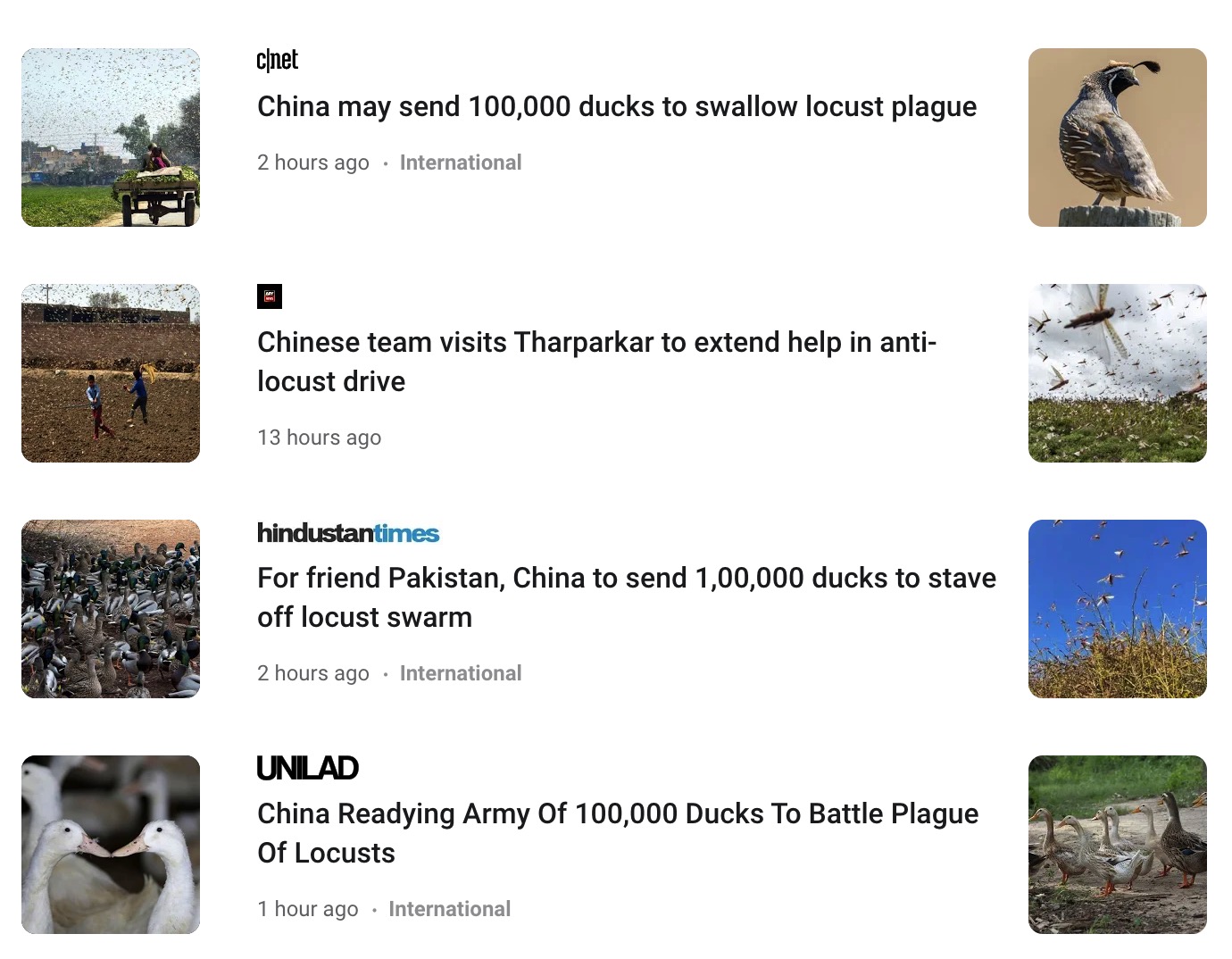 The gist of the article by the Ningbo Evening News was that a waterfowl “army” would be sent to Pakistan to eat locusts that are currently ravaging this Asian country.

Chinese experts have already been sent to Pakistan to help local authorities deal with the infestation that started last year.

Hong Kong-based Phoenix TV has tried to receive confirmation of the intent to assemble a duck army and dispatch it to Pakistan.

Apparently, as of Thursday, the Zhejiang Provincial Institute of Agricultural Technology, whose researchers were cited in the original report, couldn’t confirm the story.

On the outside, most of the leading English language media are committed to the point of obsession to warning about fake news and misinformation, and promoting practices like fact-checking.

But when an opportunity to publish a clickbait headline arises, their journalistic standards are abandoned.

Time magazine, Bloomberg, the Independent, the Daily Mail – they all went for the phrase “duck army” in those headlines.

The BBC was not shy to report about “preparations” now underway in China of 100,000 anti-locust ducks and the Telegraph was not far behind with a similarly entitled article.