YouTuber Louis Le Vau has been permanently demonetized. The libertarian YouTuber, critical of social justice warrior movements, will stop generating income through ads on the platform after being demonetized for promoting what YouTube thinks is “hateful and/or harmful” content.

The channel’s content has been classified as harmful to the community for allegedly encouraging hatred, which immediately removes any monetary benefits he may generate from them.

The real cause, however, many suspect, seems to be related to his way of thinking.

This is not the first case in which YouTube has used the “hateful and/or harmful content” label to censor a YouTuber who has not broken the rules of the service.

Carl Benjamin also suffered from the same fate this week.

Due to the friendly relationship that both YouTubers had, and their political ideologies, it has been speculated that these actions are part of a strategy by Google as the demonetizations were in quick succession. 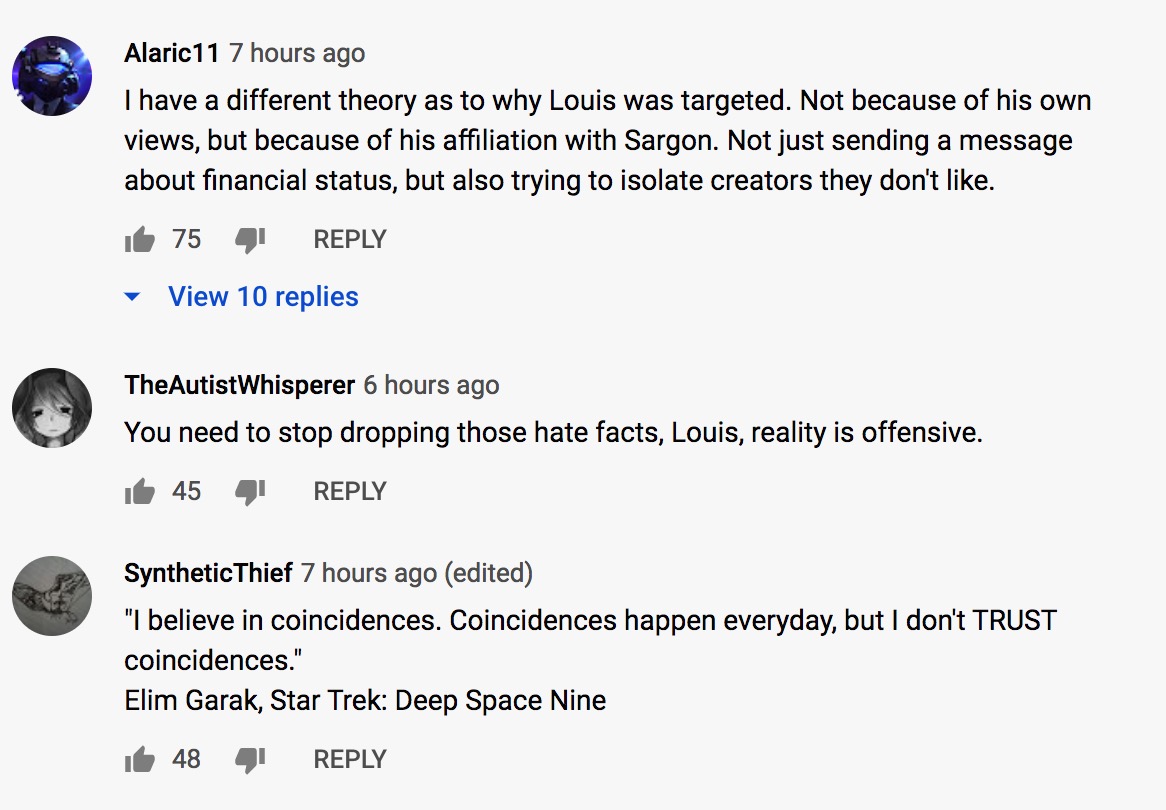 Adapting to the politically correct

Louis Le Vau himself announced the news about the demonetization on March 3 on Twitter. In the message, he attached the notification that his channel could no longer receive money along with the cause of the decision.

It was a good ride but it appears YouTube has finally had enough of my presence. They (barely) informed me of this change an hour ago. pic.twitter.com/sunOpMyY3s 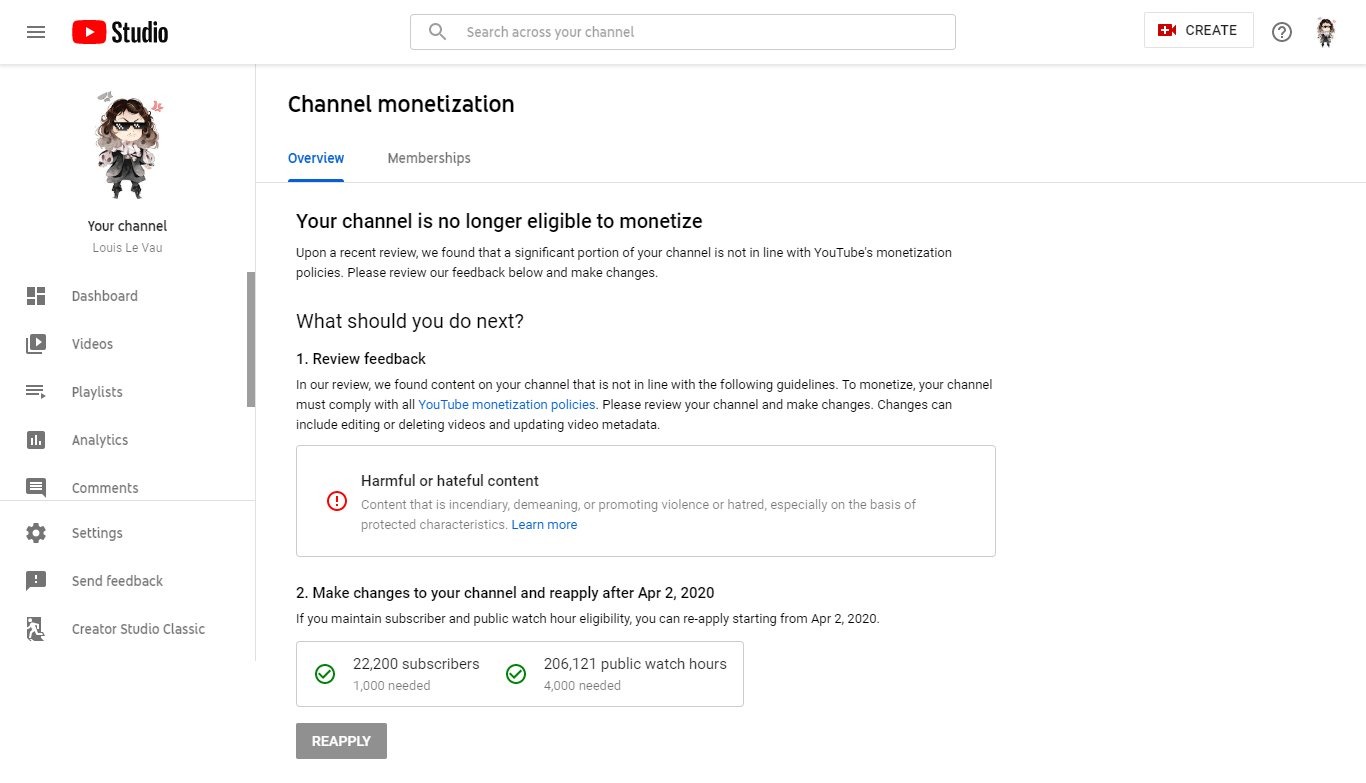 “It really is a David and Goliath story,” Louis Le Vau said, responding to the decision, “and unfortunately David isn’t off the ground just yet and Goliath owns the f______ state.”

He then went on to suggest how YouTube had already prevented him from linking away from the platform in videos and showed a screenshot where content was removed for containing links.

This severely reduces the chances of Louis Le Vau being able to monetize his work through affiliate links.

“Anything that isn’t mine, like if I have a TeeSpring, if I have a SubscribeStar…those are the thing they still allow. But when it comes to affiliate links – whether it’s just for me or whatever – they’re not allowing me to have affiliate links any more, and if I add any more, they’re going to flag those videos,” Louis Le Vau said.