The law can be used to block regions or individuals from accessing apps.
Share

In what seems to be an attempt to abuse the fake news cause, the Nigerian government is proposing legislation that would allow it to block WhatsApp, Facebook, and Twitter. The legislation is officially titled “Protection from Internet Falsehood and Manipulation Bill.” This bill gives law enforcement the authority to cut off internet access to specific individuals or locations.

While most totalitarian governments prefer to monitor their citizens’ online interactions, some opt to block access to social media altogether, like Syria, Iran, and North Korea.

As is often the case, backers of the bill claim it will enhance security, peace, and unity by curbing the spread of “false statements”.

The bill prohibits, among other things, online statements deemed “likely to be prejudicial to national security” or “diminish public confidence” in Nigeria’s government. Such offenses would be subject to fines of up to 300,000 Naira ($825) or imprisonment for up to three years. 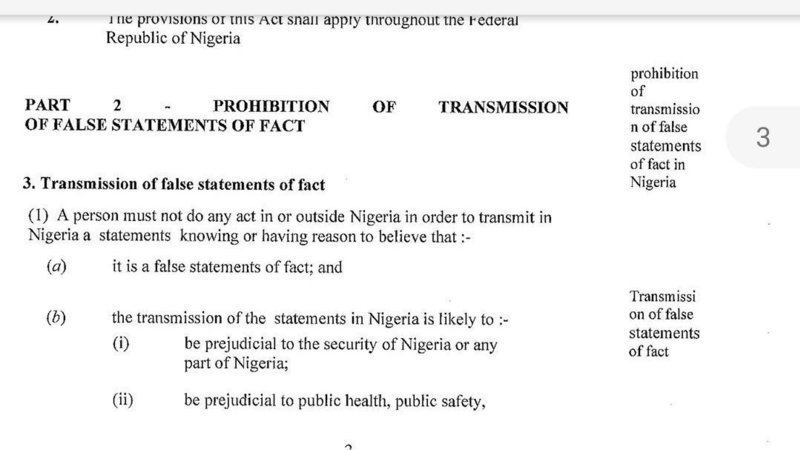 Human Rights Watch and Amnesty International have called the bill dangerous and showed support for its opposition. Upwards of 85,000 people have signed an online petition to kill the legislation. The #SayNoToSocialMediaBill hashtag has been seen at the top of Twitter’s trending charts.

Despite the opposition and criticism, the legislation has made it through the Senate in late November and has since been moved to the Senate’s Committee on Judiciary, Human Rights and Legal Matters for consideration. This could take up to four weeks.

A spokesman for the Nigerian Senate, Senator Godiya Akwashiki said “Nigerians still have a say over the bill during the public hearing. It is an opportunity for the general public to express their views and be captured in the bill.” Co-sponsor of the bill, Senator Sani Musa, blamed fake news for the continued activity of insurgency Boko Haram, which pledged allegiance to ISIS in 2016.

Berhan Taye, a senior policy analyst at Access Now believes the bill is not only dangerous but also ineffective. Stating that it will not prevent fake news from spreading. “Fake news is a global problem.” Additionally, this bill could impact Nigeria’s economy, as 24-hour blackouts are projected to cost $134M.