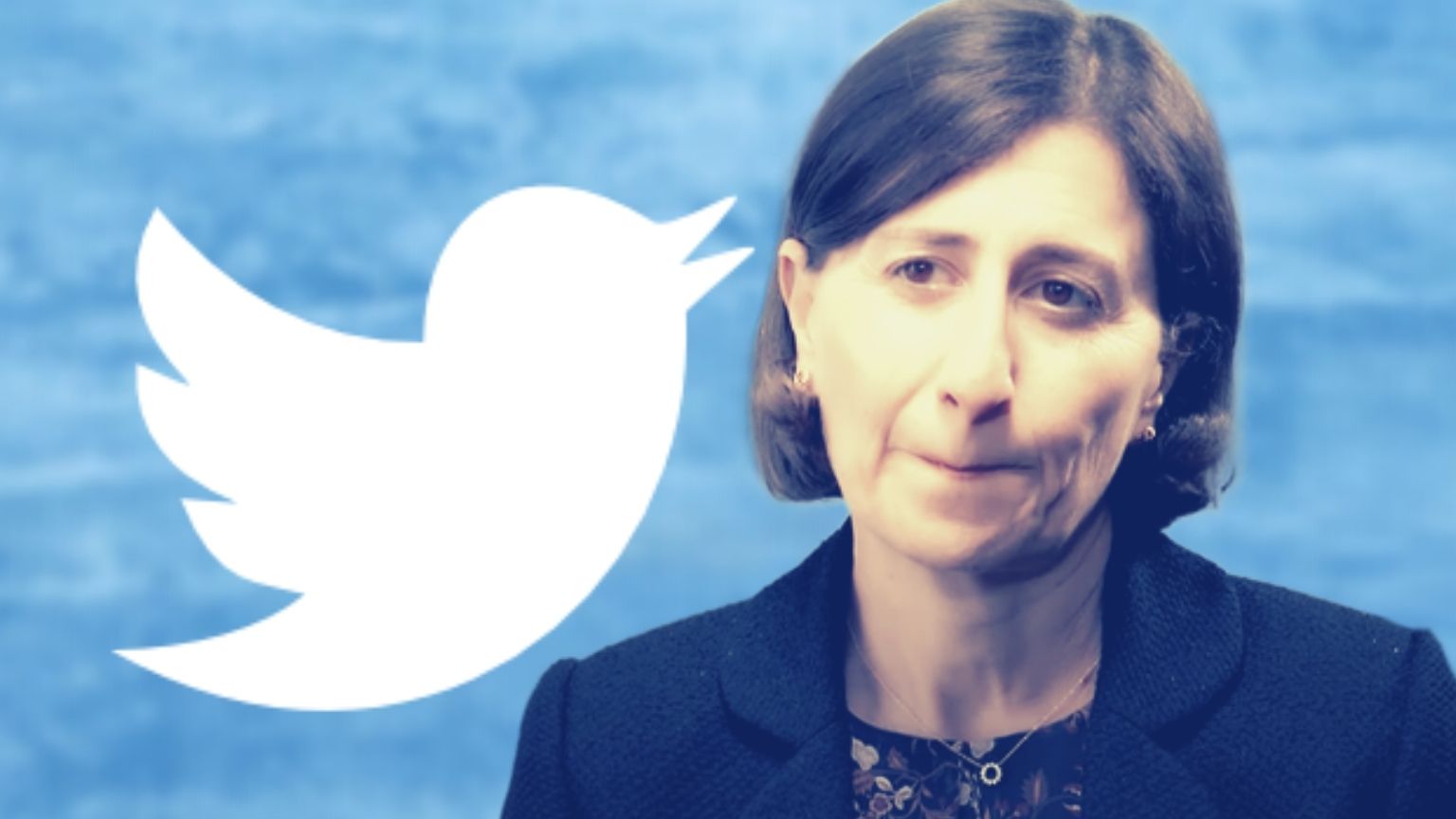 Politicians often argue that social media isn’t the public square when it comes to defending censorship online. Yet, they often use it as one.

Australia’s New South Wales’ leadership is facing backlash for announcing a statewide lockdown via Twitter. Critics of the move note that news of such impact deserved mentioning in a press conference as some people do not use social media (or are actually banned from social media for criticizing the very proposals the government are introducing) and might not get the news in time. 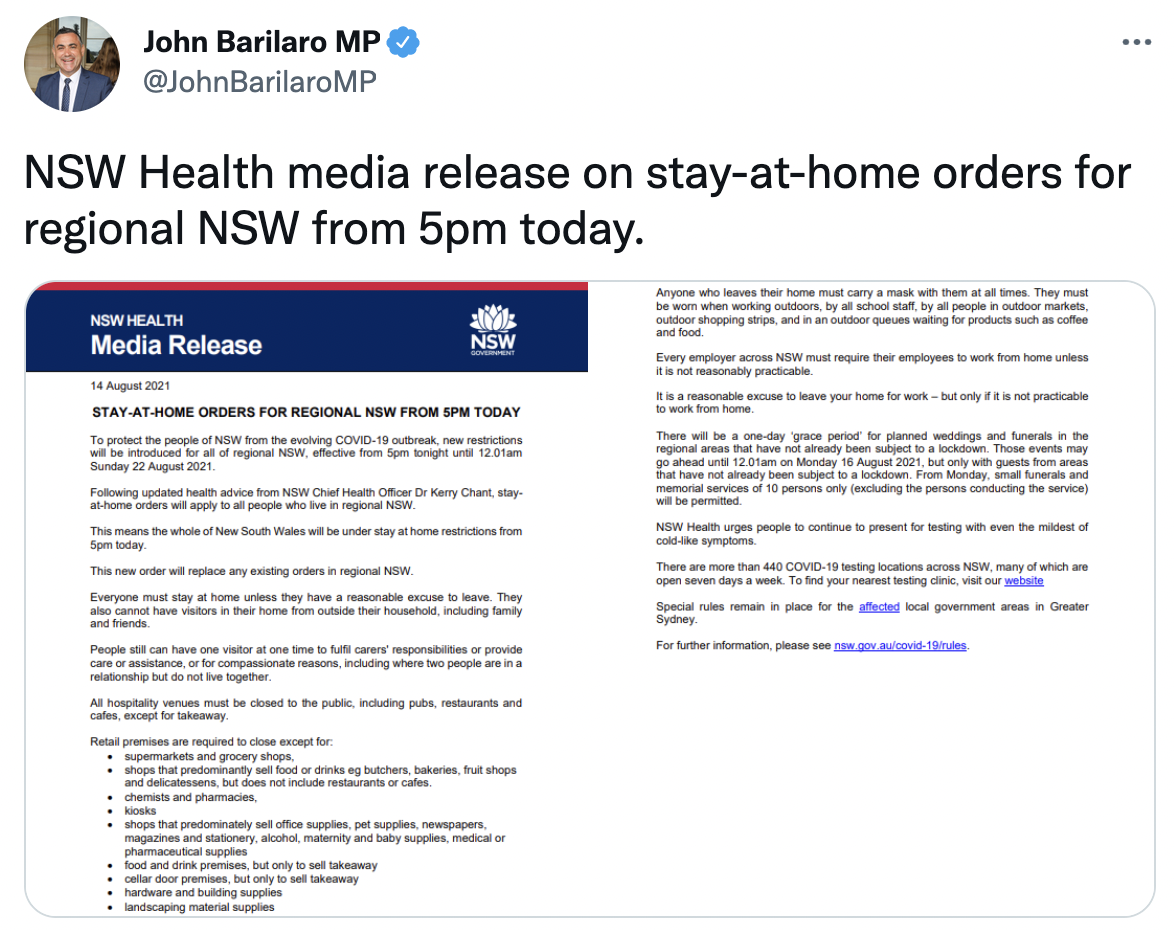 The decision to make the announcement via social media caused outrage, critics noting that the lack of a press conference was “insulting” and “disgusting.”

“As someone with many family members in regional NSW, I find it appalling a statewide lockdown is announced on Twitter. Yes, let’s protect them but also show some respect – I’m sure there was time in today’s 45 min presser for a mention!” Sarah Stewart, a journalist, wrote on Twitter. 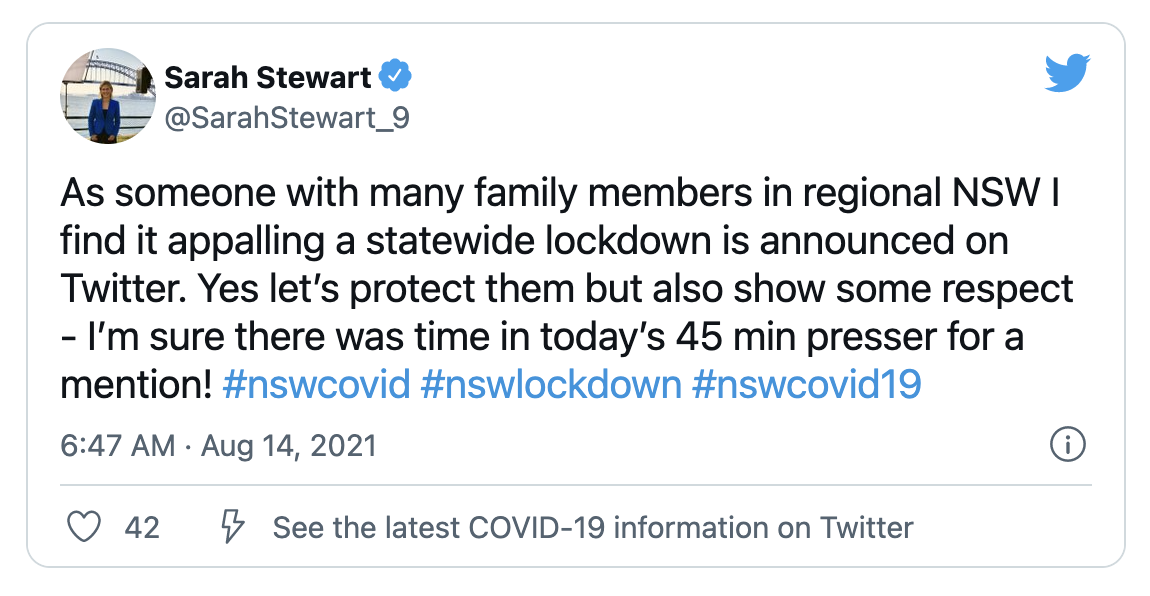 Another journalist, Antoinette Lattouf wrote: “Interesting use of Twitter for this announcement. Regional Aussies are on average a lot older than Sydney folks. And we all know 60s+ year olds are [not] getting their news via social media.” 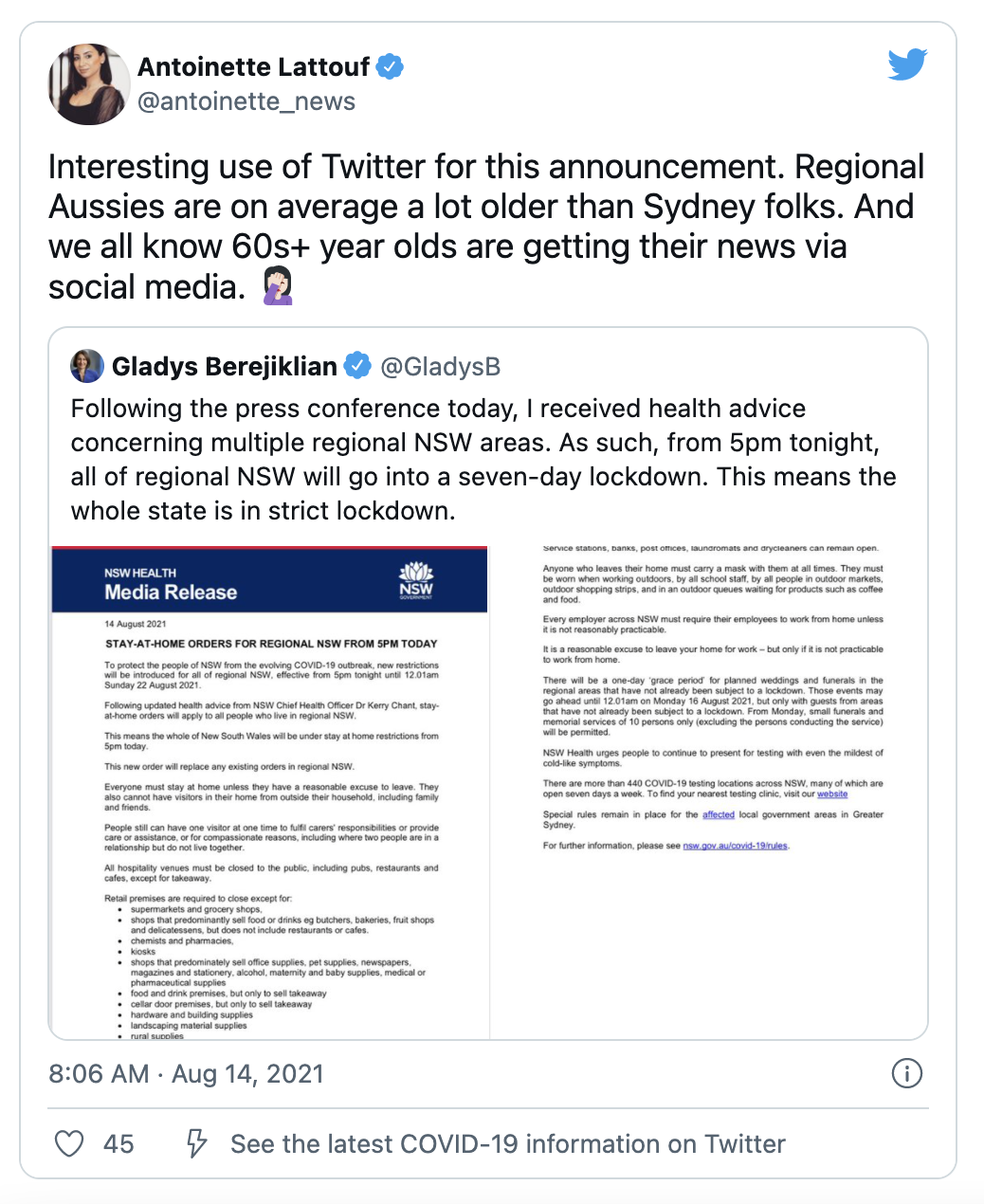 Some blasted Premier Gladys Berejiklian for her silence as the news began circulating. The premier made her first tweet about the news at 3.45pm.

“NSW is in absolute chaos, not sure if Gladys is still in charge, national MPs announcing lockdown on Facebook and twitter before any official announcement,” noted one Twitter user.

In a press conference earlier in the day, at 11am, the premier said that the state was struggling to contain the Delta variant. She warned that lockdown could be extended to some other areas in the state.

When she finally tweeted about the lockdown, she said that she received the health advice after the press conference.

“Following the press conference today, I received health advice concerning multiple regional NSW areas,” she wrote. “As such, from 5pm tonight, all of regional NSW will go into a seven-day lockdown. This means the whole state is in strict lockdown.”

Aside from announcing the lockdown via social media, NSW leadership gave residents only two hours notice before it began. The lockdown started at 5pm local time and will last until August 22.