Pocket Casts goes to war with its users after version 7 removes playlists, multi-select, and other basic features

In its first major update since being acquired by NPR, the popular Pocket Casts Android app has faced a major backlash from users after several core features were removed.
Share 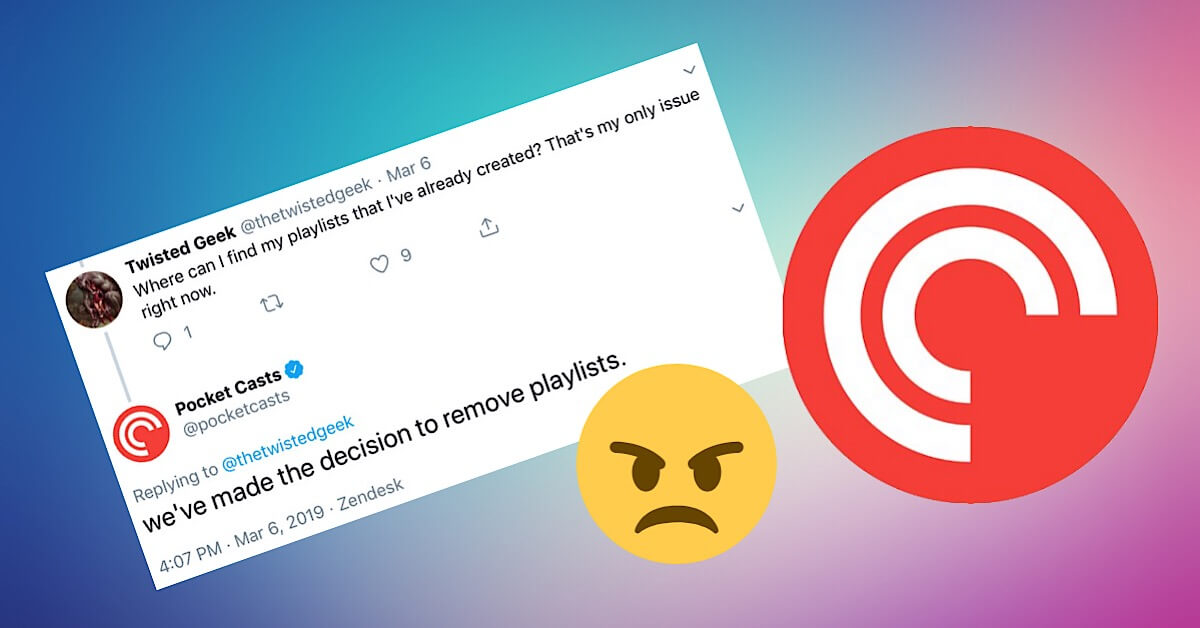 Correction – March 12, 2019: An earlier version of this post contained a screenshot which misrepresented one of @pocketcasts’ replies on Twitter as “snarky.” After reviewing the full Twitter thread, we realized that this single reply had been taken out of context and have updated the post to remove the screenshot and the description of “snarky” from the post. We apologize to Pocket Casts for this error.

The Pocket Casts app has been one of the most popular podcast players for many years. However, when NPR acquired the app last year, many users were concerned that this acquisition would change Pocket Casts for the worse. Now that version 7 of the app has been released for Android, those fears have been fully realized, with the latest version of the app featuring an unpopular redesign and removing many basic features.

Here are the main things users are taking issue with in version 7 of Pocket Casts:

Shifty Jelly, the developers of Pocket Casts, responded to the backlash with a series of tweets (archive link).

The developers also published a confrontational Reddit post about the version 7 update to Pocket Casts which did little to address the concerns of users and included the following baffling explanation for removing the popular playlists feature:

To clear one thing up: our app has a playlist feature, it’s called “Up Next”.

Former users of Pocket Casts are now actively seeking replacements after this version 7 Android update and are switching to competitors such as Podcast Addict and Podcast Republic.