“I should be able to model my Instagram account on Sharon Stone or any other verified profile, but the reality is that doing that would get me deleted,” said Evans, to the BBC.

According to several adult performers, an individual or a group of individuals are running a coordinated campaign to report their accounts and get them removed from the platform. 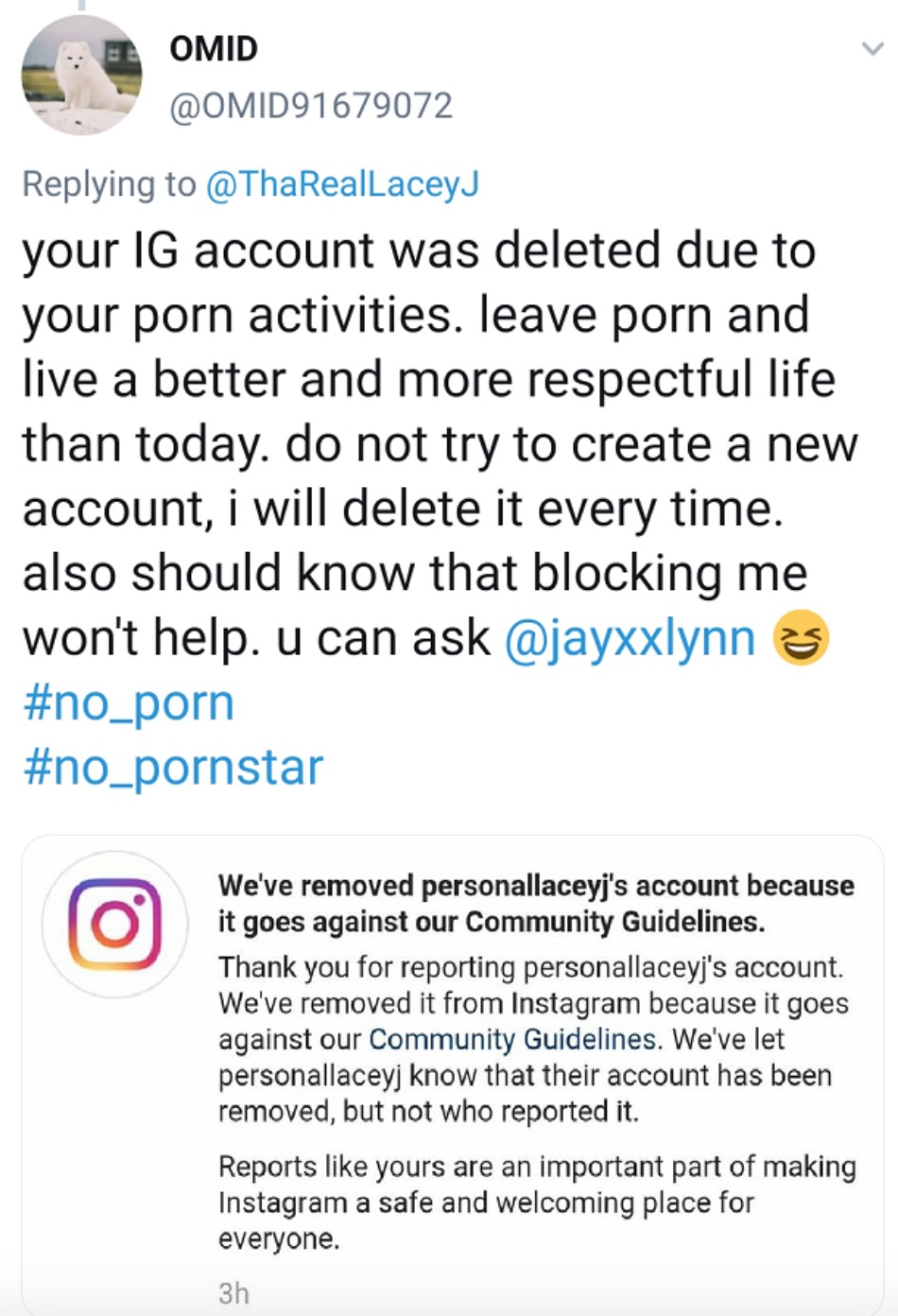 “The people reporting us don’t understand that people’s incomes are affected, or they don’t care. They think that we shouldn’t be doing this job or it shouldn’t exist,” says the adult performer and sex workers’ rights activist Ginger Banks.

A spokesperson for Facebook (the company that owns Instagram) said that they had enforced rules around “nudity” and “sexual solicitation” to make sure the content is appropriate to all.

The spokesperson further said, “We will take action on content reported to us if it breaks these rules. We will give people the opportunity to appeal the decision and will reinstate content if we mistakenly remove something.”