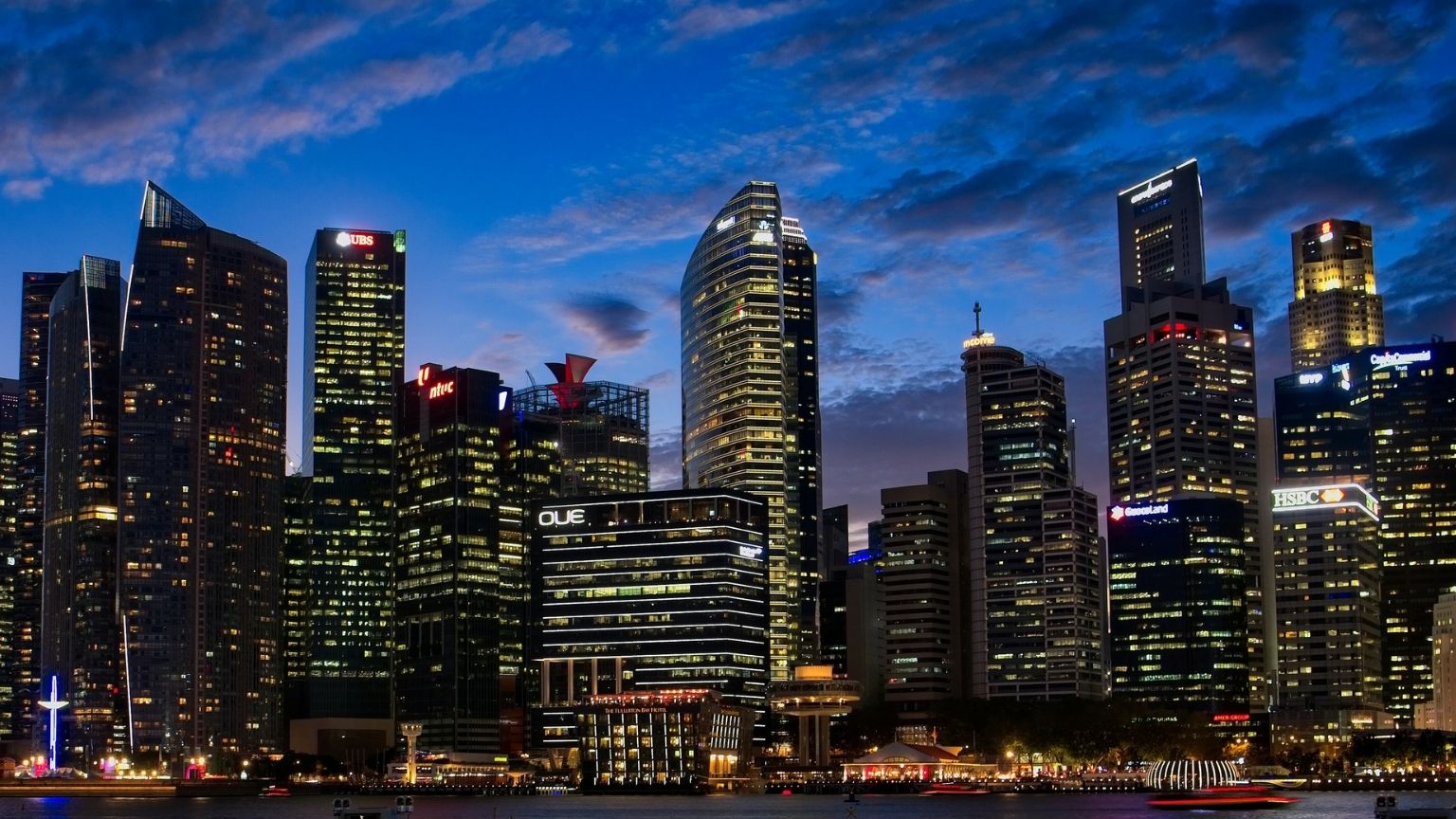 Singapore’s “fake news” law that calls for online censorship has been put to much use since it was first passed in 2019.

The rise of the coronavirus saga has been a boon for the government to issue censorship orders to social media platforms and this week is no different.

An online post suggesting that a three-year-old preschooler died of Covid-19 at the KK Women’s and Children’s Hospital (KKH) led the Ministry of Health (MOH) to enforce Singapore’s false news law yesterday.

According to the post, which was posted by a citizen, the toddler was brought to KKH on August 8 with a high fever and had just died. She also implied that the small girl’s death had been kept hidden from the public eye. 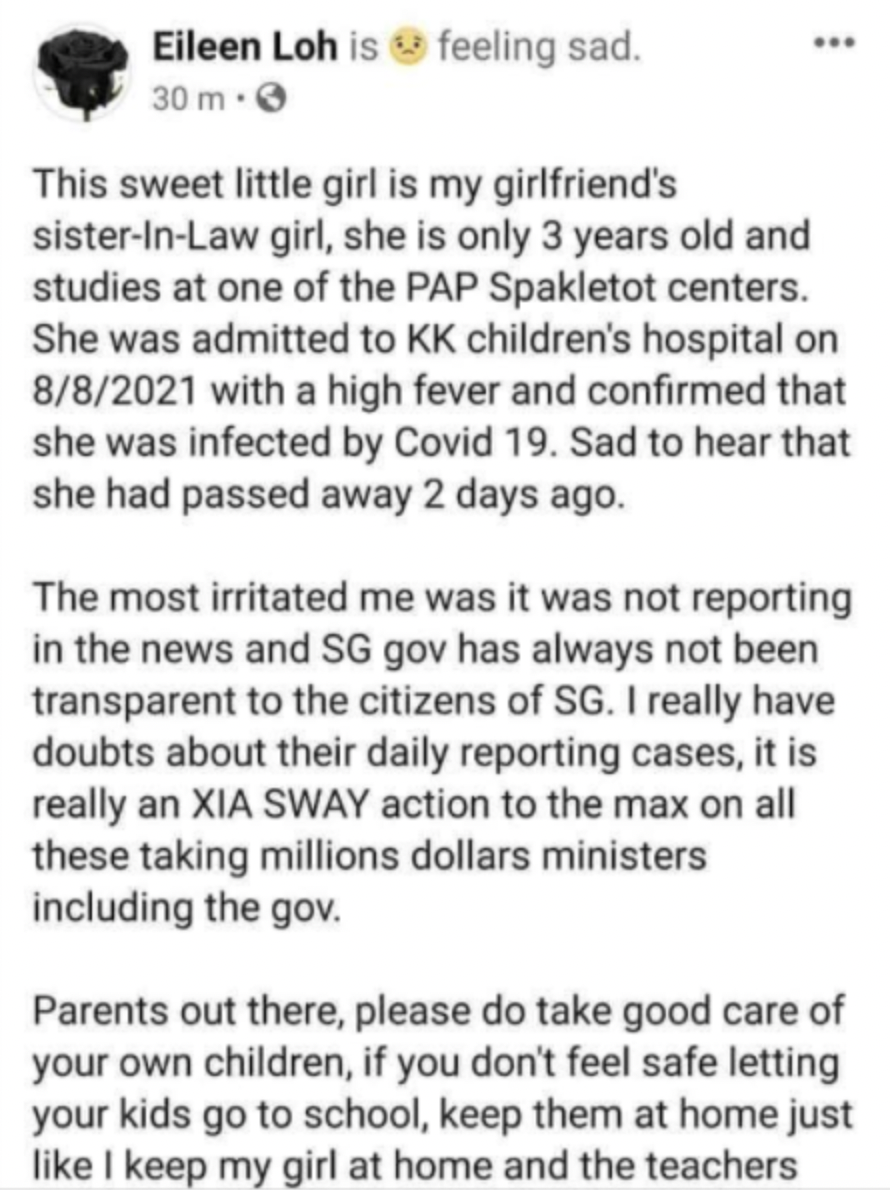 In Singapore, however, there hasn’t been any official case of a child dying from COVID-19 at KKH or any other hospital, said the Ministry of Health on Sunday.

Following the “debunking” of this post, the Ministry of Health (MOH) ordered Facebook to send a corrective notice to its users in Singapore. In an order dated on August 15 (we obtained a copy of it for you here), MOH said Minister of Health Ong Ye Kung instructed the Protection from Online Falsehoods and Manipulation Act (POFMA) Office to correct Facebook’s content. 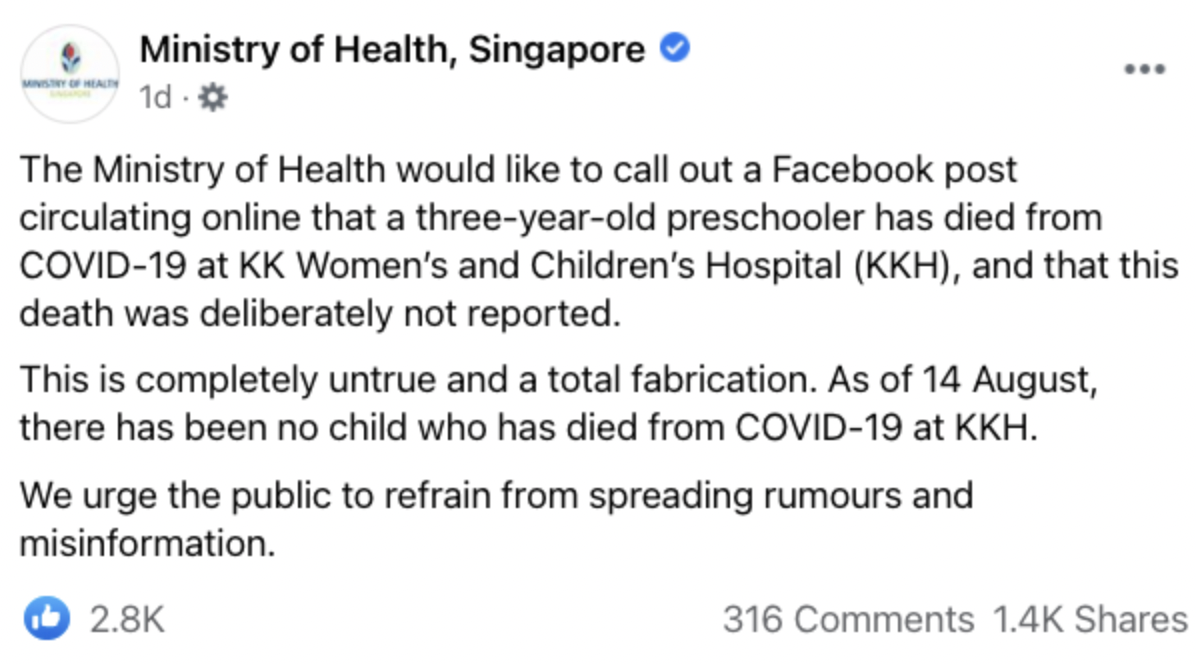 “The Government takes a serious view of the deliberate communication of these false statements, and criminal investigations under POFMA will be conducted,” MOH stated.

It is implied by the Facebook post that the death of the child wasn’t disclosed on purpose and that the government wasn’t being honest in its daily reporting of COVID-19 cases.

It’s not yet known if the details of the girl in the post are true or not and it’s worth noting that the Singapore government has been known to issue similar censorship orders against rivals whose posts show them in an unfavorable light.

This issue follows MOH’s refutation of a post only a day earlier, on Aug 14 from a person who claimed Covid-19’s “Delta Plus” variant was now available in Singapore.

Prime Minister Lee Hsien Loong’s wife, Ho Ching, reposted the post by Ms Loh while admonishing citizens “that this is untrue and wrong of her to put out wrongful allegations below.”

“Folks should always check with MOH for facts before starting to forward such dramatic allegations below,” she advised.