This is almost the “gold standard” of Twitter behavior, and when accounts are punished in such a non-transparent way, all that’s left is to speculate why that may have happened.

Jeremy prefaces this by saying that he is, in fact, happy to be suspended from Twitter – because the channel has launched its own website, and would clearly like to reroute some of the social media traffic onto its own web property.

He also shared that users were showing great interest in following the channel to the site, with thousands of sign-ups, and hundreds of premium tier users even before the site officially launched and had any content, while an app is also coming – expedited by Twitter’s ban.

But for now, he decided to dig deeper into the Twitter suspension to demonstrate how it operates and why he doesn’t want to be there.

Jeremy adds that he has been receiving many of these copyright notices lately – over some memes that US game developer Naughty Dog does not want shared.

Jeremy went through this process, and then posted an image of Twitter’s account-locked message, tweeting at the same time, “Lol fuck Naughty Dog.”

Mere minutes later, the account was suspended. That means that he can access the account (which now counts 0 followers and 0 following), but cannot go to the inbox or see notifications. 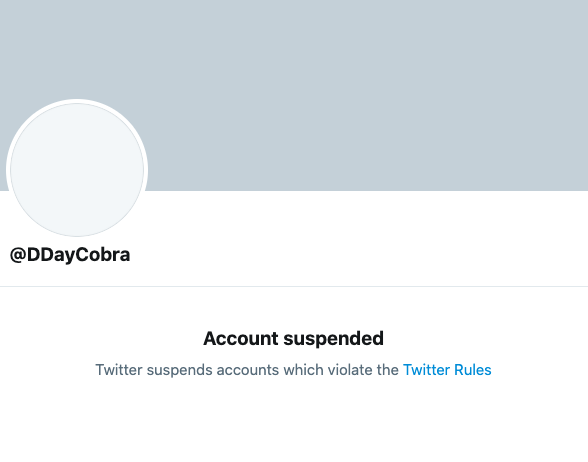 Jeremy says he doesn’t plan on returning to Twitter even if they reinstate his presence there – but that he appealed the suspension anyway to find out “what was the reasoning behind it,” since the social platform gave no clues.

And the only explanation for now is that Twitter must have banned him for sharing memes which Naughty Dog, to make things worse, false-flagged, this creator said.