The userbase of Telegram, a cross-platform messaging and VoIP app, is continually growing worldwide.

He is backing up his claim with a 2019 graph compiled by Statista – a German statistics website, providing numbers based on market and opinion research institutes and citing Telegram itself as the source. The numbers show Telegram growing from March 2014 to the same month in 2018 from 35 to 200 million users. 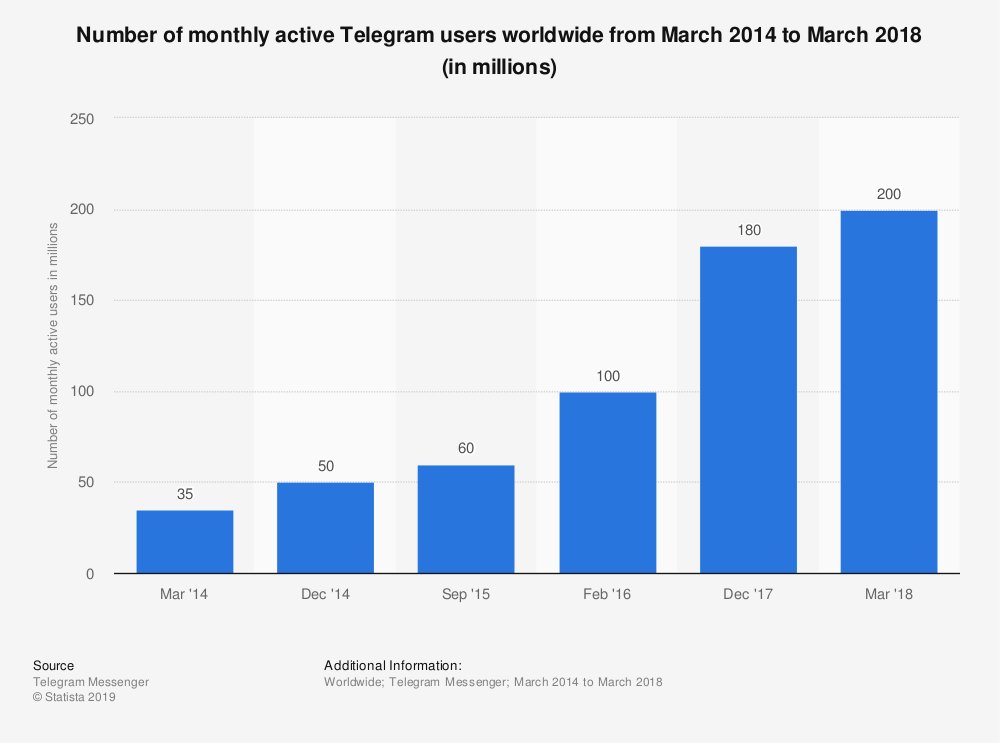 Although the graph doesn’t break down the numbers to any finer detail, Viacorka, an analyst with the US Federal Agency for Global Media – the entity behind outlets like Voice of America (VOA) and Radio Free Europe (RFERL) – inferred that Telegram’s growth in popularity was mostly down to authoritarian regimes: such as his native Belarus, and also Russia, Ethiopia, Uzbekistan, and other countries that are not mentioned by name.

A Twitter user who commented on the post asked – how is it possible for Telegram to grow in Russia, where it has been blocked for some time now?

Another offered their insight by saying that Telegram’s “support of proxy servers is extremely good.”

It’s a point more fascinating than it appears at first glance because it suggests that a nation-state like Russia – apparently capable of influencing a presidential election in a fellow-super power like America to bending the results to its will – is actually so tech-challenged that it can’t even an app like Telegram at bay in its own territory?

What we know from the tweet, is another graph also from Statista, sourcing its data this time from an agency dubbed RMAA. 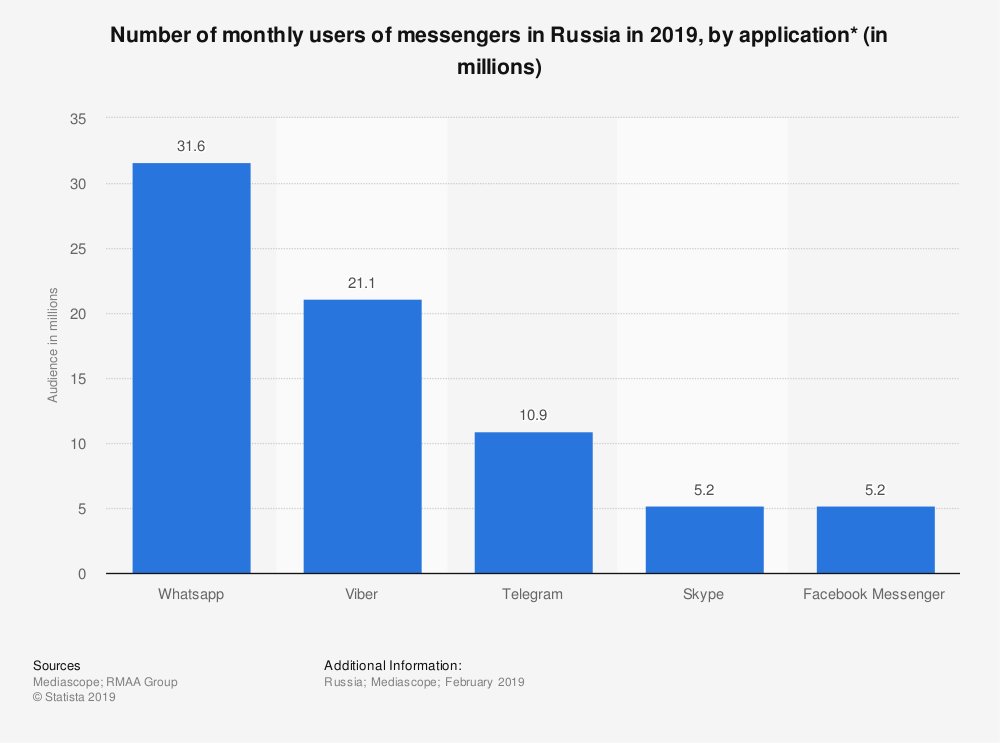 It shows that as of February 2019, in Russia, Telegram has trailed only behind WhatsApp and Viber, but has done better than Skype and Facebook Messenger.

For anyone not particularly interested in drilling down the data and geopolitical-promotional signals that various entities may or may not be sending out these days, another comment on Viacorka’s tweet may be of more concern. While Telegram is no doubt popular and widely-used – in authoritarian and non-authoritarian environments alike – its claim to actual absolute encryption security fame may still have to be taken with a pinch of salt.

“If only they would make E2E encryption the default and switch to a trustworthy encryption protocol,” said one tweet.