In the past, controversy followed the ACLU because of how far the non-profit was willing to go to protect legally guaranteed free speech in the US; but these days, it’s because of how much the group is willing to contradict its own previous policies.

One recent incident that added to that new perception of the ACLU as having abandoned its original purpose and promise was when one of its prominent lawyers joined an online cancel campaign against a book with whose content they disagreed.

Thus the organization that used to defend even the right of Nazis and the KKK to exercise their rights guaranteed in the US under the First Amendment, found itself trying to purge a book exploring transgenderism.

The book, Irreversible Damage: The Transgender Craze Seducing Our Daughters, was written by Abigail Shrier, and she was quick to spot a display of what many will interpret as hypocrisy on the part of the ACLU, that is now selling merchandise promoting free speech.

And this is not just any free speech merchandise, but pins that have the words, “I read banned books,” and, “ACLU,” inscribed on them.

“Oh boy, do I have a book for the ACLU,” Shier tweeted. 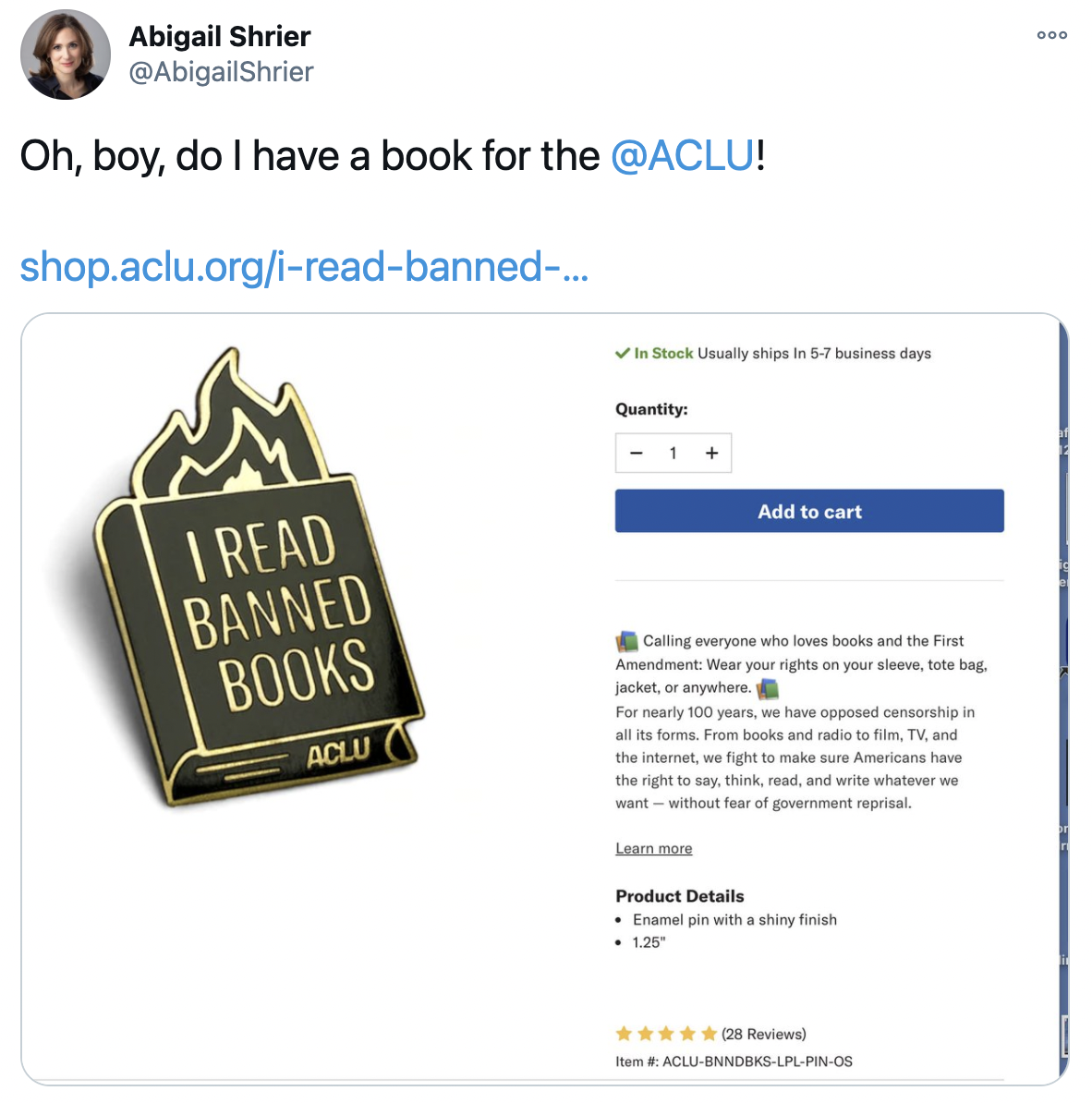 The ACLU’s online store describes this product as a chance for everybody who loves books and the First Amendment to proudly show that by wearing the pin. At the same time, the group describes itself as having opposed censorship in all forms, including books, the internet, film and TV – “without fear of government reprisal.”

But that’s not the experience Shier had when she came under attack by transgender activists on Twitter, who demanded that her book be removed from stores. Among those who tweeted to this effect was ACLU’s deputy director for transgender justice, Chase Strangio, who denounced the book as “a dangerous polemic,” made troublesome calls to “fight ideas,” and finally for the book to be banned.

“Stopping the circulation of this book and these ideas is 100% a hill I will die on,” Strangio wrote at the time.

It made little difference that Shier explained her book explores the possible harm to teenagers who transition to a different gender, particularly a growing number of teenage girls who are lately doing that, rather than speaking against adults who are best equipped to make such decisions.