Intent of action could be considered in future possible prosecutions if pressure groups are effective.

A group of academics belonging to the Criminal Law Reform Now Network (CLRNN) has proposed an update to the UK’s Computer Misuse Act (1990), which would provide better protection for those responsible for computer security.

A law with wasted potential

The concept of “cybercrime” is more relevant than ever. Technology has allowed new types of crimes that attempt against individuals or groups of people. However, like other crimes, they must be subject to constant judicial analysis to determine “when something is a crime” to adapt laws to cover all types of threats.

The United Kingdom, however, had not worried about updating its main law against cybercrime, the CMA 90, which has created many legal loopholes that, according to experts, represent a risk to national security.

This could change in the coming months. Recently, the information security industry has put pressure on the government to make changes to what is often called the “anti-hacker law”. To this has been added a report of the CLRNN in which University of Birmingham academics describe the current law as “ambiguous and confusing”, suggesting a series of reforms.

The main concern of the groups in favor of a reform of the CMA 90 is that this law is limiting the work of computer security experts, as well as the ability of prosecutors to chase cybercrime charges.

Among the changes proposed by the CLRNN, the law should be more specific when determining which unauthorized accesses would be considered a crime. It would also be necessary to determine whether the accused person intended to commit a crime.

Additionally, courts must determine if the person had the authorization to access another user’s computer, or if these hacking actions were necessary for crime prevention. These changes aim to protect computer security workers who could be considered criminals for doing their job.

Important representatives of the world of computer security, such as Ollie Whitehouse (global CTO of British infosec biz NCC Group) have shown their support in the reform. He hopes they will finally modify the law that worked 30 years ago, but that currently does not protect the nation’s interests. 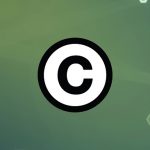 Pearson was locked out for 12 hours as a punishment.

Apparently, there’s too much information online that contradicts the CDC and WHO.

Biden’s letter to Facebook calls for more censorship of Trump

Posts about mail-in voting are particularly what Biden wants deleted.