In a bid to dunk on gamers, journalists fall for a parody

Horizon: Zero Dawn is, or rather, was a PlayStation exclusive game that came out in 2017, while its PC release has been eagerly anticipated pretty much ever since.

Insiders close to the game – whose developer is Guerrilla Games and publisher Sony Interactive – have recently been quoted in the gaming press as saying that the PC release would happen this summer.

Then came this tweet by Guerrilla Games confirming the rumors.

We're excited that more players will be able to meet Aloy and explore the world of Horizon Zero Dawn this summer! https://t.co/Q1BknmCsQT

A parody account, @THEAP99 reacted to this news by posting a video  showing a PlayStation rig apparently demolished in a fit of righteous gamer anger – while sobbing is heard in the background, just for good measure.

Great way to spend my birthday. Thanks for f*cking nothing @PlayStation @Guerrilla @hermenhulst @yosp decades thrown away and now it was all for nothing https://t.co/skN2v9jHge pic.twitter.com/lCBWDEf9sq

Some of us prefer gaming consoles, and then there are others who would rather use their PCs. It’s one of those grand rivalries, sometimes tongue-in-cheek, sometimes quite serious and passionate, that are meaningful only to the people involved, but then again, very meaningful at times.

That fact of life would have been the reason for @THEAP99 to lose it at the very thought that a PlayStation exclusive was now becoming available on other platforms.

Except @THEAP9 didn’t. It was a joke.

What the hell is wrong with you people.

We made a game, you enjoyed it. Now some more people get to enjoy it. And somehow that takes away from YOUR enjoyment?!

Please be kind to yourselves. Your enjoyment of the game has not diminished because some more people get to play it. https://t.co/UrJXniLBYI

Not picking up on either the joke or the intended nature of the tweet, many commenters, who are always looking for new ways to dunk on gamers and belittle their grievances with the industry, were quick to make fun of the Twitter user as an example how gamers are immature and irrationally volatile.

Others, PC fans, gloated because the console gamer was “hurting” – while fellow PlayStation enthusiasts commiserated.

But meanwhile – what were the gaming sites doing? More than one took the viral tweet seriously, and reported about it as such. 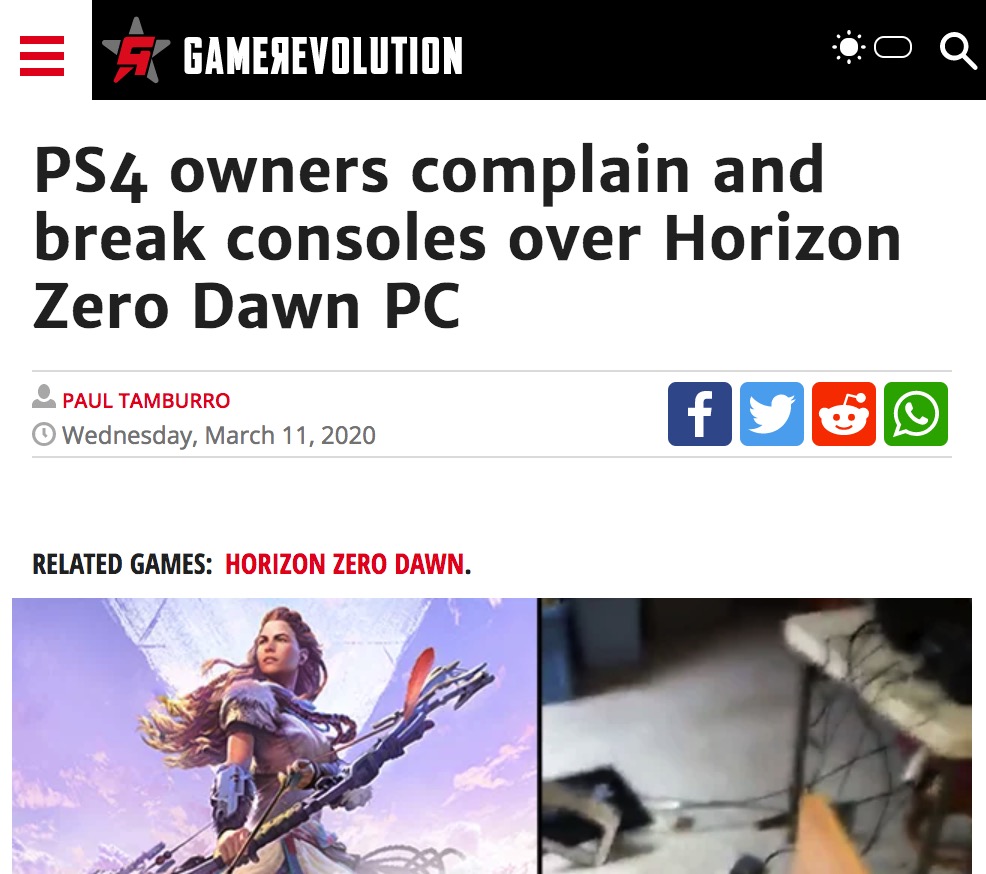 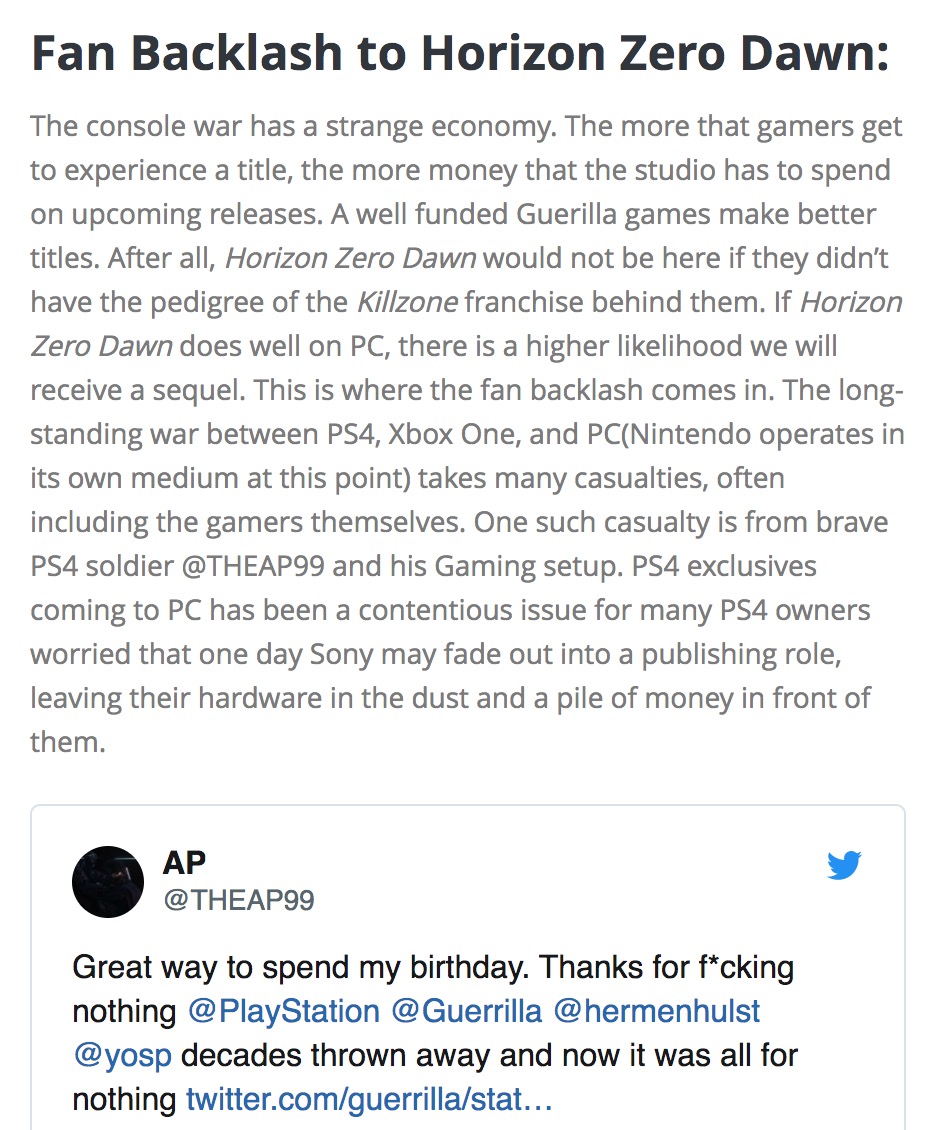 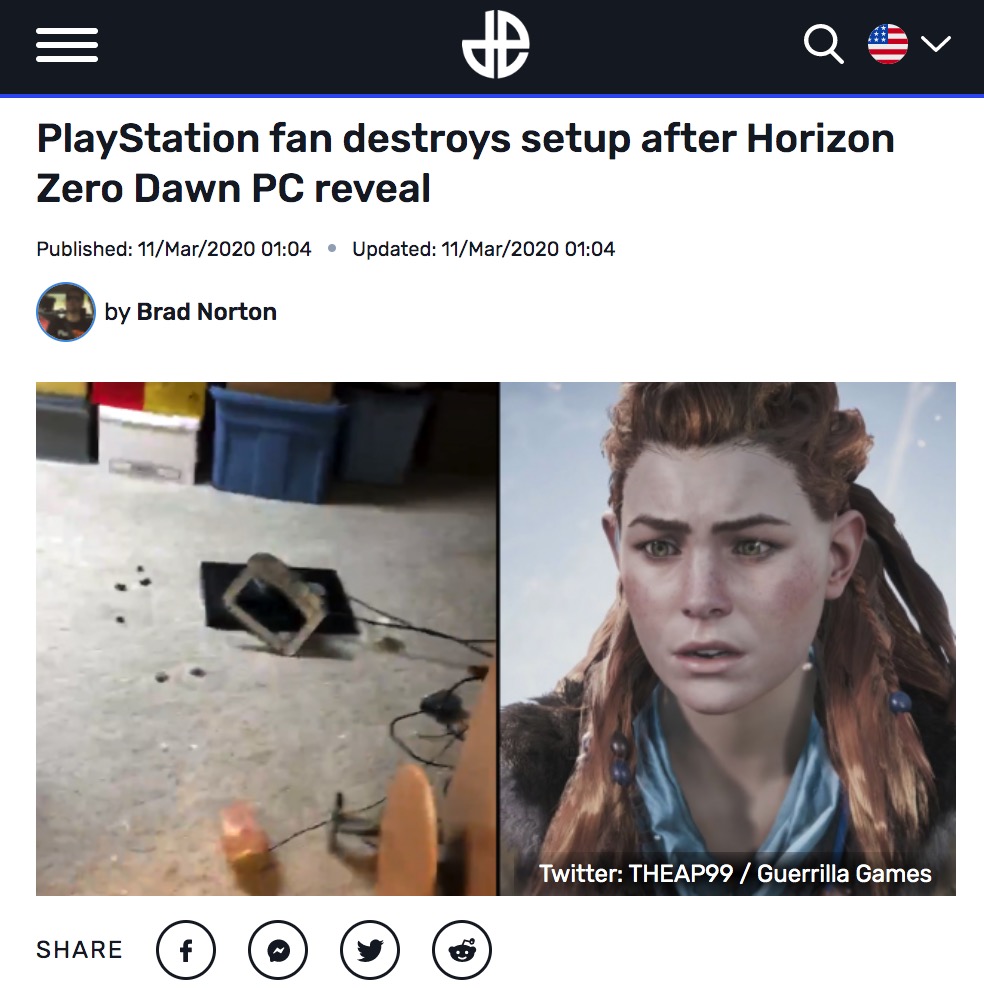 It could be that these sites lost their sense of humor recently in some coronavirus disinfection line; it could be they never had it; it could be all about lazy “coverage” of anything that floats up on Twitter – and @THEAP99’s original tweet certainly delivered, engagement-wise.