A media watchdog is claiming his comedy special incites "hate or violence."
Share 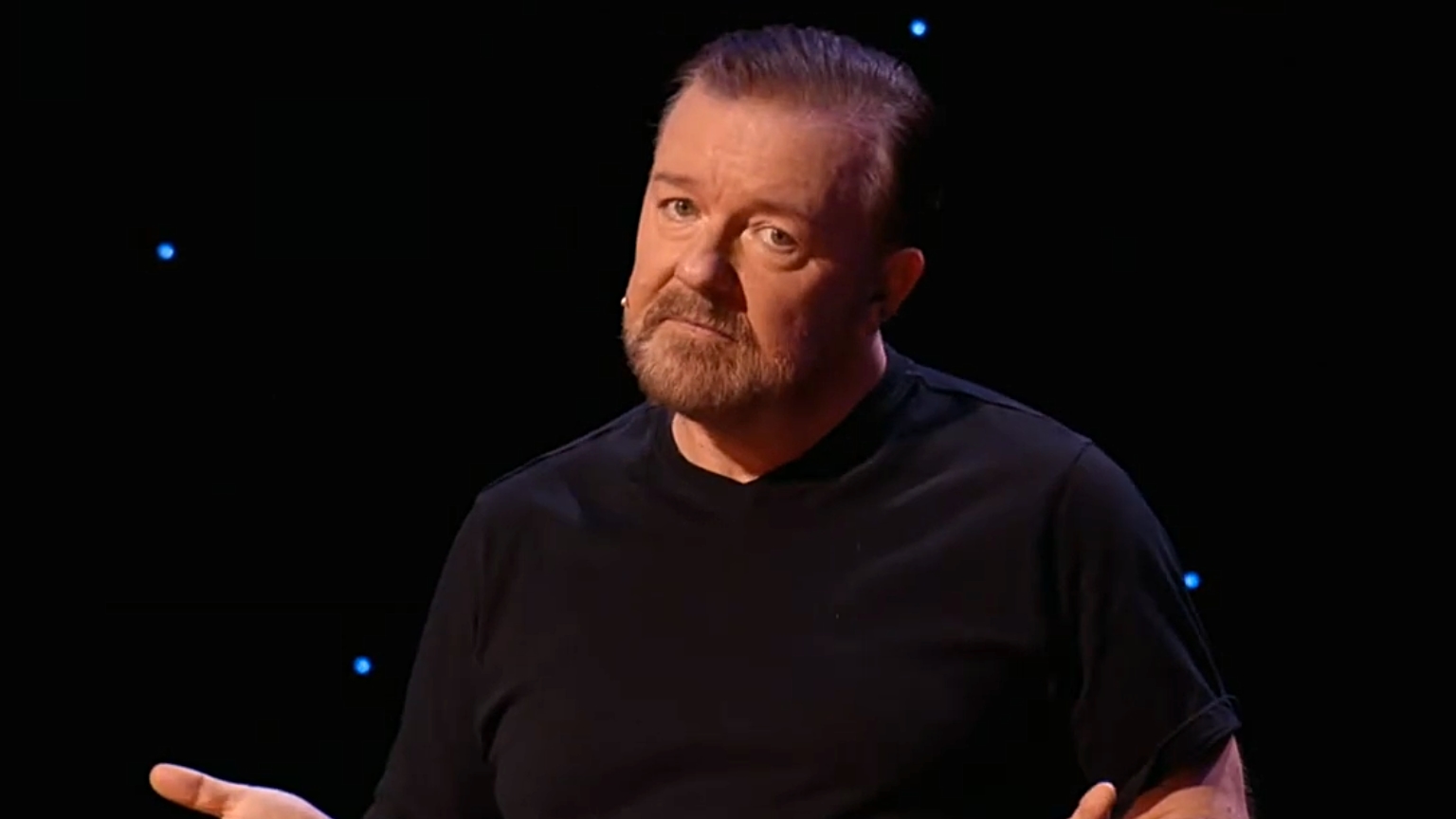 The cancel campaign began on Tuesday after Gervais’s comedy special, SuperNature, started streaming on Netflix. Several clips from the special started to go viral on social media, including a clip of Gervais joking about “the new women…the ones with beards and cocks.”

GLAAD responded to the Gervais Netflix special on Twitter by claiming that it’s “full of graphic, dangerous, anti-trans rants masquerading as jokes” and that it violates Netflix’s policy prohibiting content “designed to incite hate or violence.”

“While Netflix is home to some groundbreaking LGBTQ shows, it refuses to enforce its own policy in comedy,” Glaad continued. “The LGBTQ community and our allies have made it very clear that so-called comedians who spew hate in place of humor, and the media companies who give them a platform, will be held accountable. Meanwhile, there are PLENTY of funny LGBTQ comedians to support.” 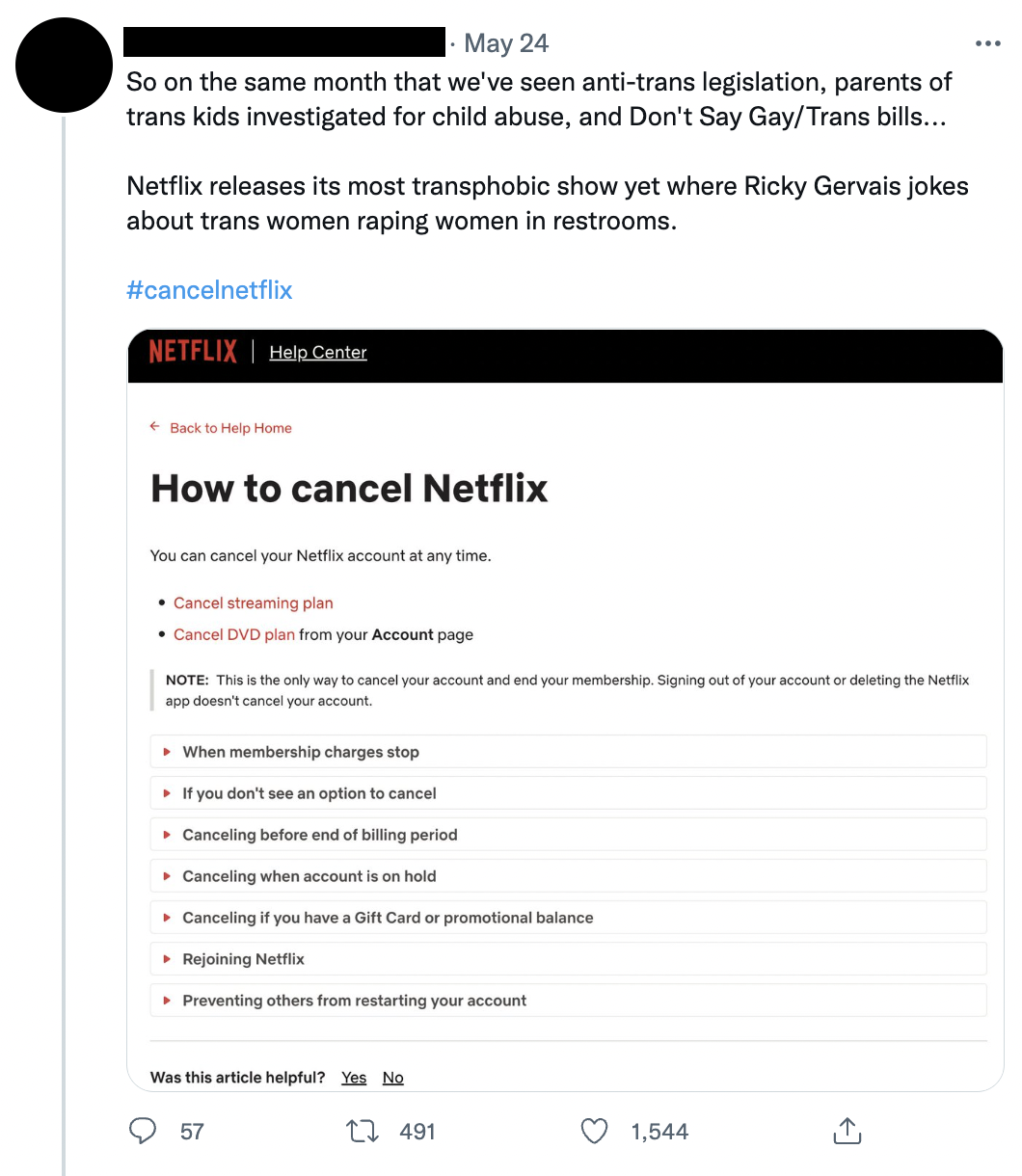 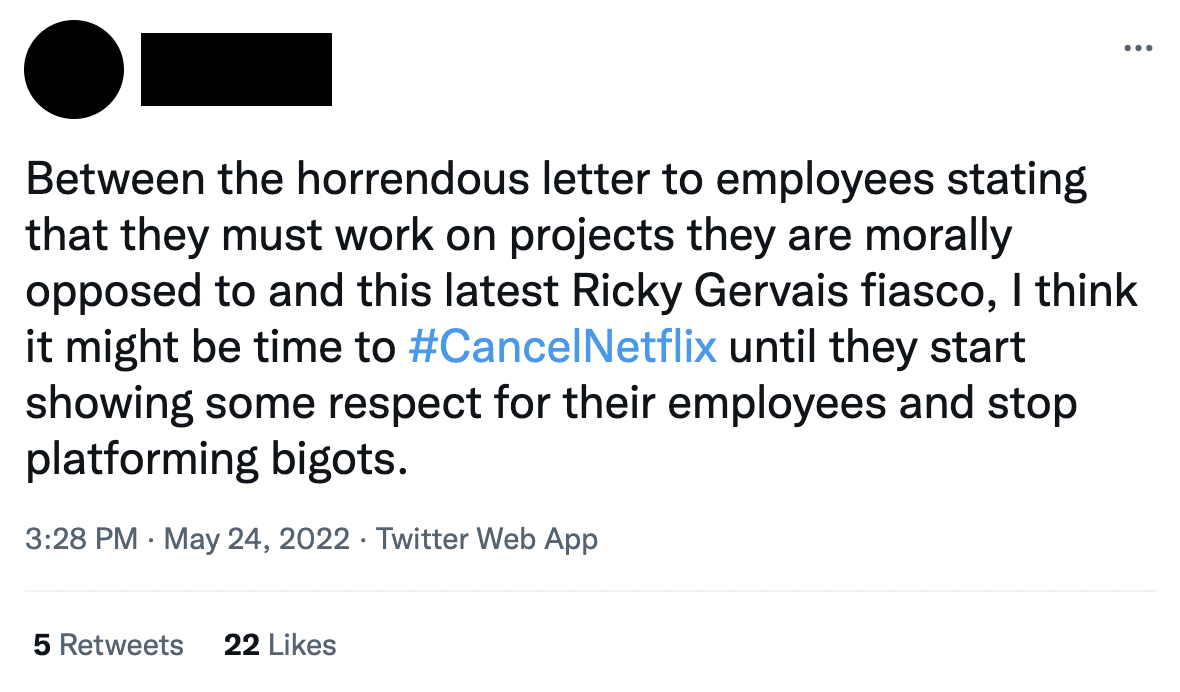 In a SiriusXM interview that was published before SuperNature was released, SiriusXM host Sam Roberts jokingly told Gervais that he thinks the recent Netflix memo telling activist employees to support free speech or find work elsewhere was a preemptive measure for his comedy special.

Gervais responded by saying: “To me, there’s nothing controversial in that because it’s just jokes.”

He continued by saying that the audience at the live recording of SuperNature had no complaints and laughed at all the jokes.

“But everyone’s going to complain about everything in it,” Gervais said as he anticipated the backlash the special would receive after it started streaming on Netflix. “Every single line someone is going to complain, either because they hate it, they don’t get it.”

After SuperNature went live, Gervais thanked his supporters and reported that Netflix had ordered his next special, “Armageddon.” 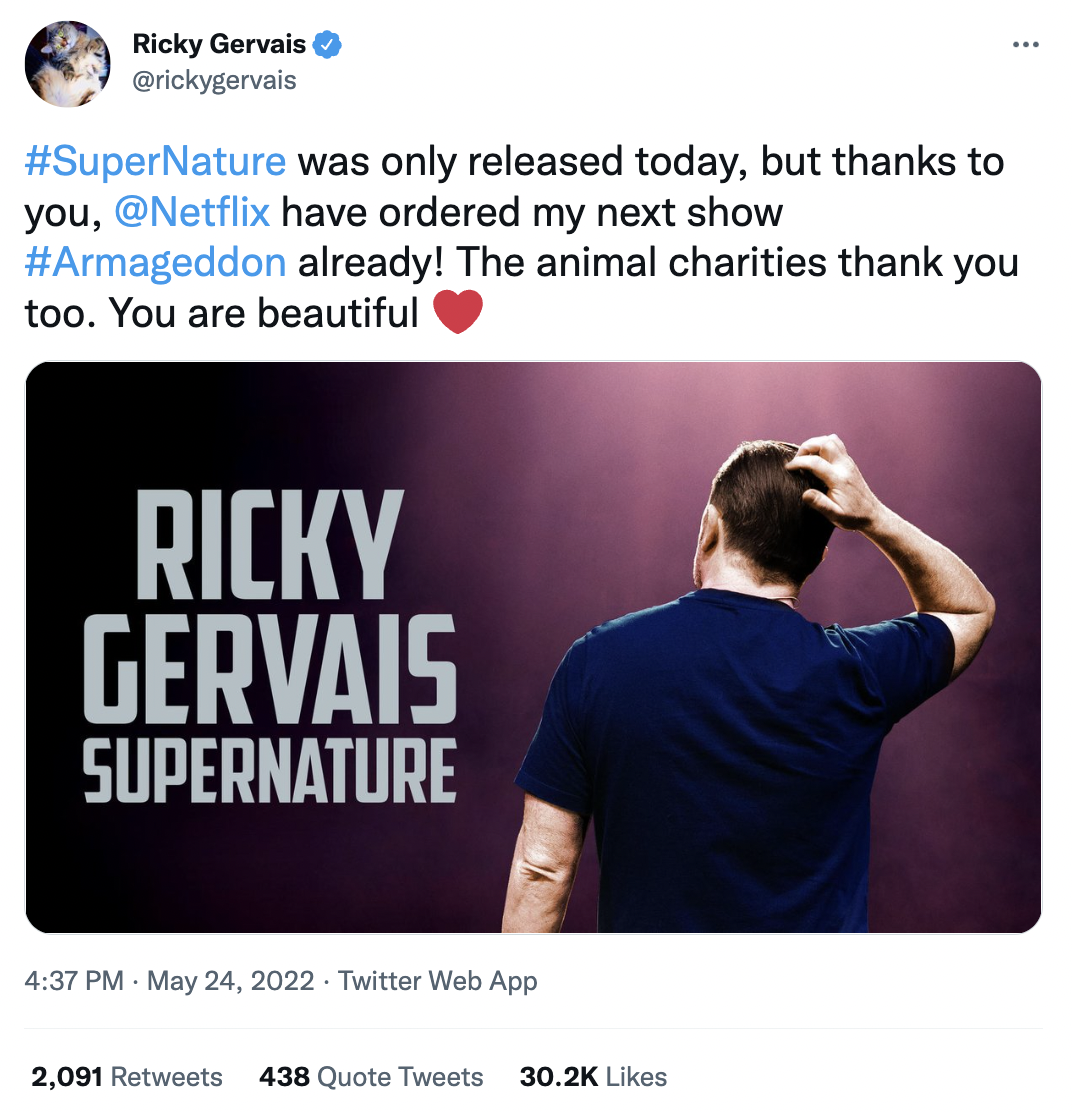 Related: ? Cancel culture and censorship thrive in a world where you stream or license everything and own nothing

The cancel campaign against Gervais is similar to last year’s cancel campaign against comedian Dave Chappelle where a “civil rights” group and Twitter activists demanded that his special, “The Closer,” be removed because they deemed it to be “transphobic.” GLAAD also pushed for Chappelle’s show to be canceled by tweeting: “Audiences don’t support platforming anti-LGBTQ diatribes. We agree.”

Netflix rejected the calls to cancel Chappelle and said it supports “artistic freedom.” However, it subsequently showed signs of caving when CEO Ted Sarandos walked back some of the comments after some Netflix employees threatened to walk out.