Dr. Yan escaped danger and censorship in China, only to end up censored on Twitter when she arrived in America.

Twitter has suspended the account of the Chinese virologist and whistleblower Dr. Li-Meng Yan after she published a paper claiming that COVID-19 was created in the Wuhan Institute of Virology.

The paper, which she co-authored with three other Chinese scientists, claims that the COVID-19 was created in a laboratory by using bat coronaviruses as a template.

Before the paper was published, Dr. Yan had fled for the US in April. She was based at a prestigious Hong Kong university and claims to have discovered evidence of human transmission of the coronavirus during the early stages of the outbreak and before Chinese authorities admitted human transmission.

“I could not stay silent. I could see China was covering up the truth and I had to do something since I was a professional who could explain it,” Dr. Yan said.

On January 19, her claims were shared by Lu De, an anti-communist party YouTuber and one day later, Chinese authorities admitted to human transmission. Dr. Yan said that she anonymously published information online that claimed the coronavirus was created in a laboratory a few days later.

But in April, Lu De warned Dr. Yan that she was in danger and she fled the country on April 28.

After taking part in many interviews and media appearances, on Sunday, Dr. Yan joined Twitter and she started tweeting on Monday. But, these days, Western social media platforms aren’t too dissimilar to CCP-controlled China and, in total, she appears to have sent four tweets before her account was suspended.

One tweet linked to her research credentials (which show her affiliation with the University of Hong Kong and 13 of her publications that have been cited over 500 times), one tweet linked to the paper, and one tweet stated that the Zenodo repository, which is hosting the paper, had been hacked shortly after the paper was published.

The fourth tweet was a retweet from Peter Navarro, the assistant to the President for Trade and Manufacturing Policy, stating that Dr. Yan’s claims that the coronavirus was created in a lab would be “unbelievable if it weren’t so believable.”

During her short time on the site, Dr. Yan had gained more than 60,000 followers and each of her tweets had garnered thousands of likes and retweets.

But less than two days after joining and less than a day after sending her first tweet, Twitter dropped the ban hammer.

It’s unclear why Twitter suspended Dr. Yan but presumably, the company deemed one of her tweets, most likely the link to the research paper, to be in violation of its strict coronavirus misinformation rules that prohibit denial of “expert guidance” about the coronavirus and unverified coronavirus claims that “could” lead to social unrest.

The suspension of Dr. Yan is one of many examples of Twitter and other social media platform’s mass censorship of coronavirus content with some of this censorship being focused on claims similar to those made in the paper.

For example, in April, the New York Post had an article that suggested the coronavirus may have originated in the Wuhan lab fact-checked and suppressed on Facebook with the supposedly independent fact-checker being a former employee of the lab that was criticized.

Facebook and Twitter have both revealed the significant scale of their coronavirus censorship with Facebook censoring over 100 million posts per quarter for coronavirus misinformation and Twitter challenging more than four million accounts for violating its coronavirus rules.

Big Tech’s mass censorship of coronavirus content has been slammed by numerous doctors and politicians, many of whom have been impacted directly by the censorship, who argue that the coronavirus should be debated, not censored. 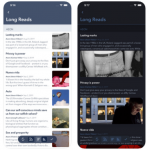 Apple continues to compromise its ethics to stay in the Chinese market.

An assertion of political violence towards those that don’t conform.

Apple continues to compromise its ethics to stay in the Chinese market.

An assertion of political violence towards those that don’t conform.

Pearson was locked out for 12 hours as a punishment.