Donald Trump’s deft, to say the least, use of Twitter has for years been a thorn in the side of his political opponents, and the fact Twitter has lately taken to censor the president is seen by his supporters as clear proof of the social network’s political bias.

Or, at the very least, of double standards – meaning that there is one set of rules for the US president, and another for pretty much every other elected official. More than that – for none other than Iran’s Ayatollah Khamenei, who reports say has been accused of using the platform to call for genocide of Israelis.

This could easily pass for so-called “hate speech” by Twitter’s own standards – Khamenei called Israel, Iran’s perennial enemy “a cancerous tumor” and an “evil, wolf-like entity” – to say in another tweet that “West Bank must be armed, just as Gaza.”

But in this case, Twitter played the role of a broadminded protector of free speech, defending its decision not to label or remove these messages that could be construed as warmongering, classifying them instead as – political commentary.

Meanwhile, a number of Trump’s tweets – particularly those dealing with June rioting – have been labeled as abusive behavior that can cause harm.

His tweets promoting the drug Hydroxychloroquine in the treatment of coronavirus have also been censored by blocking media contained in them for dissemination of misinformation – also as harmful, apparently more so than “arming the West Bank and Gaza.” And the president’s son, Donald Trump Jr. had his account suspended for 12 hours for sharing the same video.

In Israel, the ayatollah’ tweets are taken as “calls for genocide” and a member of the country’s parliament, the Knesset, human rights lawyer Arsen Ostrovsky, asked Twitter how come this type of content is allowed while the example of Trump shows that world leaders can indeed be censored on the platform.

Twitter representative Ylwa Pettersson told a Knesset hearing that “comments on political issues of the day, or foreign policy saber-rattling on military, economic issues are generally not in violation” of its policies. 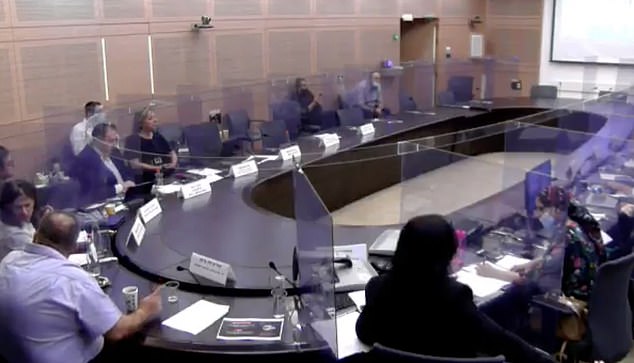 In the same breath as defending Khamenei’s tweets as political commentary, she said Trump had engaged in “glorification of violence” when he said the military might be called in to establish control if looting got out of hand during the protests in the wake of George Floyd’s death.