It's not yet known if the block was an error or if it was intended by the UK's third largest internet provider.
Share

One of the UK’s largest Internet Service Providers, Virgin Media, blocked access to one of the world’s most popular image sharing site imgur.com this evening.

UK Virgin Media customers that are trying to post or access images via imgur.com are being met with the following message:

“Access has been denied by your internet access provider because this page may contain indecent images of children as identified by the Internet Watch Foundation.” 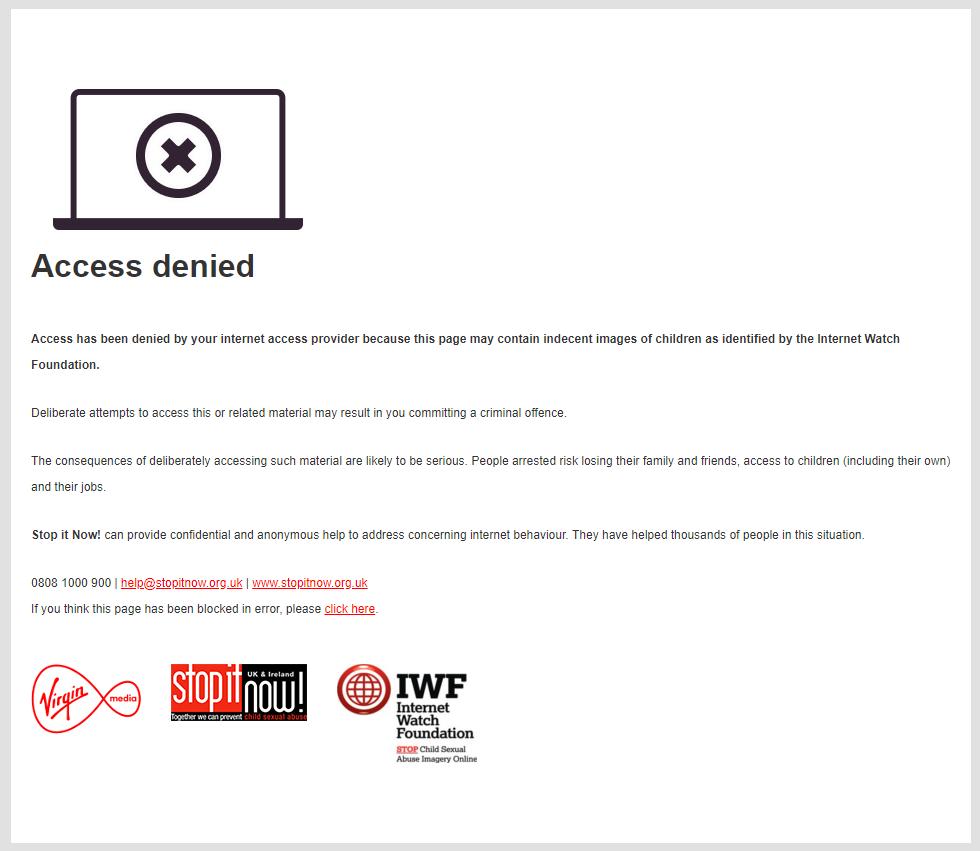 Imgur acts as an image host for tens of thousands of websites worldwide and is used to help websites reduce image hosting costs and reduce bandwidth.

Imgur is a popular host of images for some independent e-commerce websites, however it’s mostly always been a popular image host for Reddit where Reddit users often upload their images to imgur.com before posting a link on Reddit.

The most popular content on Imgur is funny memes and humorous gifs.

No comment has been given from Virgin Media at this time. (Updated Below)

If it is true that Virgin Media intentionally blocked the site, the internet provider has taken an extreme measure, causing disruption to many users that use the site for fun or to host images for their business – instead of tackling the issue by contacting Imgur directly.

Same here, was only clicking through to a screenshot of the film "The Matrix", and was hit by that threatening message. Ridiculous, why block the entire domain?

@virginmedia @BBCNews @BBC_HaveYourSay So – Virgin Media has just blocked access to the popular online image posting site @imgur, claiming it may contain indecent images of children… Totally unable to access Imgur a result. This needs to be fixed. #InternetCensorship pic.twitter.com/ZYDyfDamHH

imgur.com is visited by 420 million visitors per month, according to SimilarWeb, and the total number of users that visit through apps is likely mean the actual usage figures are much higher.