Alex Dalgaard-Hansen, AKA “z1ronic”, is a popular full-time streamer and Rainbow Six Siege player and caster who recently saw his Twitch channel suspended for a month following an incident with an online troll.

On November 27, Z1ronic announced on Twitter that his channel was hit with a suspension for publicly naming an individual who has been harassing him. 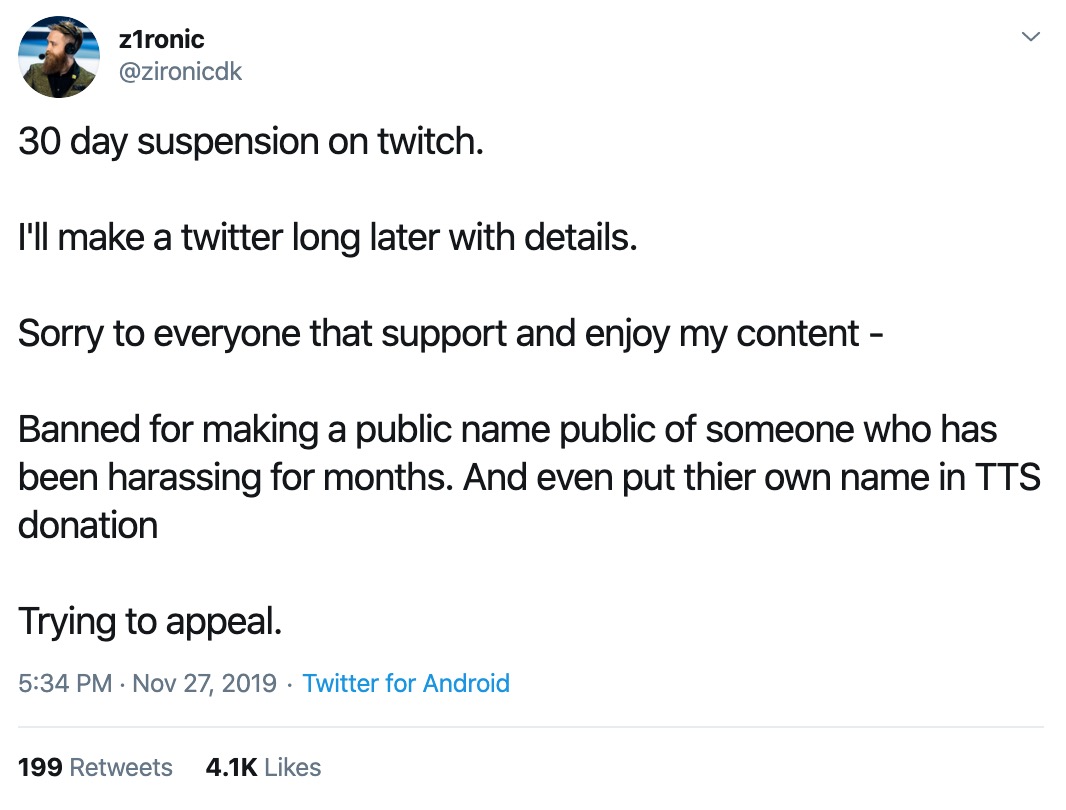 According to the streamer, this individual was spamming the Twitch donations and the chat with foul language which led to his banning. Z1ronic alleges his harasser came back for more under a different account.

The streamer acknowledges breaking the rule of not mentioning anyone’s personal information on stream, but the harasser was already using his real name in the TTS donations and also on his Twitter handle. In this sense, the troll’s name was already public, yet saying it loud caused Twitch to ban Z1ronic for 30 days. 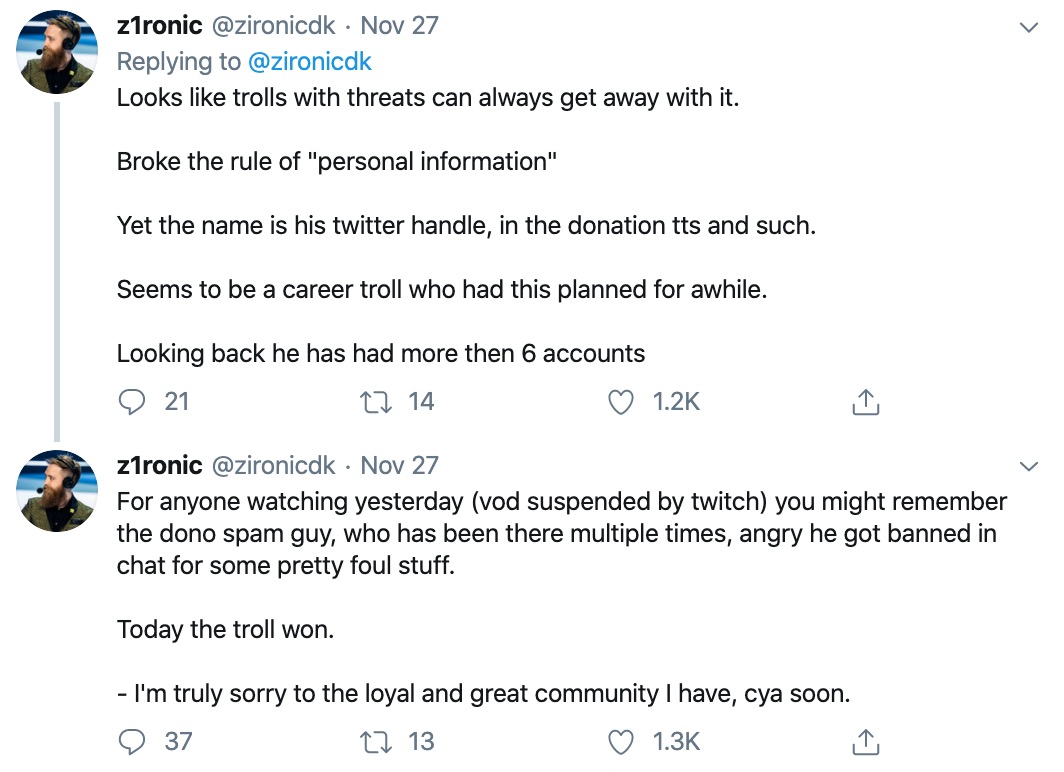 This troll allegedly has a long track of harassing Z1ronic, as the streamer seems quite familiar with him and noted that he has had more than six different accounts.

This seems like a victory for the troll, and the disappointment of Z1ronic is palpable, as he noted in one of his Tweets that “trolls with threats can always get away with it”.

Users have pointed out that by allowing this, Twitch is giving trolls a voice over the streamers, and that the platform should review these cases individually while considering the context, which is exactly the opposite of how Twitch handles itself these days.

A whole month is a long time for a streamer, especially for a full-time broadcaster whose livelihood is at risk – but, in the end, Twitch has the final word.

It’s also worth mentioning that Z1ronic has appealed the ban with the hope of seeing its length reduced, but if Twitch’s history is anything to go by, it will take a while for him to get a response, as the platform seems to grow more unresponsive towards creators with each passing day; just a take a look at the PaymoneyWubby case. He was banned unfairly from the platform on November 14th, but it took 9 days for Twitch to respond and lift the ban.