"If we don't have free speech, then we just don't have a free country."
Share 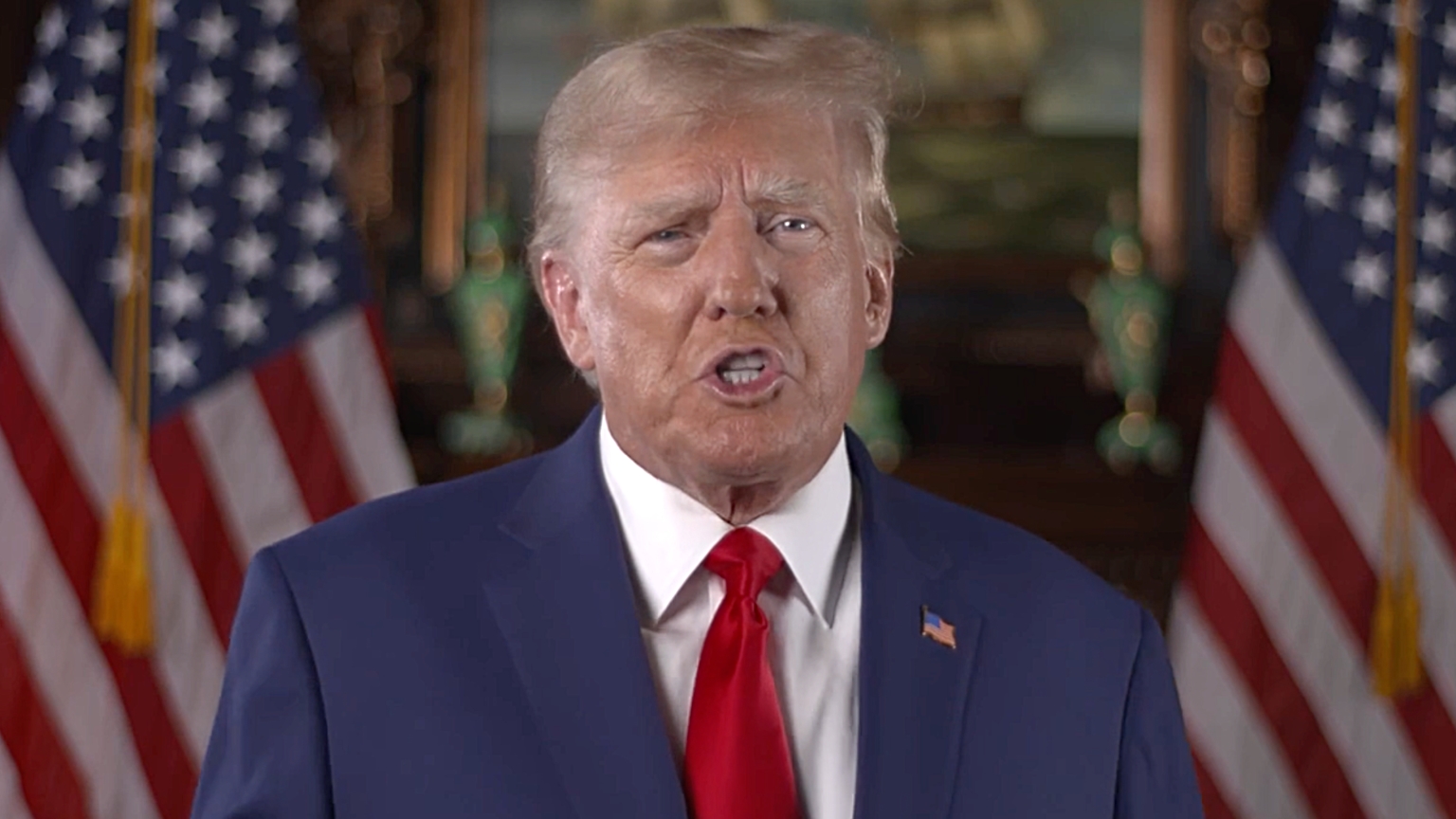 In his first major announcement about his 2024 presidential campaign policies, former President Donald Trump has vowed to ban federal government agencies from colluding with Big Tech to censor the lawful speech of American citizens and give Americans new free speech protections if elected.

“If we don’t have free speech, then we just don’t have a free country, it’s as simple as that,” Trump said in a video announcing his free speech proposals. “If this most fundamental right is allowed to perish, then the rest of our rights and liberties will topple, just like dominoes, one by one, they’ll go down. That’s why today I’m announcing my plan to shatter the left-wing censorship regime and to reclaim the right to free speech for all Americans.”

Trump referenced the revelations from the recently released Twitter files and slammed the “sinister group of deep state bureaucrats, Silicon Valley tyrants, left-wing activists, and depraved corporate news media” who were “conspiring to manipulate and silence the American people.”

These Twitter files showed the company had regular meetings with the Federal Bureau of Investigation (FBI) and allowed them to flag tweets. They also shone a light on how Twitter censored the Hunter Biden laptop story, how Twitter shadow banned users, and how Twitter staff knew Trump hadn’t broken the rules and so used the vague, far-reaching justification of “coded incitement” to ban him.

The former President said the ban on federal agencies from colluding to censor Americans’ speech would be introduced via executive order within hours of his inauguration.

Trump added that he would ask Congress to send a bill to his desk to make his proposed changes to Section 230. Currently, Section 230 prevents platforms from being held civilly liable for content posted by other users and also provides protections when they take voluntary “good faith” actions to moderate “obscene, lewd, lascivious, filthy, excessively violent, harassing, or otherwise objectionable” content. Trump said his plans would only allow platforms to qualify for these liability protections if they meet “meet high standards of neutrality, transparency, fairness, and non-discrimination.”

Trump’s proposed Digital Bill of Rights would include a “right to digital due process” where government officials would need a court order to take down online content instead of being able to directly flag content to Big Tech for censorship.

Additionally, this Bill of Rights would give Americans the “right to be informed,” “the right to a specific explanation,” and “the right to a timely appeal” whenever their online accounts are “removed, throttled, shadow banned, or otherwise restricted.”

Furthermore, Trump’s Digital Bill of Rights would give over-18s in the United States (US) the “right to opt-out of content moderation and curation entirely and receive an unmanipulated stream of information if they so choose.”

“The fight for free speech is a matter of victory or death for America and for the survival of Western civilization itself,” Trump said. “When I am President, this whole rotten system of censorship and information control will be ripped out of the system at large. There won’t be anything left. By restoring free speech, we’ll begin to reclaim democracy and save our nation.”

Trump’s plans are in stark contrast to the pro-censorship attitude espoused by the current administration which is currently being sued for colluding with Big Tech platforms to censor speech.

President Joe Biden recently endorsed a Group of Twenty (G20) declaration to censor “disinformation” and demanded that social media companies “deal” with “misinformation” at the start of the year. The White House has also defended social media platform collusion and previously admitted flagging content to Facebook for censorship.

Many other federal agencies, including the Department of Homeland Security (DHS), FBI, and Centers for Disease Control and Prevention (CDC), have also been exposed flagging content to Big Tech for censorship.