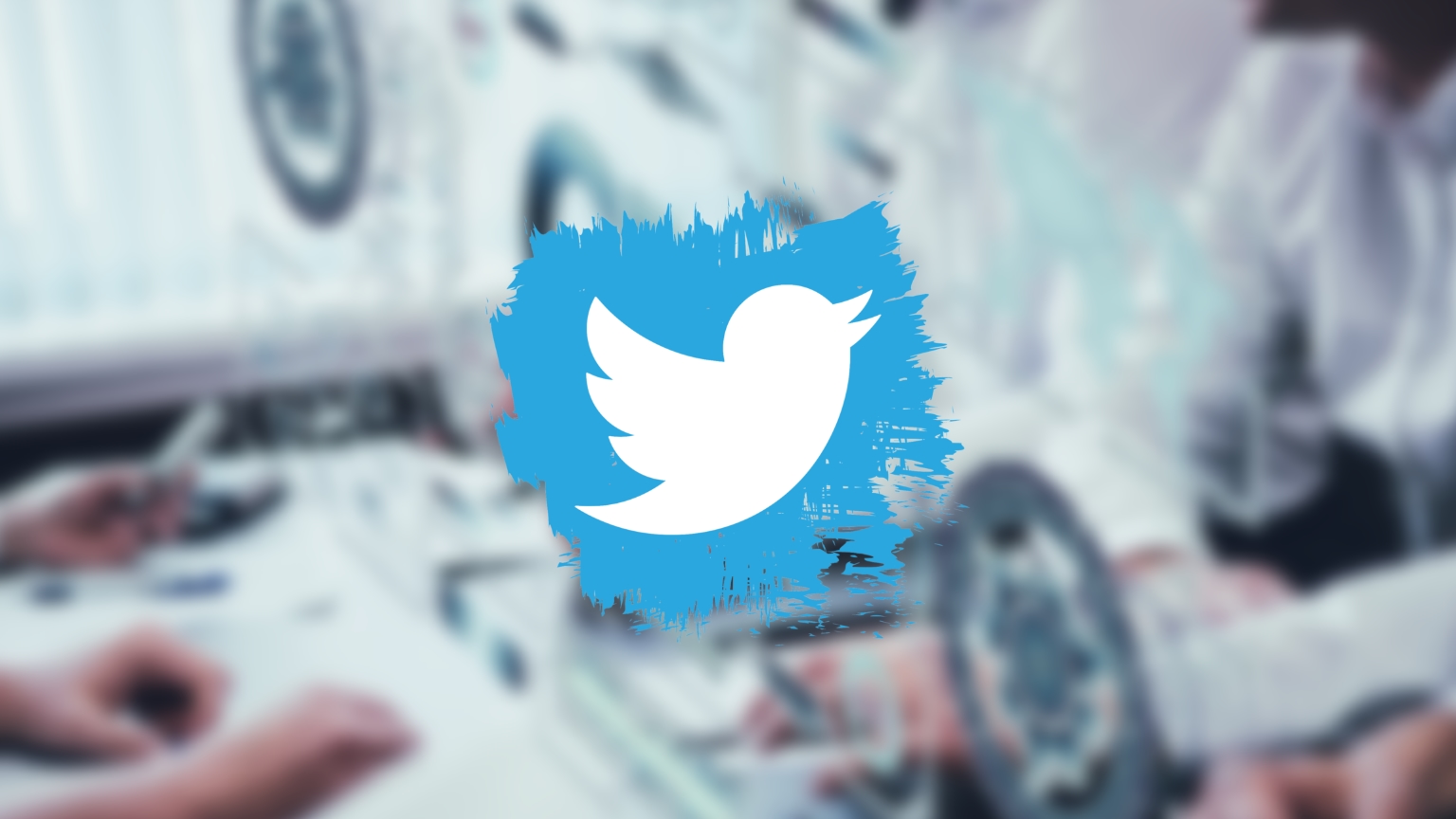 Emails between an employee at the United States (US) Centers for Disease Control and Prevention (CDC) and Twitter have revealed that at least one CDC staff member and the US Census Bureau had access to Twitter’s dedicated “Partner Support Portal” which allows approved government partners to flag content to Twitter for censorship.

The emails were released by the nonprofit organization America First Legal and show Twitter enrolling a CDC employee into this portal through their personal account in May 2021 (pages 182-194).

On May 10, 2021, the CDC’s Carol Crawford sent Twitter employee Todd O’Boyle a list of example posts highlighting “two issues that we [the CDC] are seeing a great deal of misinfo about.” O’Boyle responded by saying that enrolling in Twitter’s Partner Support Portal is the best way for Crawford to get posts like this reviewed in the future. 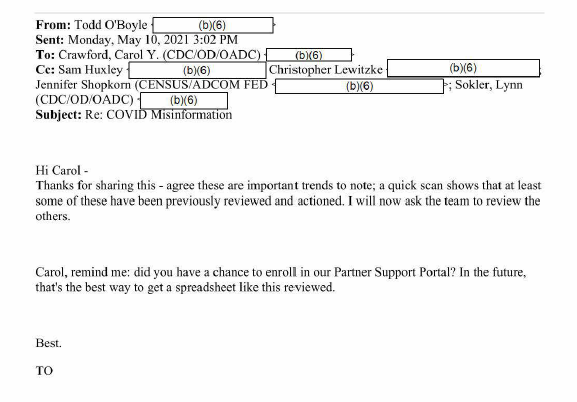 Crawford asked O’Boyle if she could enroll in the portal with her personal Twitter account and on May 27, 2021, O’Boyle confirmed that Crawford had been enrolled in the portal. 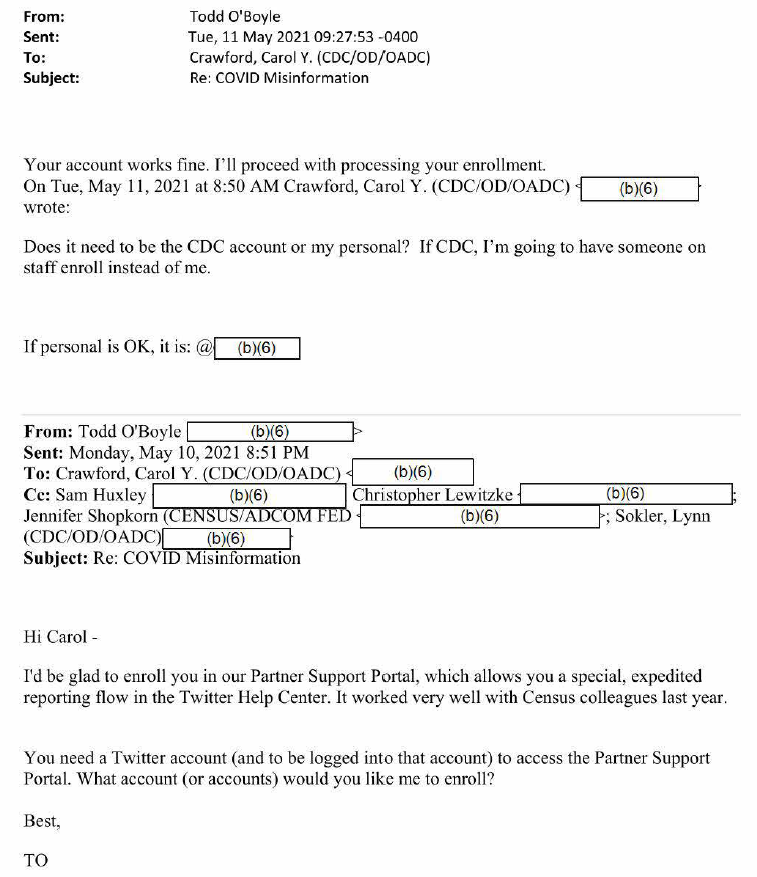 In other emails, Crawford asked O’Boyle whether the federal government could flag “COVID misinformation on the portal using the existing census.gov accounts that have access” and questioned how to flag “misinformation” via the portal.

June 2021 emails (pages 359-360) also show another CDC employee attempting to enroll in a Facebook portal but getting error messages. While these emails don’t describe the portal, it appears to be Facebook’s content takedown portal which is similar to the Twitter portal and allows government agencies to flag content for censorship.

“I saw that DHS/CISA is planning /possibly working on COVID-19 misinfo concerns?” Iheme wrote to Crawford. “Are you aware of that aspect?”

This email was sent more than a year before the DHS announced its controversial “Disinformation Governance Board” in April 2022.

Another revelation from this email is that Iheme acknowledges the focus on misinformation “growing among members of Congress.”

“In recent months, millions of Americans have witnessed the peeling of the ‘misinformation’ onion,” Gene Hamilton, America First Legal Vice-President and General Counsel, said. “Beneath each layer of shocking details about a partnership between the federal government and Big Tech is yet another layer of connections, conspiracy, and collaboration between power centers that seek to suppress information from the American people. We are proud to play a leading role in fighting for the rights of all Americans and revealing this vital information to the American people.”

We obtained a copy of the emails for you here.

The emails also shine a light on the government departments that have access to these direct Big Tech censorship portals. Previous reports and document releases have shown that the California Secretary of State’s Office of Elections Cybersecurity (OEC) has access to the Twitter portal while the DHS and the New Zealand government have access to the Facebook portal.