Lawsuits fighting back against Big Tech censorship at the behest of public officials are mounting.
Share 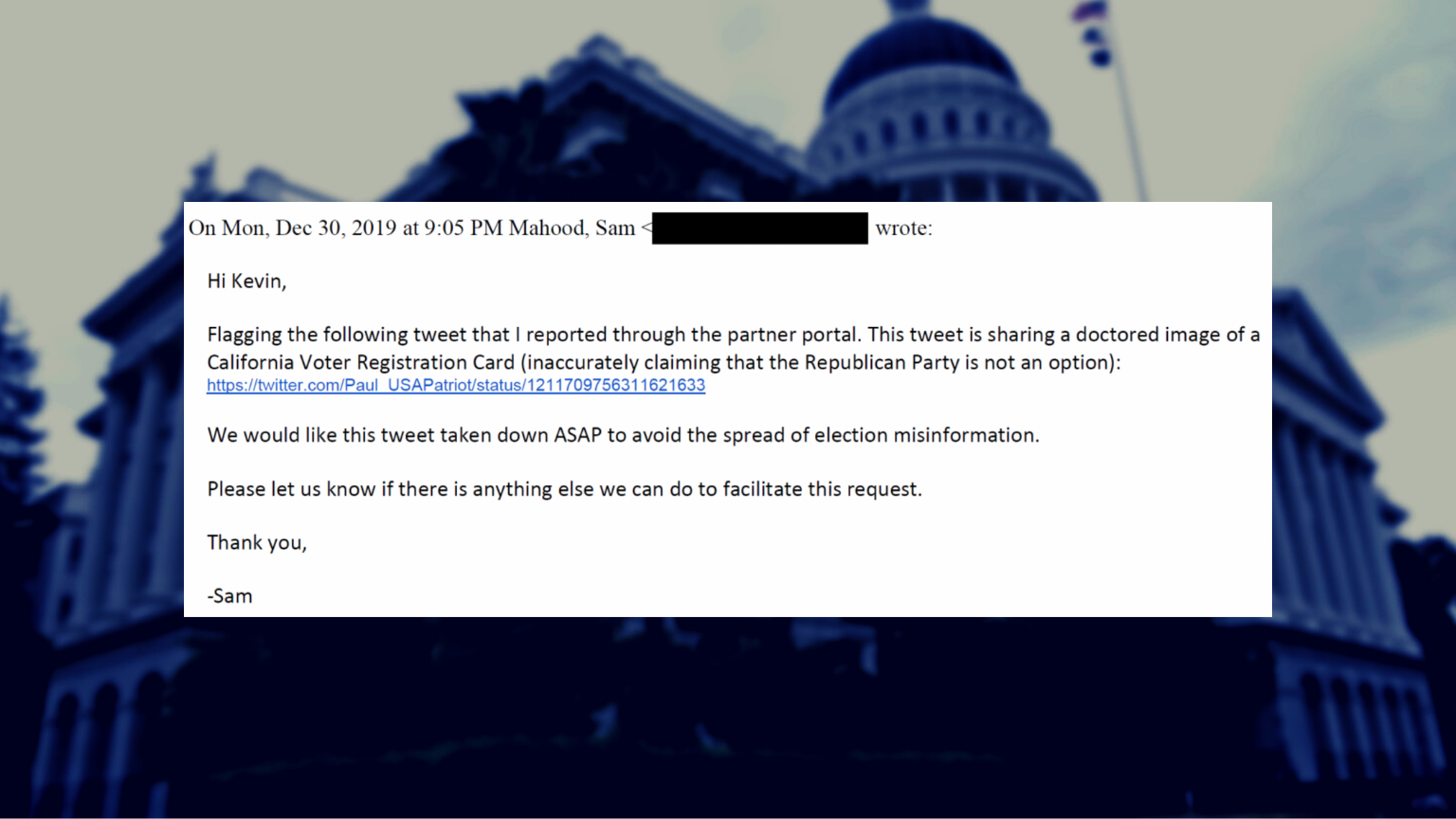 Attorney, civil rights activist, and political commentator Rogan O’Handley (@dc_draino) has sued Twitter and several Democratic politicians and accused the defendants of violating his right to free speech by flagging and censoring his tweets and account.

O’Handley is a popular social media influencer with millions of collective followers and had over 440,000 Twitter followers before he was banned for allegedly violating the platform’s “civic integrity policy.”

The lawsuit shows the California Secretary of State’s Office of Elections Cybersecurity (OEC) flagging one of O’Handley’s tweets to Twitter through dedicated channels that it alleges were created to “streamline censorship requests from government agencies.” It also accuses Twitter of promptly complying with the OEC’s censorship requests by removing his tweets and ultimately banning his account.

To support these claims, the lawsuit cites several documents showing the OEC and Big Tech collaborating to censor content.

One of these documents is an email from Sam Manhood, Press Secretary for then-California Secretary of State Alex Padilla, to Twitter employee Kevin Kane that appears to refer to this dedicated channel as “the partner portal.”

In the email, Manhood flagged a tweet from another Twitter user that was previously reported through this partner portal and stated: “We would like this tweet taken down ASAP to avoid the spread of election misinformation.”

Kane responded the next day, confirmed the tweet had been removed, and added: “Please don’t hesitate to contact me if there’s anything else we can do.”

Another email shows a “Misinformation Daily Briefing” from the consulting firm SKDKnickerbocker. In these daily briefings, SKDKnickerbocker flagged alleged “misinformation” to the OEC. The OEC then flagged these posts to Big Tech companies via their partner portals.

This Misinformation Daily Briefing cites one of O’Handley’s tweets and a supporting document shows the tweet being flagged to Twitter via the partner portal.

In this instance, the lawsuit claims that a misinformation notice was appended to O’Handley’s tweet shortly after it was flagged via this portal and alleges that O’Handley’s Twitter account was also given a strike.

“Prior to OEC requesting Twitter censor the Post, Twitter had never before suspended Mr. O’Handley’s account or given him any strikes. He suddenly became a target of Twitter’s speech police, at the behest of Defendants,” the lawsuit states.

After this tweet was flagged on November 17, 2020, several of O’Handley’s other tweets were flagged in the subsequent months and his account was suspended after a February 22, 2021 tweet where he posted a photo of the barbed wire fences in Washington DC along with the caption: “Most votes in American history.” 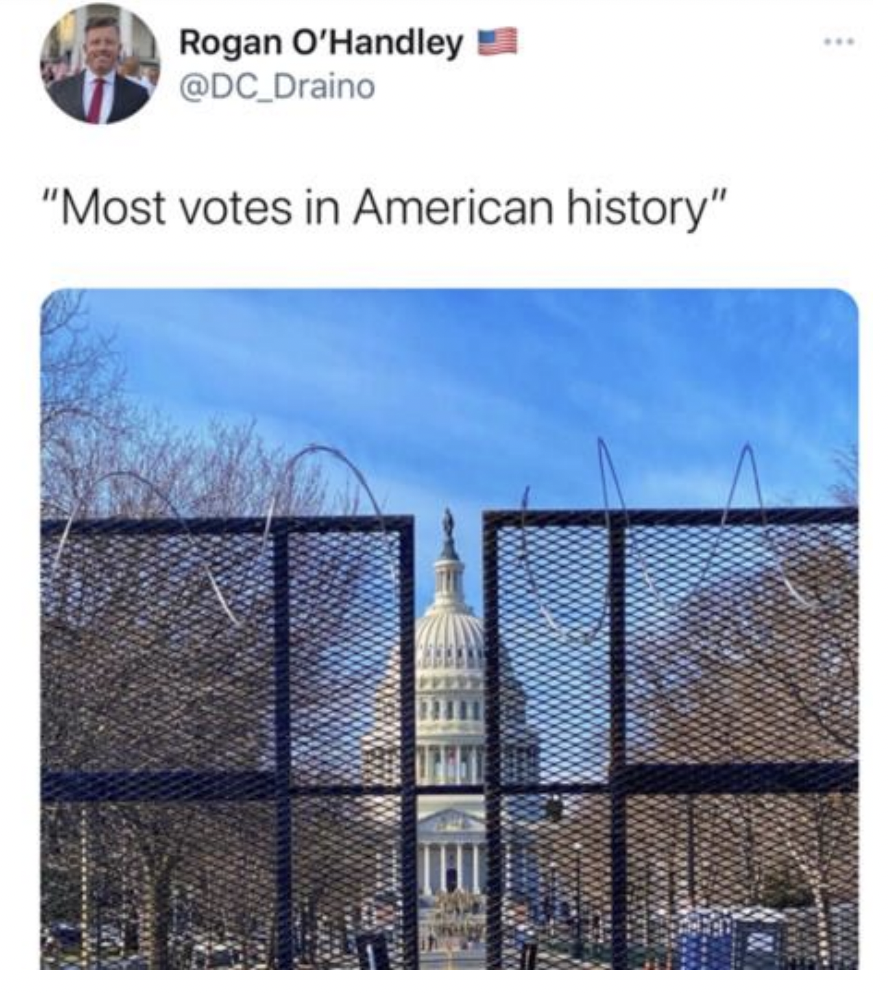 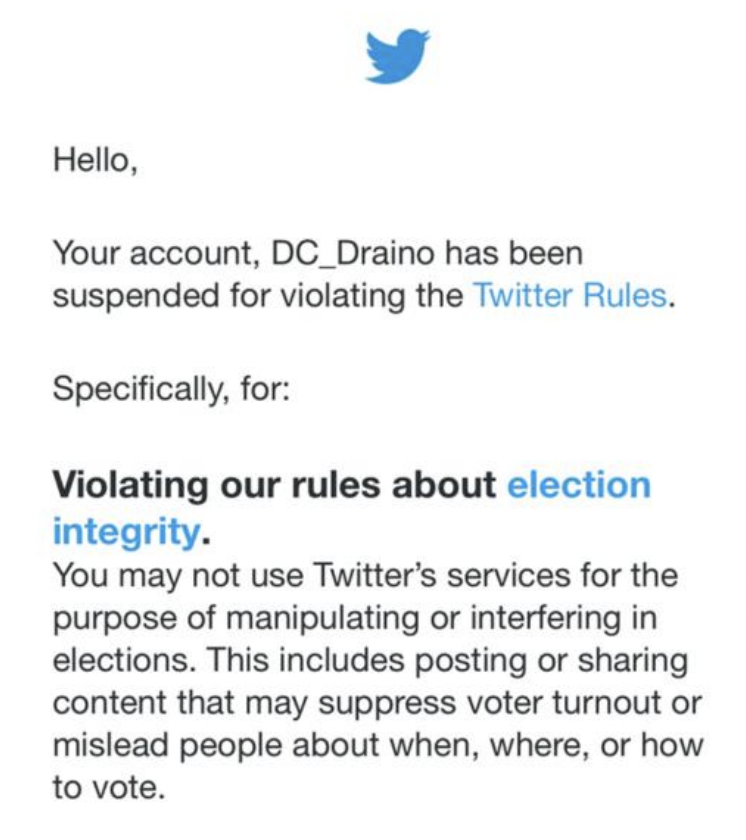 In addition to these emails that showcase the direct censorship partnership between Twitter and the OEC, the lawsuit also contains documents and statements referencing the scale of censorship that occurred as a result of these partnerships.

One of these documents shows a reference to the results of the VoteSure campaign – an initiative launched by Padilla to “address misinformation.”

According to the document, the OEC “discovered nearly 300 erroneous or misleading social media posts that were identified and forwarded to Facebook and Twitter to review and 98 percent of those posts were promptly removed for violating the respective social media company’s community standards.”

In another statement cited in the lawsuit, Padilla explains that most of the posts that are flagged via these partnerships are removed by Big Tech:

Additionally, the lawsuit provides a statement from the OEC about how it works with social media companies to “take down sources of misinformation as needed”:

The lawsuit is seeking injunctive relief to prevent the California Secretary of State and the OEC from censoring speech and damages in an amount to be determined at trial.

O’Handley’s lawsuit follows Twitter being sued earlier this month with this lawsuit accusing the tech giant of being “deputized” to censor on behalf of the Biden administration.

US lawmakers have also took aim at the censorship partnerships between Big Tech and government by demanding answers on emails between the director of the US National Institute of Allergy and Infectious Diseases (NIAID) Dr. Anthony Fauci and Facebook CEO Mark Zuckerberg. According to the lawmakers, these emails suggest Fauci advised Facebook to censor lab leak theories.