Microsoft’s attitude towards not supporting less widely used browsers will surely pave a way towards monopoly in the coming future.
Share 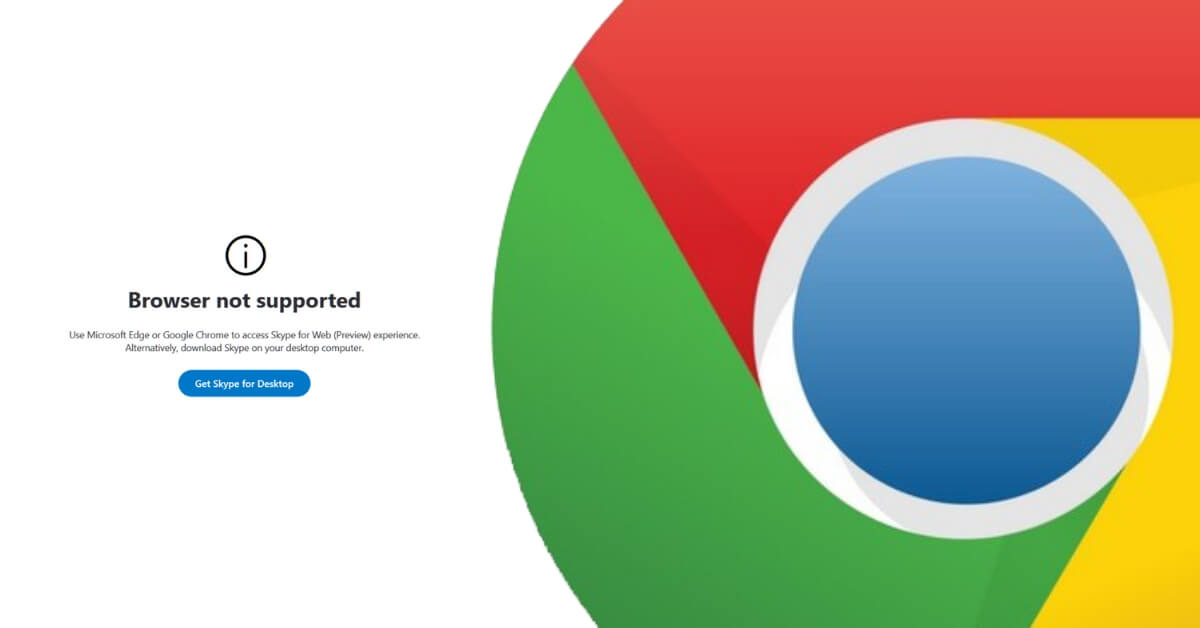 In a recent update by Microsoft, HD video calling, call recording and other features on the browser edition of Skype will no longer function on Safari, Mozilla or Opera. Microsoft is focused solely on building its products to be compatible with Google Chrome and Edge.

These developments point towards a future where we might have a ‘chrome-only’ web. This can cause a negative feedback loop and might help in creating a further monopoly for Google Chrome.

They released this update last week and the features coming out with this update work in Chrome and Edge only. Measures like these are not new to Microsoft. Back when the Internet exploded, the Internet Explorer Browser was one of the most used browsers and held a monopoly.

There was a situation where many websites actively supported and worked on Internet Explorer only. 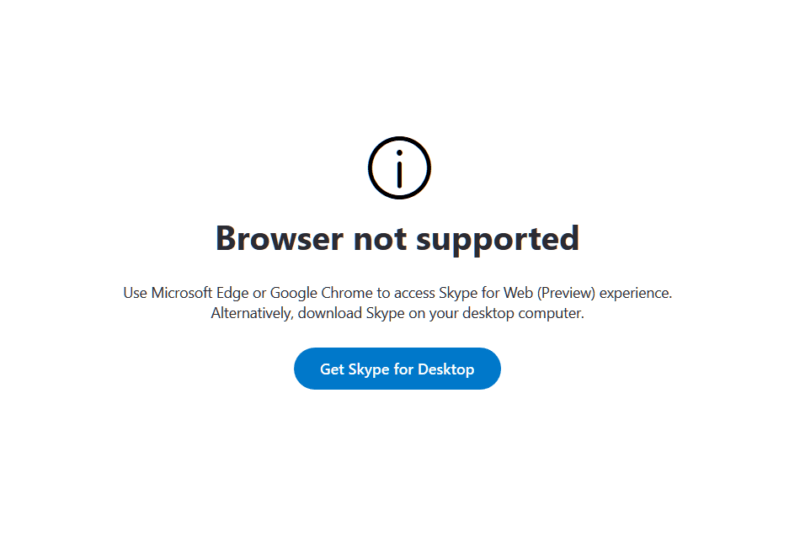 Previously, the developers working on Skype said there were codec issues which disabled them to extend support to other browsers. But with the tech advancements and features in the browsers, codecs are no longer an issue. With a few tweaks and some additional work, which is very much doable, Skype can be supported on Firefox, Safari, and Opera easily.

The attitude of Microsoft seems less like reluctance and more like a deliberate step into promoting a Chrome-only web in the future. As a matter of fact, it was known that Microsoft quit using EdgeHTML rendering engine and switch to Chromium engine.

This engine is an open source engine upon which the Google Chrome is built.

Microsoft has said that they have stopped supporting other browsers based on “customer value” apart from technical issues. They are of an opinion that customer value is enhanced by supporting popularly used browsers only.

But then, Skype was basically built on a framework that supports and eases cross-development to a great extent. In such a case, opting to not support a few browsers turns out to be rather ironic.

Also, Skype is built using Re-actXP, which is based on React and React Native. Mozilla supports ReactXP – in such a case, it shouldn’t be a daunting task to offer support on Mozilla Firefox at least.

Microsoft’s attitude towards not supporting less widely used browsers will surely pave a way towards monopoly in the coming future.