The activists had been archiving the articles that the Chinese government had been suppressing.
Share

We recently reported about how Microsoft’s GitHub was being used to make a record of censored media reports in China.

But now, it appears that even that process has hit a snag.

Three activists from mainland China who used GitHub to publish officially censored information around the coronavirus epidemic in that country are now held by the police, an anonymous source has said.

In the report, GitHub is referred to as a “crowdsourcing” and “the world’s largest open source website” – but it’s core purpose is to host software development programs via Git version control programs.

However, these are powerful and versatile tools, and GitHub has many features that make it useful to those who want to collaborate on publishing “prose” rather than code – in this case, collecting articles about coronavirus that China’s state control media had previously removed from the internet.

One GitHub account used for this purpose was called Terminus2049, and this is where the trio that was first reported missing – to then turn out to be under police detention – made their contribution, joining many others.

The Terminus2049 account, launched in 2018 to collect a variety of media articles banned in China, seems to have a hit a serious snag when it started adding coronavirus-related censored information to its repositories.

Cai, Uang, and Chen, all three Beijing residents, disappeared on April 19, said a source close to them who has not been named.

The police, contacted by their family and friends eager to find out what happened to the trio, at first would not admit that they held the activists.

Only five days later did a Beijing district police administration let two of the families know that they are being held at an unknown location “for picking quarrels and provoking trouble,” the report said.

An interview with Wuhan Central Hospital doctor and whistleblower Ai Fen was among the articles republished by Terminus2049.

In March, the interview first appeared in Chinese media, but then quickly disappeared. Ai testified that information about the first coronavirus cases was known in late December and that she suffered consequences for published that on WeeChat, thus “raising the alarm without permission at the start of the outbreak.” 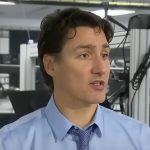 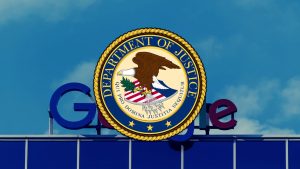