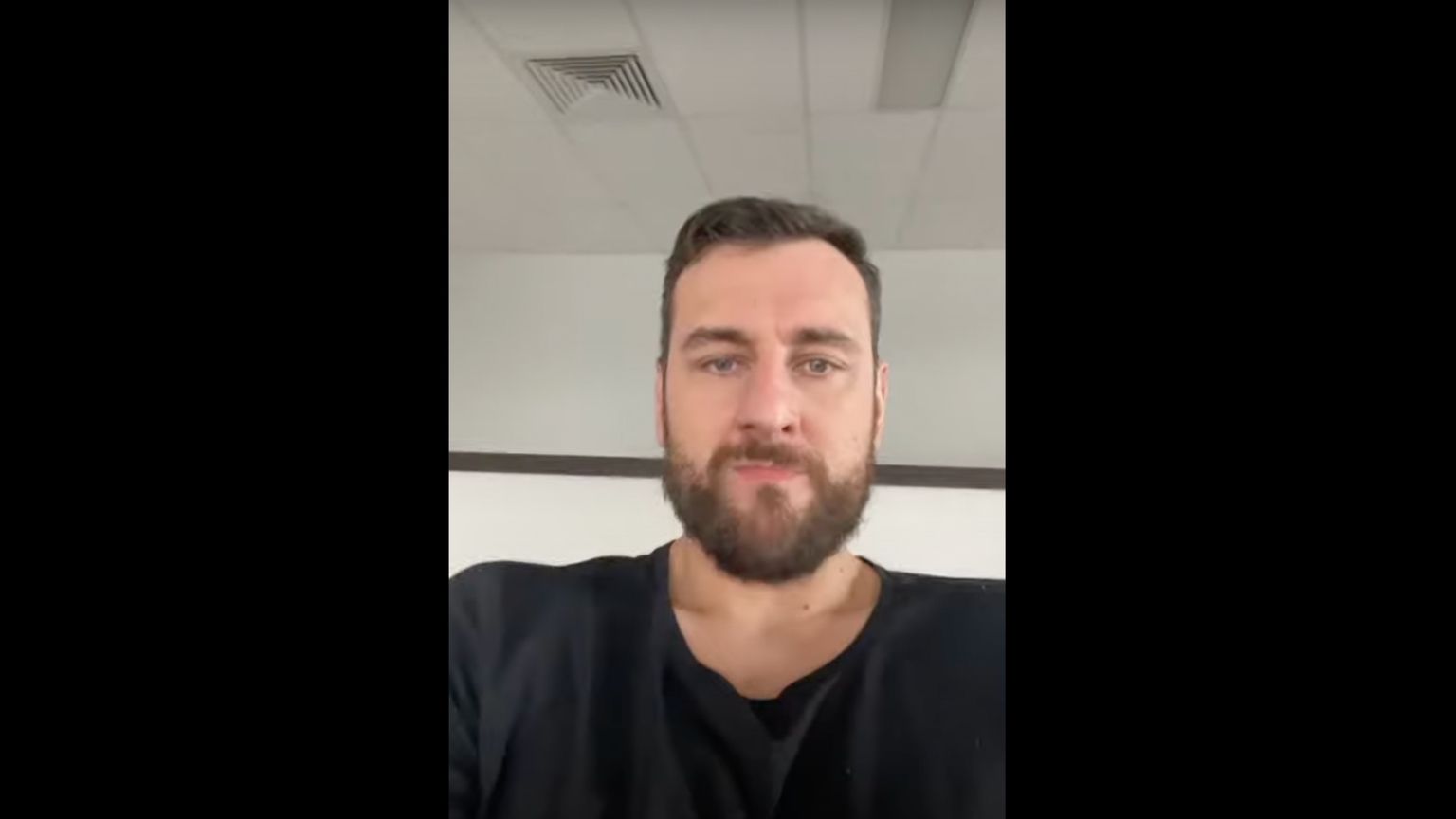 Australian NBA legend Andrew Bogut took to social media to speak up against the extreme lockdowns in the country, saying they are unfair to those who have to fend for their families. Interestingly, he said that celebrities are being offered money to support the lockdowns on social media – something he too was offered.

The former NBA star also complained about celebrities not speaking up for their fans who are losing their livelihoods due to the lockdowns.

In the first Instagram video posted, Bogut claimed to be speaking for the “working class” who are in danger of losing their jobs.

In the second video, posted on Sunday, the basketball star was more direct.

Bogut Criticized other celebrities for not speaking up against the injustice of lockdowns.

Bogut claimed that it is only “two percent [of celebrities] at best” that are speaking out against the government in Australia.
He clarified that his rant had no political agenda, before proceeding to call out his fellow celebrities.

“This isn’t a left vs right and you people that are on team politics, either side, left or right, you’re missing the point,” Bogut said. “You’re being divided, you’re being tallied up against each other, right.

“But you athletes and you influencers that have all these sponsors and marketers behind you pushing promos to the plebs that buy your shit, where’s your voice? Why aren’t any of you speaking up?

“Imagine being told you’re not essential to go to work and make money for your family.

“The people that are laborers and out in the public and in the workforce and out on the road all day, they’re deemed not essential? Nah, I’m not rolling.”

Bogut claimed that celebrities were not speaking up because they had been paid to promote a different message.

“When we have people that have a following, that have thousands upon hundreds of thousands upon some millions of people that follow their every word, that respect what they say for whatever reason … whether you’re an actor, an actress, a sports star, an influencer from getting a nice boob job and looking good, I don’t care. Whoever you are, why don’t we hear you speaking up?” Bogut said.

“The silence is deafening. Let me give you the reason why.

“Last year about three or four months into this pandemic, I got a message from somebody. I’m not going to name who it was or where it came from. I got offered money to put out a public service announcement, for you everyday plebs to stay home. It would have been something like this: ‘Hi I’m Andrew Bogut … it’s your duty to stay home. Do the right thing for the community.’

“‘You stay home, do the right thing for the community, we are all in this together.’ I refuse to do that shit.

“Put two and two together. Why do you think a lot of these people haven’t put these messages out? Why do you think people put contra messages out saying, ‘Do the right thing. Don’t do this, don’t do that. You’ve got to stay home. You’re not essential, I am’.
“They’re getting paid for that shit for the most part.”