Social media giants are relentlessly pressing on with their war on coronavirus information. Often, obviously dangerous or harmful fringe ideas are cited as their targets of censorship and provided as justification for it, but things are not that straightforward.

Time and again during this declared pandemic, YouTube, Twitter, and Facebook would take down or limit visibility of content provided by scientists and medical professionals, for no other visible reason than failing to strictly toe the official line set by the World Health Organization, and even for asking questions and showing skepticism.

Other times it’s about suppressing “unwanted” politics and ideology, and sometimes, like in the case of a news conference organized in Washington and streamed by Breitbart, it seems to be both.

The press conference was organized by the Tea Party Patriots with participation of members of America’s Frontline Doctors group. It drew a massive online audience for Breitbart who published a livestream from the event: on Monday afternoon it was the best-performing Facebook post, leaving Hillary Clinton and Kim Kardashian in the dust, translating into 17 million views. It was at this point that Facebook decided to remove the video.

One person’s information is another’s disinformation, and ironically, both Facebook and the doctors who spoke at the press conference said their goal was to fight coronavirus disinformation campaigns. But they clearly have different things in mind.

America’s Frontline Doctors, whose founder is doctor and attorney Simone Gold, were joined by Congressman Ralph Norman, criticized the way “so-called experts and media personalities” were setting the tone and direction in fighting the virus, thus, according to the speakers, endangering America’s democracy and undermining the Constitution.

But social media giants said this content was in violation of their coronavirus rules and decided to deal with it like they have done countless times since March with other dissident posts and videos – by removing it.

When asked for comment, a Facebook spokesperson said, “we removed it for sharing false information about cures and treatments for COVID-19.” 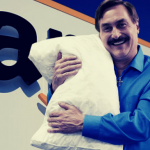 Petition to pressure Amazon to ban MyPillow products reaches over 90,000

Amazon is yet to cave. 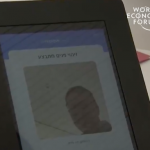 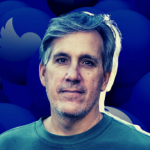 Petition to pressure Amazon to ban MyPillow products reaches over 90,000

Amazon is yet to cave.

The move has been described as “dystopian.”