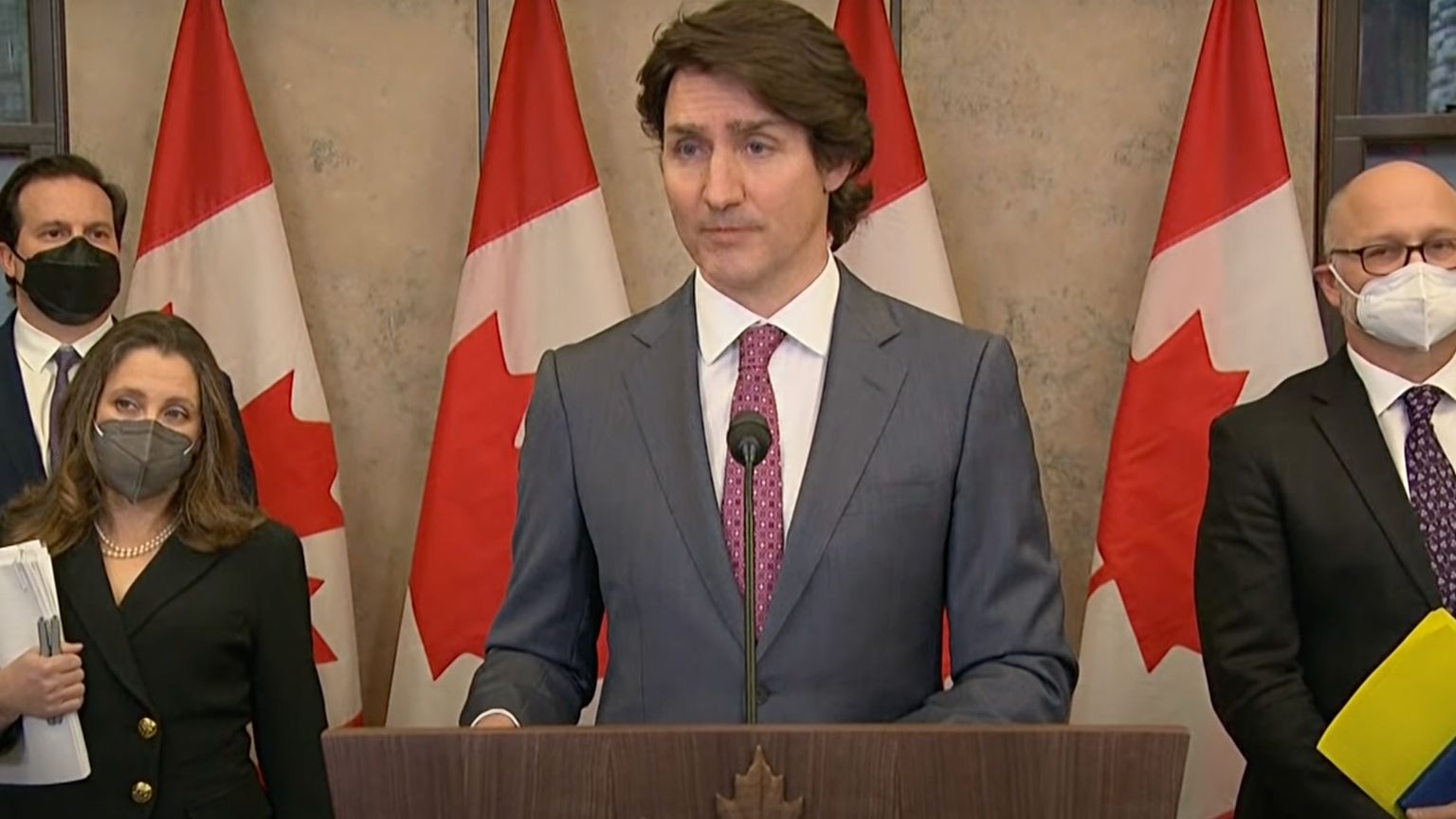 Many may have hoped that the worst of the deep societal divisions brought about by the way countries around the world decided to deal with the pandemic are now behind us – but Canada begs to differ.

On Monday, Prime Minister Justin Trudeau decided that it was a good idea to reach for the Emergencies Act in a bid to put an end to weeks-long civil liberties protests in that country, spurred by grassroots, trucker-driver-driven events.

And, it appears, one of the punitive measures could be to cut people participating in a democratic dissent event off from their income – by “freezing” their bank accounts.

Canadian protesters may have taken a leaf out of the book of those trying to get their point across from many protests across the world over the years: blocking important roads, border crossings, and the like. Well – as a peaceful protester – how else would you hope to get your point across?

But Canada&rsquor;s Trudeau&rsquor;s thin political skin showed up here in full display when he decided to let his ministers know he decided to use the Emergencies Act, legislation put in place instead of the 1988 War Measures Act.

Trudeau&rsquor;s explanation to his cabinet was that the extraordinary – and extraordinarily usual measure – was something that the federal government was doing, in essence, to try to put right the shortcomings (“supplement”) the provincial, etc., government decisions in Canada.

Trudeau may wish, and his wish may be granted, to forget this time he essentially questioned the value of the governmental/territorial system of his own country – just to deal with a trucker protest. And in the grand scheme of media things, his wish may well be granted.

“After discussing with cabinet and caucus, after consultation with premiers from all provinces and territories, the federal government has invoked the emergencies act to supplement provincial and territorial capacity to address the blockades and occupations.”

That&rsquor;s what a press conference heard this week.

Not even Trudeau wants to think that authoritarian measures – whether or not that&rsquor;s true – are permanent. No – he told reporters that this “lex specialis” will be limited in time and space. And the Canadian Army won&rsquor;t be deployed – what a reassuring, and frightening at the same time remark from any prime minister that is.

But then there was also this: Canadian Finance Minister Chrystia Freeland is quoted as saying that banks and other financial institutions in Canada “have the authority to temporarily cease providing financial services where the institution suspects that an account is being used to further the illegal blockades and occupations. This order covers both personal and corporate accounts.&rsquor;

Freeland – now, could there ever be a more “nominative determinism” coupled with an industrial complex fueling the sheer irony of a person&rsquor;s name – in the context of what the person, so unluckily, is trying to convey?