Change.org removes petition calling to change the coronavirus name to the “kung flu”

The platform says it violated their community standards.
Share

After the coronavirus, which originated in China, became a pandemic, media outlets are reporting that Chinese citizens and people with Asian origins have been at the receiving end of racial discrimination, backlash, and ridicule. 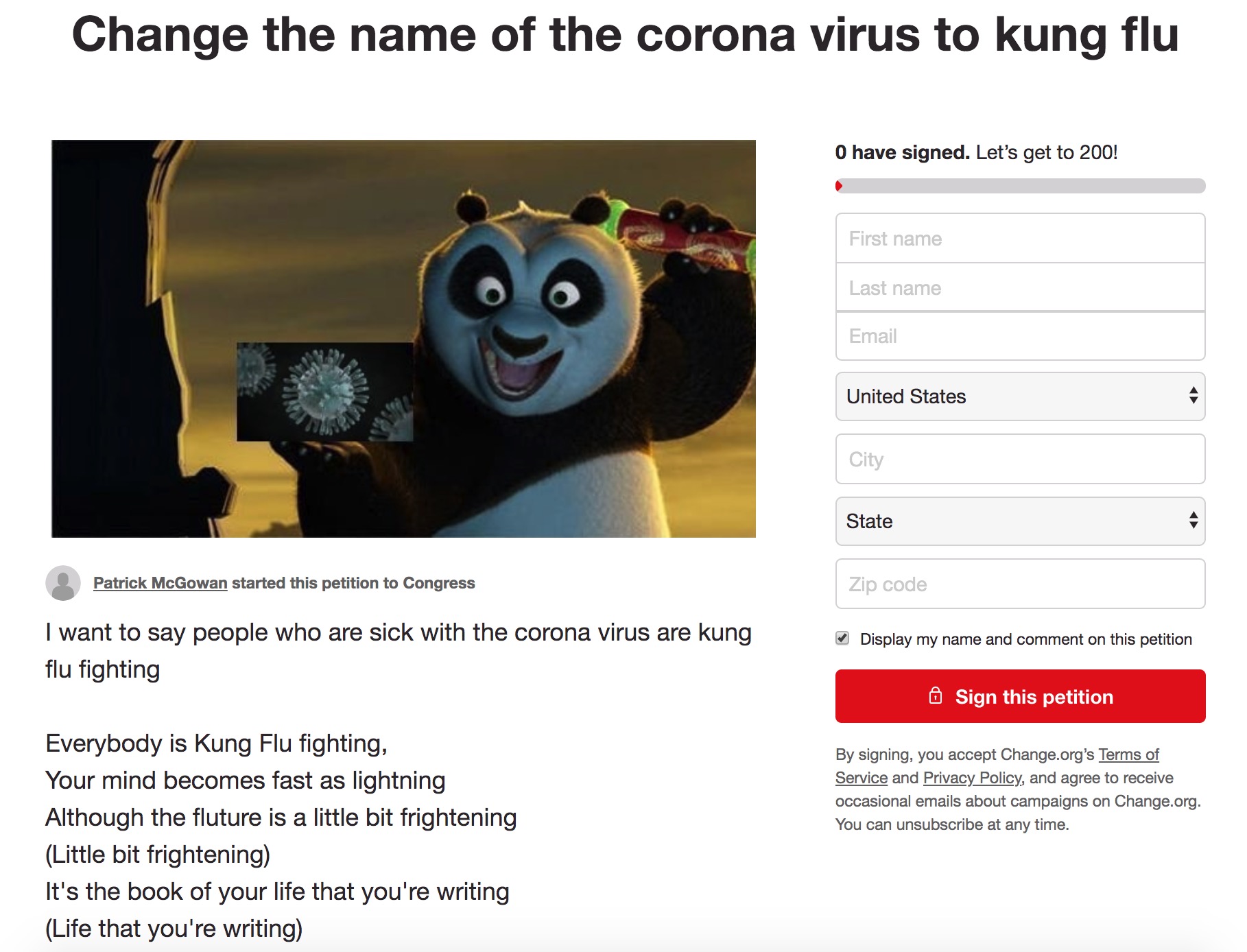 Moreover, the petition also contained the lyrics to the song “Kung Fu Fighting” with the word “Fu” being replaced with “Flu” to give “Kung Flu”.

Change.org removed the petition – later saying, when asked, that it violated their “community guidelines.”

There&rsquor;s nothing on the page at the original URL to show that the petition had been removed.

The URL for the page now simply shows the following:

The term “Kung Flu” was first allegedly used by a White House official when an Asian reporter was present in the room.

Weijia Jiang, a Chinese-born American journalist was the one to allege that that she was at the receiving end of the remark. However, she refused to identify the individual who made the remark, meaning that no one is able to look into whether her claims are true.

This morning a White House official referred to #Coronavirus as the “Kung-Flu” to my face. Makes me wonder what they’re calling it behind my back.

“This morning a White House official referred to #Coronavirus as the ‘Kung-Flu&rsquor; to my face. Makes me wonder what they&rsquor;re calling it behind my back,” complained Jiang.

After questioning whether a White House official referred to the coronavirus using such a phrase or not, she said that she wanted to know if Trump thought it was “wrong.”

“A person at the White House used the term ‘Kung flu,'” Alcindor said.

“Kung flu,” Alcindor said again. “Do you think the term is wrong? And do you think using the term ‘Chinese virus&rsquor; puts Asian Americans at risk, that people will target them?”