The Daily Mail says its search visibility has been deranked by Google.
Share

UK-based news outlet The Daily Mail has filed an antitrust lawsuit against Google, citing among many other things, the coverage of the Royal Family. The tech giant, which has a monopoly in the search engine and ads market, is facing antitrust lawsuits by the Justice Department and several state attorneys general.

“This lawsuit is to hold Google to account for their continued anti-competitive behavior including manipulation of ad auctions and news search results, bid-rigging, algorithm bias and exploiting its market power to harm their advertising rivals,” a Daily Mail spokesperson said in a statement.

The lawsuit, filed at a Manhattan federal court, accuses Google of manipulating search results depending on how much a publisher spends on ads through the search giant.

A spokesperson for the Daily Mail said that Google has suppressed its coverage of the Royal family this year.

Its articles have not prominently featured on search results for keywords such as “Prince Philip,” and “Meghan and Harry.” Additionally, a search for “Piers Morgan,” a columnist for the news outlet, shows results from The Independent, The Guardian, and other publications before showing results from the Daily Mail.

The Daily Mail is a UK-based news website with about 75 million unique monthly visitors in the US alone. 80% of its revenue comes from ads, which are sold on ads exchanges. However, according to the lawsuit, Google has engaged in antitrust practices such that it controls over 50% of the ads exchange market and about 90% of the software used to sell ads.

“Google manipulates the process of real-time bidding to exclude rival exchanges, underpay for publisher inventory and ultimately reduce the quality and quantity of online news,” the suit states.

Because of Google’s anti-competitive practices, the Daily Mail switched the way it sold ads, and it increased its ads revenue by 124%. But, according to the suit, Google hit back. In June 2019, the news outlet’s website was removed from search results, following an update to Google’s search algorithm.

“Typically, these modifications are made unannounced and with no transparency,” the suit states.

The website was unavailable on search results for three months, when the Daily Mail accepted Google’s terms, which were a 100% increase in the ad inventory it sold on Google’s exchange. The suit alleges that Google was paying only half of what the news outlet was getting after it ditched the search giant.

Google said it had not done anything wrong.

“The Daily Mail’s claims are completely inaccurate,” said a Google spokesperson. “The use of our ad tech tools has no bearing on how a publisher’s website ranks in Google Search. More generally, we compete in a crowded and competitive ad tech space where publishers have and exercise multiple options. The Daily Mail itself authorizes dozens of ad tech companies to sell and manage their ad space, including Amazon, Verizon and more. We will defend ourselves against these meritless claims.”

The lawsuit seeks unspecified damages and for the court to stop Google from the alleged unlawful practices.

Google’s monopoly in the search and online ads industry has also attracted antitrust lawsuits from several attorneys general and the Justice Department. 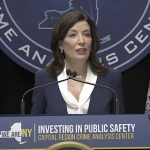 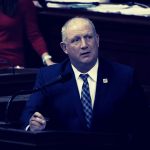